Blockchain Philosophy: From the Womb of Ethereum, EOS Will Be Born.

Could not help but think on Christmas how EOS is being birthed out of Ethereum, literally. It is a wild idea but true nonetheless, Ethereum is the mother and we are the father. So what does this mean? 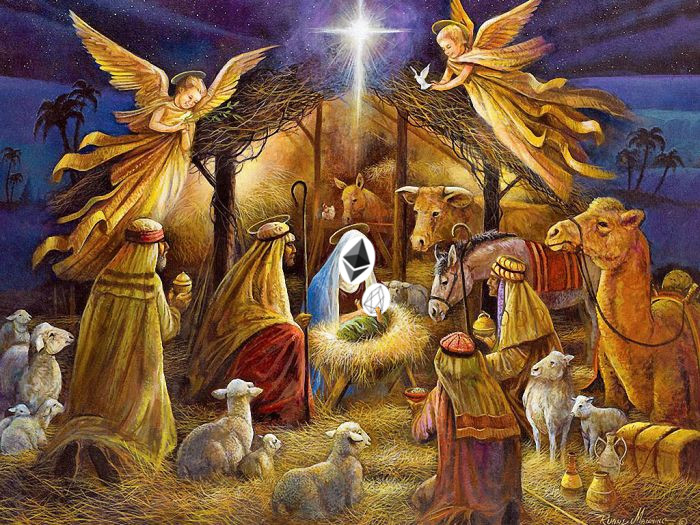 First and foremost I feel like credit to Ethereum. I have been involved with the platform since genesis and had high hopes just like everyone else. That being said I am also aware of its shortcomings, anyone that has tried to develop on it knows what I am talking about. The main issue is the transaction throughput and fees.

Lately I have been comparing bitcoin to AOL when talking to new investors. The hype has been real lately and many people are deciding to jump on the wagon. During the dotcom bubble AOL was the best and had a great reputation but over time it became dated and could not keep up. Bitcoin has proven to be in that exact same situation, it works but cannot scale and update to new demands.

After reading the EOS whitepaper I did some testing on the github and was sold on the platform. I did my best to promote it to friends as I had with Ethereum. Only a couple took my advice and of course the others now wish they had. That is only from an investment standpoint though, there is still a lot of opportunity in development and deployment.

EOS will solve a lot of outstanding problems in blockchain tech right now and stand as a wonderful platform to operate from. It still has to give credit to those platforms before it from which it was created out of. Most of which being Ethereum, its mother.

I agree with the AOL comparison.

It's a great analogy!

I love how you compare BTC to AOL. That really is a perfect analogy and I might just use that when trying to explain the faults of BTC to those that do not know.

oh yea, its apples to apples. I saw an article last week about how new bitcoin users are moving to litecoin because of the faster block times and cheaper fees. I was laughing to myself about how far these individuals are behind in the grand scheme of things.

Great art very great i love art and i love this earpost,upvote me dear

Thank you for sharing this great post with us

Your best photo have explained every thing. Great.