patricklemarie (46)in #english • 5 years ago

As a translator I need a few tools to help me perform my work.

I started translating in 1982. At the time I mainly used specialised dictionaries and my own documentation, I collected here and there (various catalogues of spare parts and equipment for instance).
I sometimes had to go to Pompidou Centre Library in Paris when I had something more demanding. 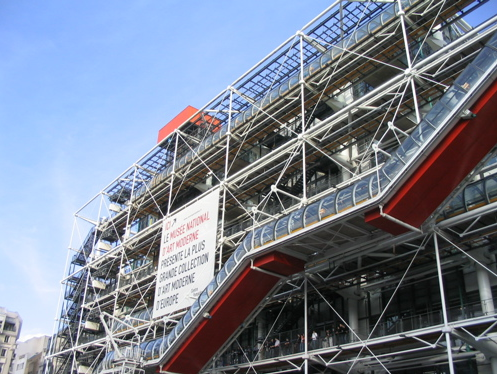 When first machine translation software was available, I carried out a few unsuccessful tests that convinced me that translators‘skills were still much better. I was at the time really confident about my future, all the more as The Internet was not really allowing other translators located outside France to compete with me on account of the time it took to send a translation to the other side of the globe.
As technology improved in this domain, I regularly checked what I was offered, without really being convinced. A few years ago I also started using Linguee which is a web service that provides an online dictionary for a number of language pairs. Linguee incorporates a search engine that gives access to large amounts of bilingual sentence pairs found online, especially from bilingual websites. I even found texts from my websites indexed by Linguee. It doesn’t mean Linguee always provides you with 100% accurate language pairs and the professional translator must still check the source of the suggested bilingual paragraphs. Most of the time I trust documents published by the European Union or the Canadian Government or other well-known institutions. 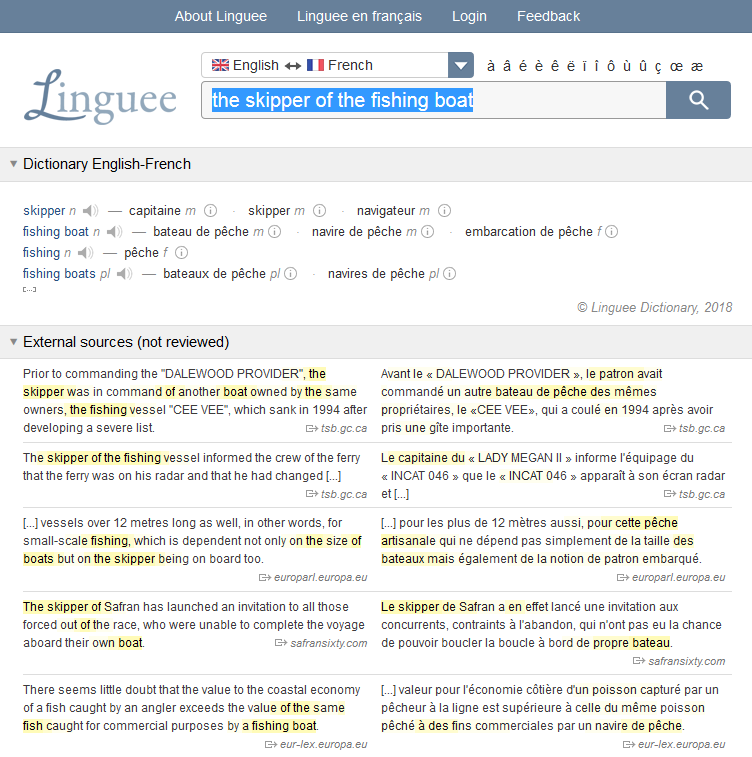 I also use IATE the European language database to cross-check sources. Until a few weeks ago I thought my translator life would go on as usual with probably a few technological improvements similar to Linguee but with no striking revolution.
However a month ago, a relative told me “Patrick I am going to show you something that is going to kill your business !”. DEEPL

I doubted his assertion, but as I am not the kind of man who is certain about everything, I decided to try my present (and future) competitor.
I put Deepl machine translator through a simple test as follows:

I carefully checked the translation from French into English, eager to find any error.
I did not find any. Honestly (as you will notice) the target paragraph was fully satisfactory.
OK my dear “translator robot” do you think I am the kind of buddy to give it up after the first attempt?
I found something a bit more difficult, a bit trickier. A paragraph written in French by one of my clients, a marine surveyor.
And the experiment went on as follows:

Deepl Translated target paragraph:
"According to the shipowner's statement, during the last trawl trip, the master felt strong vibrations at the propeller.
The skipper disengaged his engine and noticed that he had just engaged his propeller with an unidentified line drifting between two waters."

I examined how my translator buddy had translated “dernière marée” which is not that easy to translate if you don’t take the context into account.

My machine translator buddy chose “trawl trip” which is correct when taking the context into account.
Ok, Ok wait a minute …

For “Capitaine” it translated “Master” which is also correct.

However the French marine surveyor used a synonym in the second paragraph to refer to the “Master” (le capitaine), “Le patron” also meaning the “Master” in English, and this time my robot translator (my translator buddy) chose the term “Skipper”, which is also correct when you refer to the master of a fishing ship, even though “Skipper” is often used to refer to the sailors competing in sailing races such as Transat Jacques Vabre departing from Le Havre, for instance.

You got me my dear robot translator; you son of …. Artificial Intelligence!

When I think you were born in July 2017. At your age I could not even speak my proper mother tongue correctly!!

Have you ever wondered what your future is going to be thanks to or because of Artificial Intelligence?