Gazpacho the drink of the summer in Spain 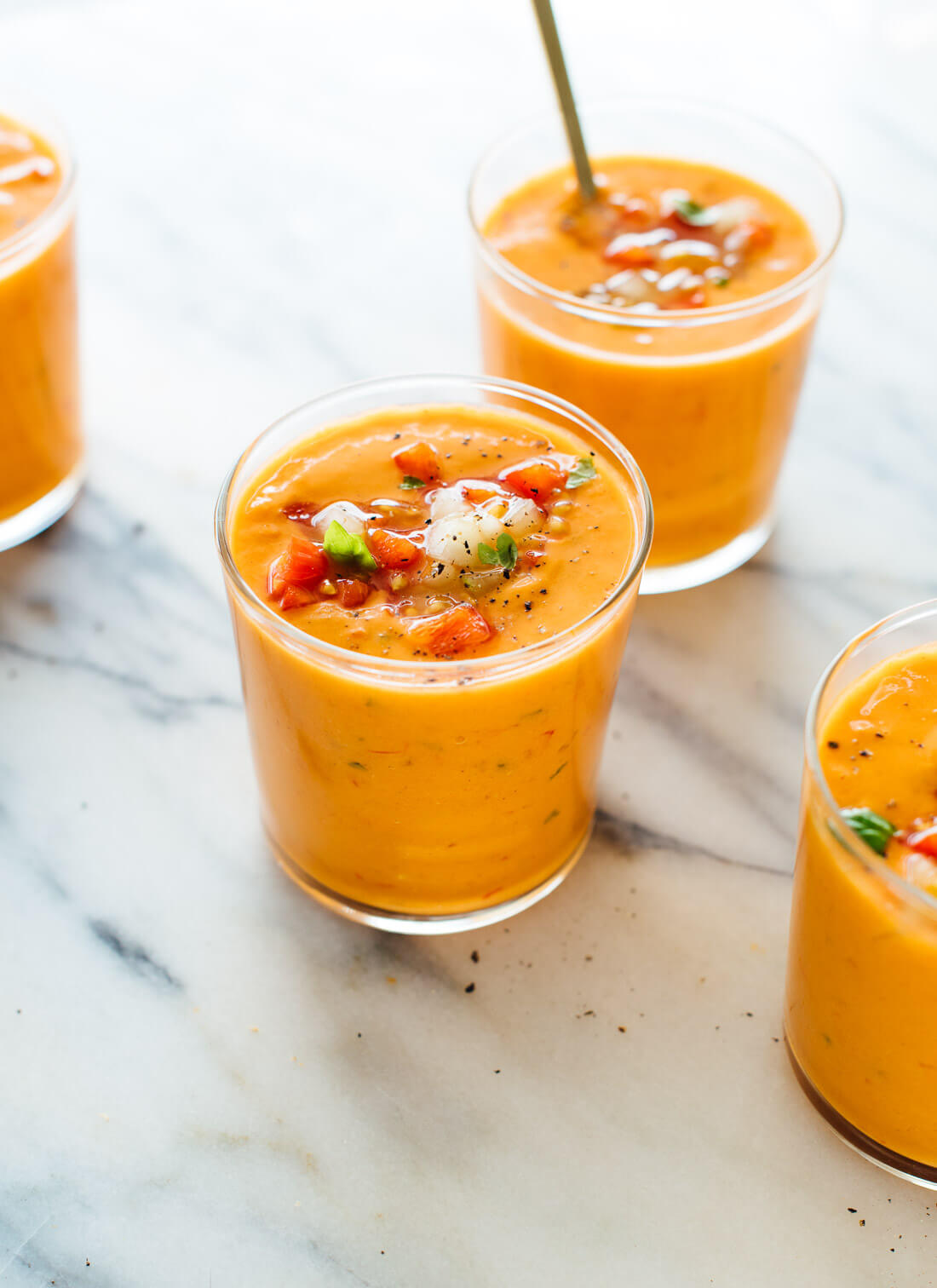 It is a traditional cold soup that can be found in different regions of Spain such as Extremadura, Andalusia or Castilla-La Mancha. The most popular is the Andalusian one, which is made with tomatoes, peppers and garlic (all chopped), among other ingredients. In addition to being healthy (it is an example of our Mediterranean diet), it is delicious. Ingredients Ingredients for 4 people: 1 Kg. of ripe tomatoes, 2 small green peppers, 2 cloves of garlic, 100 g of farmhouse bread, 4 tablespoons of extra virgin olive oil, 1 tablespoon of sherry vinegar, water, hard-boiled egg, bread and salt. Preparation Crush the bread (previously soaked in water) and the chopped vegetables in a bowl with the desired oil, vinegar, salt and water, depending on how thick you like it. Currently, the mixer is used, which has the advantage of achieving a better crushing of the ingredients. Presentation Serve in four individual earthenware bowls. It is usually accompanied by tomato, cucumber, green pepper, onion, bread and hard-boiled egg, all of which are often chopped. Each guest will be served according to his or her taste.

Yes, Gazpacho is a very traditional drink in Spain.
but hard boiled egg is not part of a gazpacho recipe...

Congratulations! This post has been upvoted from the communal account, @minnowsupport, by kaudipo from the Minnow Support Project. It's a witness project run by aggroed, ausbitbank, teamsteem, theprophet0, someguy123, neoxian, followbtcnews, and netuoso. The goal is to help Steemit grow by supporting Minnows. Please find us at the Peace, Abundance, and Liberty Network (PALnet) Discord Channel. It's a completely public and open space to all members of the Steemit community who voluntarily choose to be there.

You got a 6.58% upvote from @whalecreator courtesy of @kaudipo! Delegate your Steem Power to earn 100% payouts.