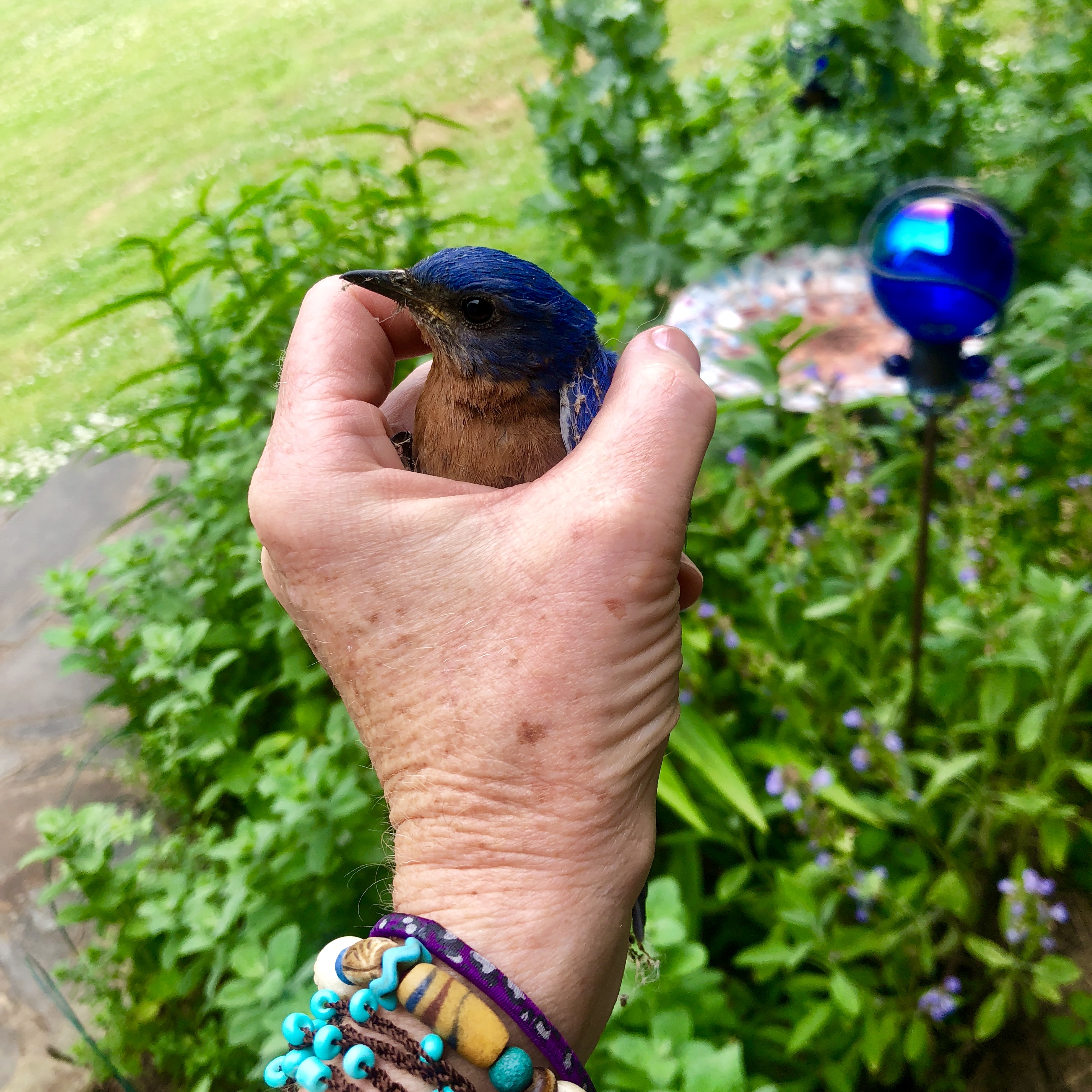 It seems that lately in the spring of the year we will have over abundant rainfall until I plant my garden and then is won’t rain significantly for a couple of weeks. I’ve just gotten my tomatoes, cucumbers, and squash in the ground and now it is dry. I decided to take a couple of buckets of water down to the garden to give them a drink. As I was watering, a flash of bright blue in the grass caught my eye. There was a beautiful male bluebird fluttering in the grass with an injured wing.

I carefully picked him up and carried him to the house. I remembered that we had an old cage in our storage room and located it and put the bird in the cage with some water in the garage. I went online to see where the nearest wildlife rescue was and unfortunately it was about an hour and a half away. Technically it is illegal to keep wildlife so you are supposed to take them to an expert. I thought that I might just see if I could give him a little time to heal on his own. 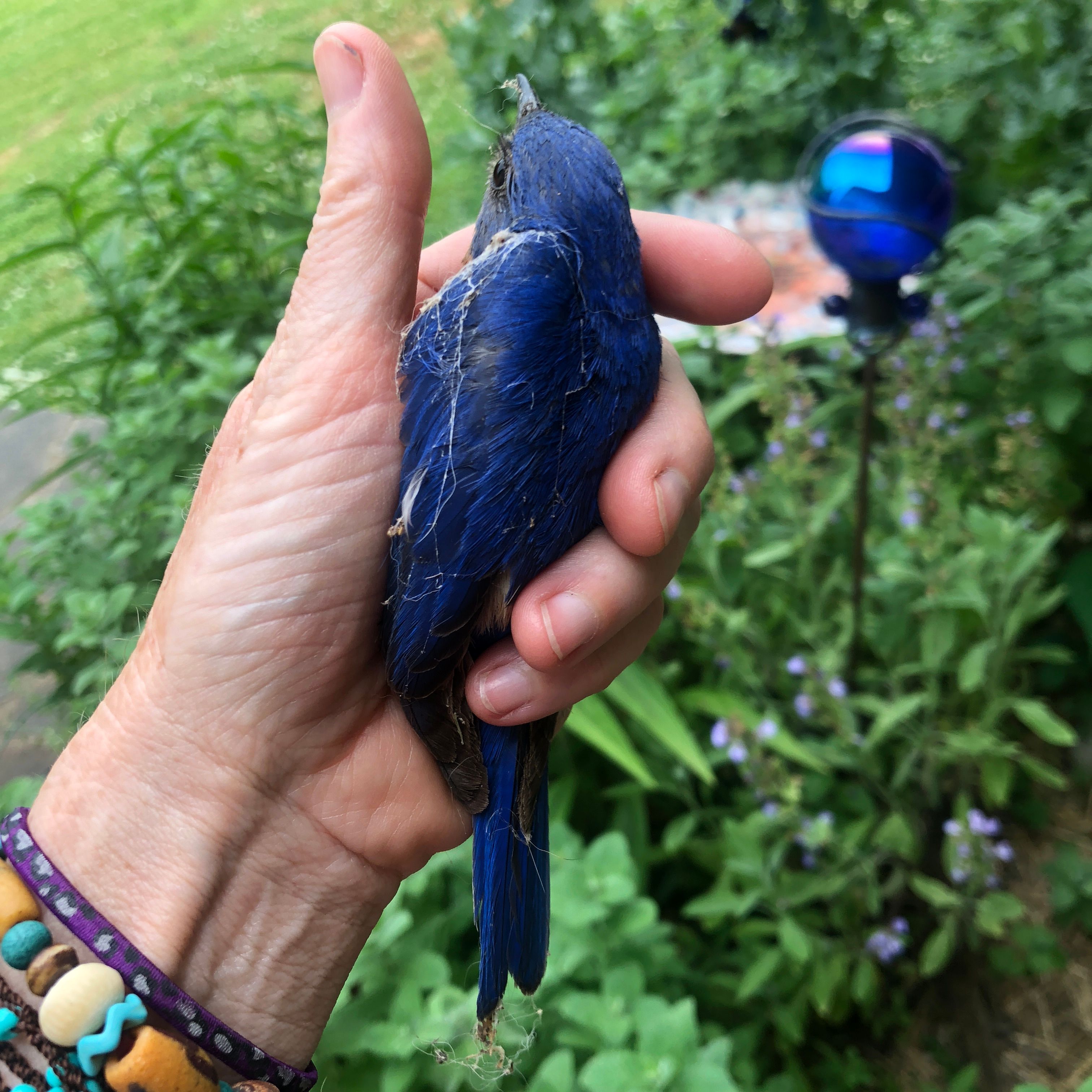 I had to head to town for some appointments so I left him in the cage, in the garage. He could hop around and perch on some sticks that I had in there so I figured he would be okay while I was gone. When I got back, the cage was empty. He had squeezed through the space between the wires.

After a short search, I found him hopping around under a shelf covered with cobwebs. I then decided that the wisest course of action would be to release him in some dense brush at the edge of the forest where he could hide, find his own bugs and seeds to eat, and let his wing heal. I cleaned him of the debris and gave him some advice and a little blessing and he hopped away into the bushes.

The same day I tried to rescue a starling that had flown down the chimney of our wood stove and was trapped inside. I opened the door and let him fly out into the room and quickly went to open the outside door so it could escape and then when I looked around it was nowhere to be found. Hopefully I won’t find a stinky mess in a few days. Maybe he had special powers of invisibility and flew out the door without my seeing him.

Ah....the joys of country life. Thanks for stopping by Stillwaters Farm!

Bless you! Awesome story. The little bird thanked you for sure for your kindness. Birds are known to have great memories (especially crows/ravens). You never know, you might see it again some time. :)

Yes, I’m fascinated by crows too! It would be awesome to look out my window and see it sitting on the rail outside.

This might sound silly but I've actually tried communicating with a few crows, talking to them like you would a friendly dog in passing.

My hope was to somehow run into another bird days later and have a moment that leads me to believe it was the same bird I spoke to. Crazy I know!

Not crazy at all! Sounds like something I would do. 😊🐦

The colour is so striking, how gorgeous. Where do u live?

Thank you! I live in Middle Tennessee.

Oh wow, two birds came on your path in one day huh! That's special! And they both seemed to want freedom. Could they have brought you a message? maybe they just wanted your advise and blessings :-)

Hmmm...that’s a very interesting perspective. I will have to meditate on that question. 😊💕