Sally Albright is not helping the left she is only undermining the left. Bernie Sanders is one of the most popular politicians in the U.S and Sally should be happy for Bernie not hating on Bernie Sanders.

Huffington Post is not credible. They are extremely left leaning and very biased.

You are commenting on a video by Jimmy Dore, someone who ACTUALLY represents leftist politics, and you hope to discredit Huffington Post by accusing them of being "extremely left leaning"?

Yeah. And you question that why? Go figure, one liberal posting other liberal BS

Care to elaborate? How extensive is your sampling to come to this conclusion? What is your method of rating left vs right? Then explain how relevant this is.
If you're contributing to discussion then do so effectively, otherwise you're just part of the peanut gallery and should just stick to Facebook where everything is just a pissing contest.

What do you mean by ,"extremely left leaning" ? 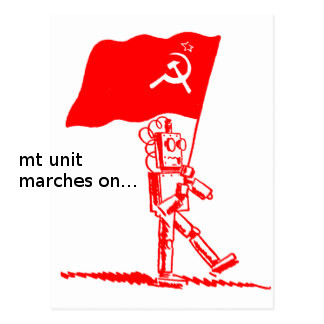 If you can’t figure that out yourself then I feel sorry for you.
Are you a communist? I see the sickle and hammer for your profile.
Also, try being original for once. Maybe actually think for yourself. All I see on all your comments are copy/paste BS over and over again.

Internet trolls paid by political groups (troll farms) have been "rumored" to exist as far back as the 2008 campaign at least. During late 2007 I started to notice how prevalent it was for certain candidates to be attacked in the comments sections of any article written about them. I did a little research into it and found a few people wrote that there existed groups of people paid to write comments.

This of course could not be easily verified, so it was dismissed by the MSM as just a "conspiracy theory." By 2011 or early 2012, I started writing a story that ended up being a novella I titled, Wackos to Obliterate. This ended up as a trilogy. In it, a sub theme of the series is a group of paid trolls. I wrote this before the MSM started to become obsessed by "troll farms" in Russia.

Currently, I'm uploading a chapter a day on my "beta" branch of a Brautigan Library Kenneth Wayne. Eventually, I'll have all the wackos available for obliteration.

Jimmy, can you please leave Hillary alone? I mean all the poor girl has to look forward to now is her own personal hot springs in the deepest depths of hell. She'll likely blame Putin for that too! We'll leave Hillary alone when she stays in those hot springs & out of the public. Her presence only hurts the U.S. 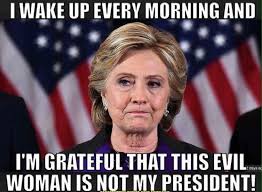 Honey, please troll yourself back on over to youtube. We come to steemit to avoid this kind of crap.