Symbolism in Moana _ Replacing The Masculine. 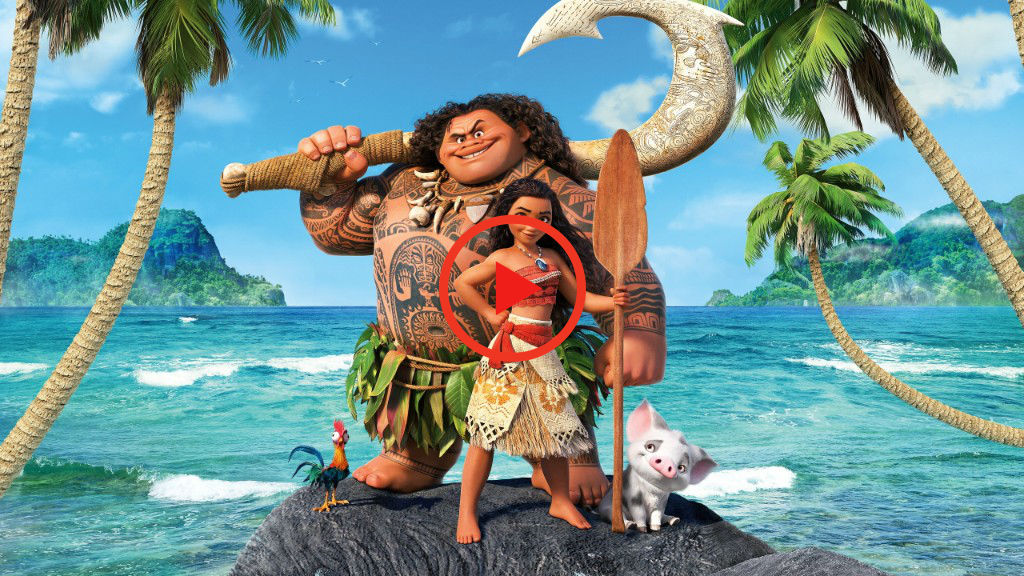 Disney's Moana is the prime example of the recent trend of replacing masculine imagery with the feminine in movies.

I offer an interpretation of the symbolism in Moana and how it plays out the gender ideology that is being inserted into popular culture through media and education.

Congratulations @symbolism, this post is the second most rewarded post (based on pending payouts) in the last 12 hours written by a Newbie account holder (accounts that hold between 0.01 and 0.1 Mega Vests). The total number of posts by newbie account holders during this period was 4246 and the total pending payments to posts in this category was $2390.73. To see the full list of highest paid posts across all accounts categories, click here.

You really sound like Jordan B. Peterson. And it's not just the words, it's even the intonation of your voice. I am wondering why's that.

I really liked the video, and I'm not trying to argue with you, but it seems you are mostly looking at western ideas when regarding to masculine and feminine, when for as long as human history, while the majority of people are in the binary extremes, there are a subest of people that because of birth defects, personal choices, societal demands, or a mixture of each, have been not regarded as either sex (Hijra/eunichs etc.).

What are your thoughts on gender as a spectrum? In example, I am male, I was born that way, will stay that way, but I'm not exactly the shining image of masculinity. I don't enjoy competitive sport or game, I tend to completely disregard braggarts or shows of dominance, and I have an interest in the arts. I'm not "feminine", for sure, but wouldn't a spectrum make more sense (albeit if maybe a little harder to talk about in english at the moment because of a lack of common vocabulary)?

This is an interesting comment, and the answers are every bit as interesting.

Human sexuality isn't just a duality of extremes, nor even but two ranges of possibilities.

Human hypersexuality is perhaps the trait that differentiates us from every other species. I have joked that it isn't writing, language, civilization, tool use, or any of these admirable qualities that make us different from other animals: it is the pimp.

While that is intended as a joke, it is nonetheless true. People mirror the sexual strategies of every other species, but the madam, pimp, or matchmaker has no analogy elsewhere in the animal world (except for birds, and bees, fertilizing flowers. But this is not a mode of sexuality for those fertilizing species, unlike our own).

Given our variability, not just in sexual strategies, and mechanisms used to compete for status, but in culture, I reckon there are spectrums of spectrums of interpretations, and expectations, of gender. The usurpation and simultaneous demonization of masculinity in the Western media presently is probably amongst the most toxic possibilities - particularly for women.

Men, after all, are expected to man up and tough it out when life unfairly does them harm, as being demonized does. Being simultaneously elevated to usurp the masculine (which this symbolism clearly attempts, both to point to the higher status of masculinity, and to usurp it), while demonizing that vaunted goal, is bound to induce cognitive dissonance, particularly in those women most successful at it.

What the purpose of that confusion might be, if it is even intentional, or given consideration beyond it's utility to create chaos, is unclear to me.

Because Disney has never ever, ever had princesses as main characters before.

Hi! Did you have the time to watch the whole video yet?

Sorry but I am work. However, I will watch it on my lunch break. I apologize for immediately being sarcastic without giving your content its due and full consideration.

So I watched the video and you make some good points. Assuming that your foundational points regarding the creation myths of Pacific Islanders is true, and I see no reason to challenge the veracity of it as you have clearly done your research, then I can see how the Disney reinterpretation of the myths emphasizes the feminine aspect of the myths while downplaying the masculine.

well, it's not just downplaying...it's downright incompetence that is portrayed on the part of the masculine and absolute virtue on the feminine. Symbolically it's unsound and ideological.

I think you're obfuscating an important point. You properly attribute feminism with virtue per the films ideology, but neglect to fully acknowledge that masculinity isn't merely incompetent, but evil.

The opposite of virtue is evil, and the masculine is being not merely mocked as incompetent, but reviled; not but derided but demonized.

You are absolutely correct that it isn't merely being downplayed, but neither is it merely being ridiculed. Demonized is the appropriate term.

I don't think its is more so making the masculine more feminine, but for the longest it has been a masculine energy running Earth. It is now time for the rise of the FEMININE energy!

To infinity and beyond!

you know i still have to watch this movie but the kids love it ... i know, i'll watch it when on the plane when i bucket list my trip to hawaii !!

Im gonna be doing an article on illuminati on cartoon network, the new teen titans is rife with that, and midrotting drivel.

For more information about this topic you can read what Camille Paglia says about the emasculation of society generally.

Nice...thought provoking indeed thank you for the content. JD

that is damn true..

Beautifully put in the video :)

it's really good work, you open your eyes to such obvious things that many do not notice and do not pay attention, but it nevertheless affects the brain and the opinion of people. I will recommend watching your video to your friends. Thank you

I think its fine if Disney wants to promote gender equality. Its kind of redundant at this point though, as most of their audience realizes that people are equal, and the ones who would disagree generally dont watch disney films. So I dont know what they are thinking they are going to accomplish...

What part of the video used the word 'equality'?

Either you didn't watch it, you didn't understand it, or you disagree with it.

Perhaps cutting through the miasma of propaganda would enable you to reach the point - one of them. This would inform you of the answer to the question you imply 'What are they thinking to accomplish?'

If the analysis of the symbolism is correct, it is the demonization of masculinity. Since this is exactly what we see feminists, liberals, and racists all doing in concert when calling for genocide of white CIS males, I agree with the video.

If you disagree, what do you think the answer to the question is?

Thank you for opening up people’s eyes.

I have watched movie before excellent work I am appriciating your work stay blessed. I am new here so please guide me , follow and vote me. I shall be very thankful to you

I'm 4 minutes in this video and i can already recommend u guys to watch it. very interesting.

A wonderful publication of a beautiful film

Nice post! The story line is quite educative. I follow and upvote. Do same for me to come up.

You are prolifically commenting in these last few days, I see your comments everywhere.

What you are telling us about you is that you are completely insipid, vapid, and void of substance.

That is what I am learning about you from comments you leave.

Only you can change that, by actually addressing the content.

If you have anything in you but empty words.

Pretty good one. Always good to understand stories from other perspective.
My personal tip: work on your narration flow. The way you talk doesnt feel natural yet. But good job there.