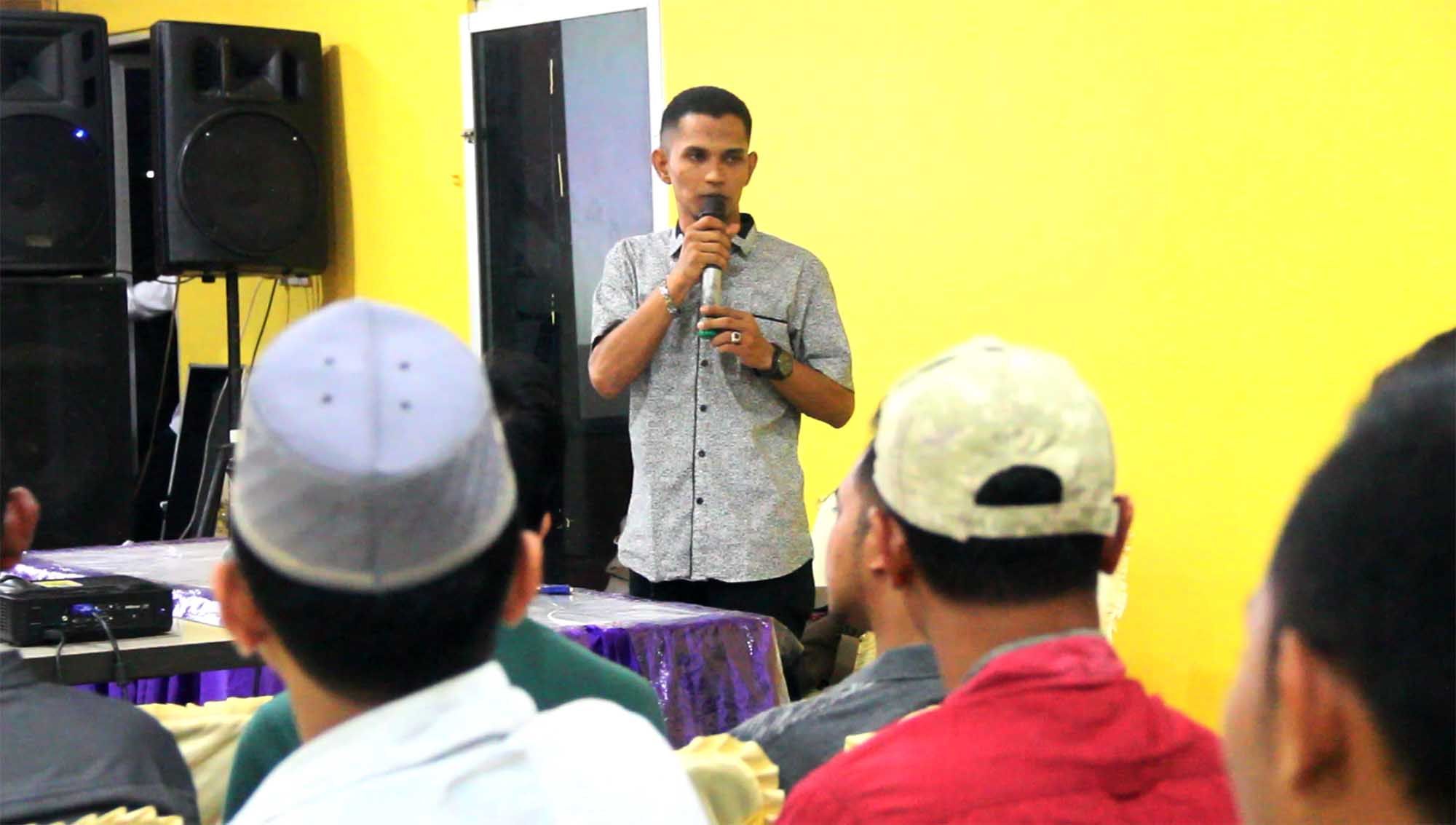 How are you all friends? hopefully healthy and always successful in everyday activities.

On .this occasion I will post about the seminar, "Steemit Writing and expansion of digital investment" which was carried out in cafee Pak Ulis, Saturday night (24/03/2018) in Lhokseumawe City, Aceh.

This event is beyond the expectations of the committee because the participants exceed the target and is the first spectacular steemit workshop in Aceh.

About two hundred people from different districts and cities attended the event and some came from the villages to learn more about Steemit and digital investments.

In the event, many newbie steemians present who want to learn about steemit and blockschain . The participants were very enthusiastic in hearing and attending a steemit workshop delivered by three steemian senior speakers.

I see many participants who do not know much about steemit and blockshain, but those remain excited for events that last about three hours more.

The three presenters are teukumukhlis, jumaidafajar, kharrazi and azirgraff who have long joined steemit and of course they have a lot of social media blogs are good about the writing and about the procedure of digital investment, and pakulis, as the entrepreneur who delivered his material about his view of Steemit.

The first material was delivered by @kharrazi after being invited by moderator azirgraff to convey the point about Blokchain and cryto currency. The material delivered by kharrazi about how digital investing in cripto curansy ranging from risks and profits to be gained by investors. With a typical laugh and funny style kharrazi deliver from the beginning apply Steemit, Blokchain and the currency cryto ..

@azirgraff who was appointed as moderator also participated in the introduction of the basics of steemit to beginner pesrta.

The second speaker was delivered by @teukumukhlis, who is a senior in steemit who joined since not November 2016, and currently works as a teacher and vice principal in (MTsN). 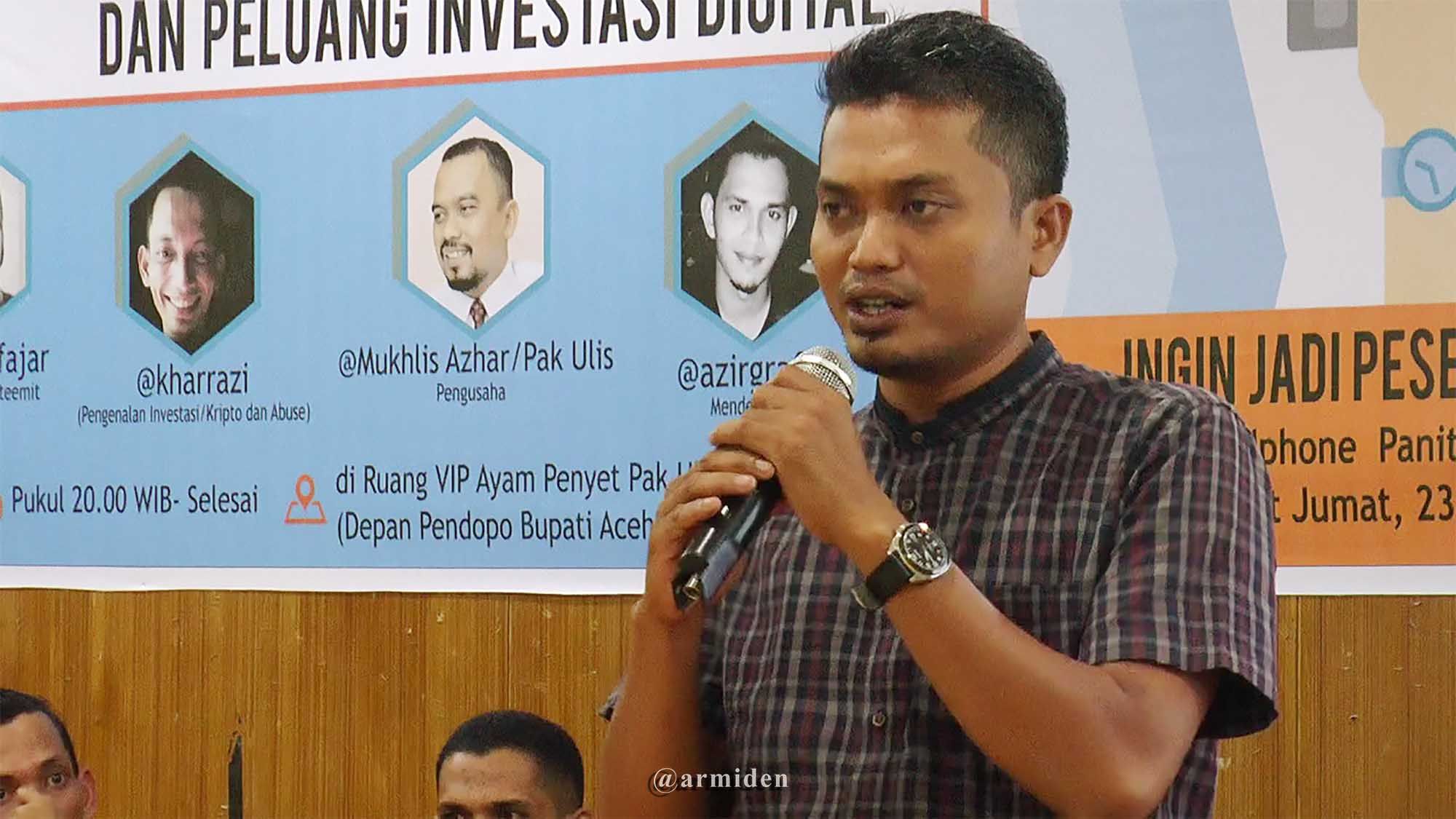 The second speaker was delivered by teukumukhlis, who is a senior in steemit who joined since November 2016, and currently works as a teacher and vice principal at (MTsN).

The material presented about the procedure to join in steemit and how to create a good post and writing.

teukumukhlis delivered the first start he joined in steemit because it is very hobby of writing and can share to others through his writing on the internet, and also write in steemit awarded in the form of digital money in the form of steam, SDB, and Steem Power.

teukumukhlis also explained about the experience when joining in steemit, he thinks steemit has made himself as a photographer.

In his presentation teukumukhlis also reminds the novice steemians not to do plagiarism, comment on short posts, and also do not put steemit links in other people's comments because otherwise would be in flaq.

In his presentation teukumukhlis also reminded the beginners of steemian not to do plagiarism, comment on short posts, and also do not put a link steemit in others comments because it will be in flaq.bila person does not like.

In addition, many also describe the basic procedure of registration in the steemit account to create posts and select appropriate taging.

Meanwhile, the third peamteri delivered by @jumaidafajar, who had long joined in steemit since November 2016. On the occasion, jumaidafajar tells a lot about personal experiences both good and sorrow to finally become successful as it is today. It also asks the beginner's steemian not to despair even though his writing does not get much upvote but keeps trying and never to step back before success is achieved. 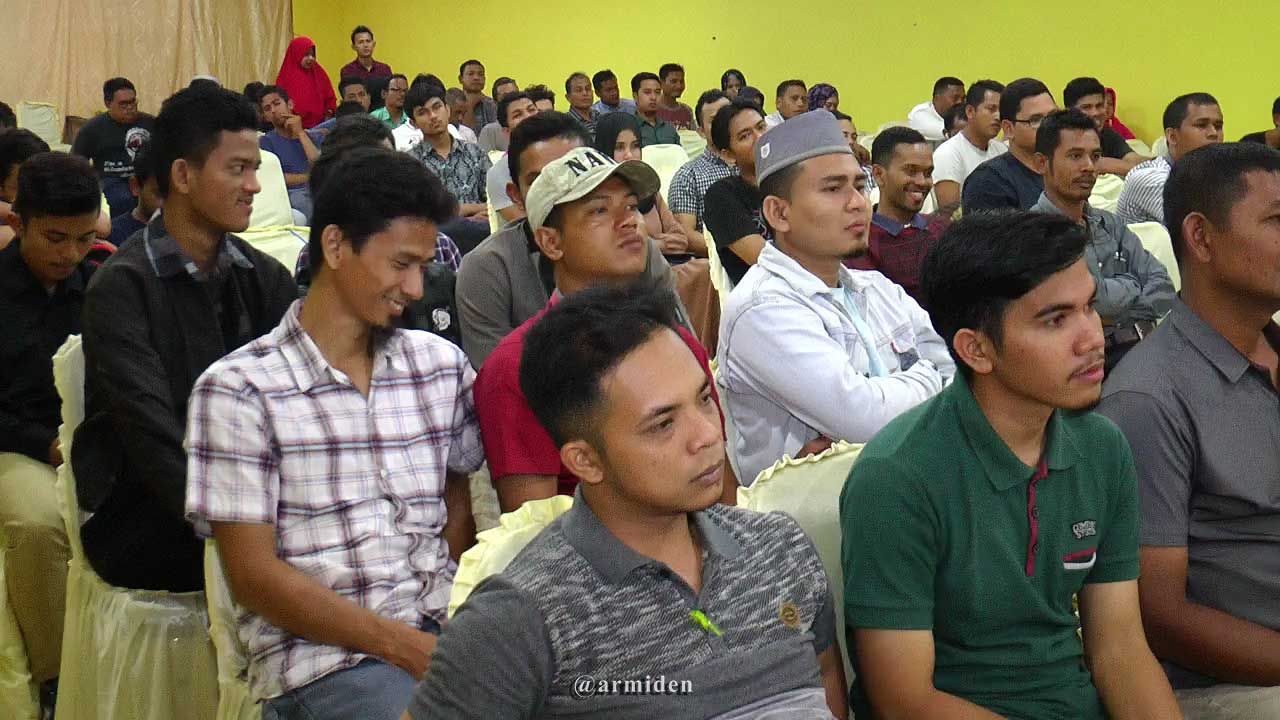 according to him any profession including housewife if there is intention to write definitely can and there is opportunity, and can make post which often found everyday so that will not complicate in writing script. He also exemplifies himself as a housewife but does not exist to make a post about Food photography. 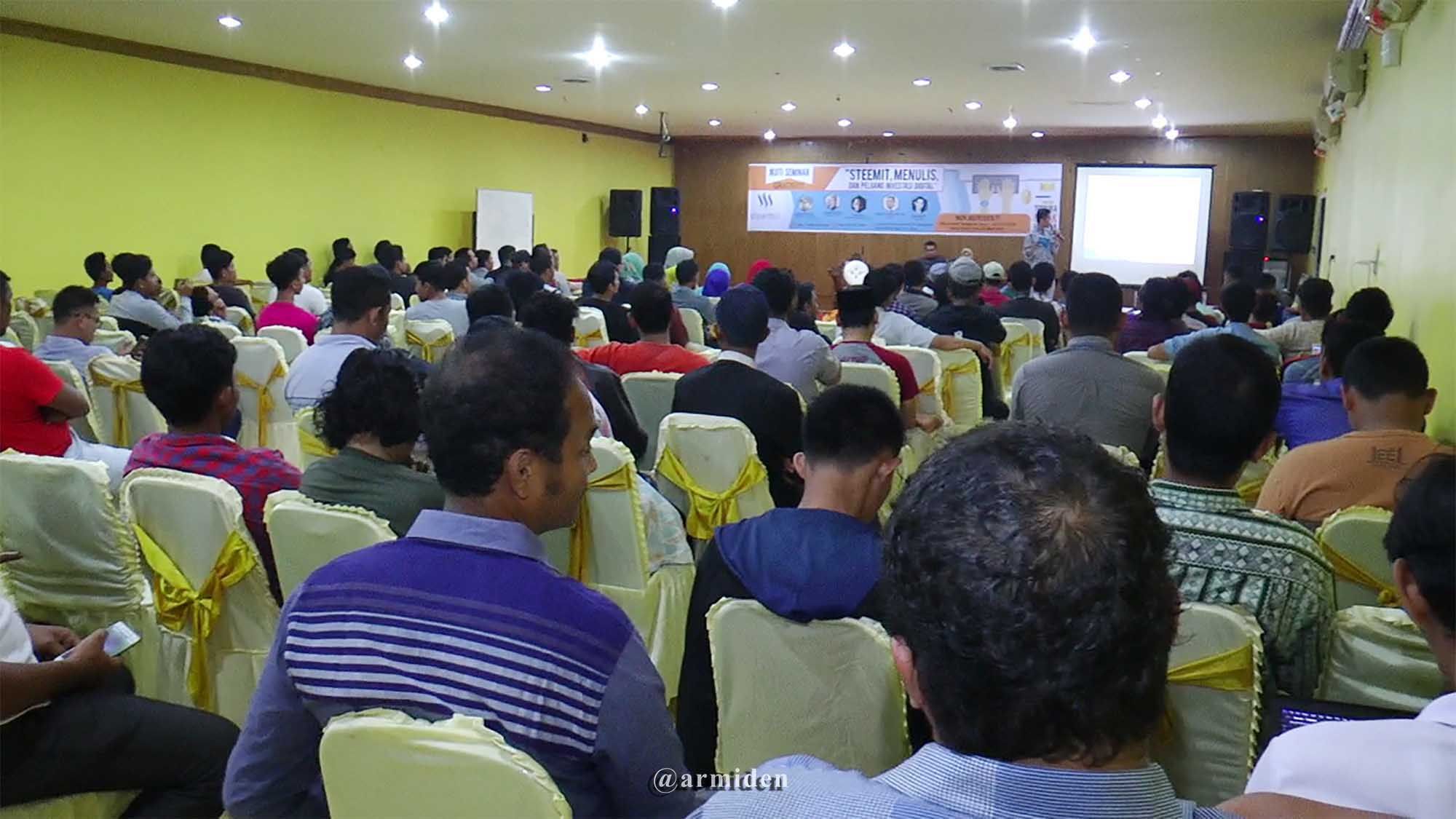 I as a participant in the seminar has also received a lot of knowledge that is very useful for me, for that I thank many speakers, Moderators and committee Seminar, hopefully will Steemian Aceh will l better again and known by the world community.

THANKS FOR VISITING MY BLOG

a very useful event for newcomers in steemit like me, with events like this will increase the knowledge of steemit and social media, such events are very rare we get, I myself feel sad because I can not follow this event. hopefully there will be more events like this ..

Thanks @taufiqq for visiting my blog and taking the time to comment, hope you will do better in making a post in Steemit after reading my post above

One day we will get all 300 million Indonesians on Steem and they will be a force to be wreckoned with!

@tytran Thank you for your comments and suggestions, hopefully later many people of Aceh, Indonesia will join in Steemit and invest. we will continue to strive to advance this platform.

Good job man, i resteeed, and upvoted, I can tell you guys are seriously working hard and doing all the right steps

You have to now work even HARDER man you HAVE top get all of indonesia on steem before the Americans come on and buy up all the steempower :D it is that simple! Are you going to let some spoiled American children take all your extra steempower so they can buy their new ferrari or will you teach the poor people who need a Job to get that steem instead! Otherwise it will just be people who already have money getting on steem, when you need to get all your people in need to get on steem instead!

This is a race! And when all of indonesia remembers people like me who resteemed your post, lol maybe Ill get some upvotes from you guys, :D

@ackza Thanks for you, We will always do sttemit promotion at every opportunity, of course we also have limitations. We hope there will be more people investing in steemit.

Help from you is very hopefully we can work together to develop and help the poor in Aceh, Indonesia

Congratulations! This post has been upvoted from the communal account, @minnowsupport, by armiden from the Minnow Support Project. It's a witness project run by aggroed, ausbitbank, teamsteem, theprophet0, someguy123, neoxian, followbtcnews, and netuoso. The goal is to help Steemit grow by supporting Minnows. Please find us at the Peace, Abundance, and Liberty Network (PALnet) Discord Channel. It's a completely public and open space to all members of the Steemit community who voluntarily choose to be there.

This post has been selected by Altruistic as a post of the day has been given an upvote.
You may join us on her discord server: https://discord.gg/KHB9eJk.

Please kindly upvote this comment in order to keep us helping plankton and minnows that their quality posts are undervalued.