Why DigiByte isn't a bad investment, even after 200% 24hr rise

I will preface in saying I'm thankful I got in before the recent pump. But there are community members and Digibelievers who have waited since 2014 for this rise. Well it's finally here. The new market cycle has begun for DGB.

The day before this monumental rise in DGB, I was looking at coinmarketcap and took note of current volume.

Now browsing through forums and twitter you will see one of two things about Digibyte. Lots of hate, or lots of love. This is to be expected with a rise like this in a coin that most thought would never see 200+ sats, and if it did would slowly decline back to old lows.

The good news is, after DGB met previous ATH/Reistance from 2014, 2015, and 2016 it - it was not denied and doubled from there. Triggering a new market cycle. Now obviously as a long term holder of DGB I would like it to moon just as any other hodler. But think this is more so the beginning of a new low and we will not see it enter back into old market cycles. Especially because there is so much new money flowing into altcoins/bitcoin.

Some would love to refer to this as a pump and dump but I think it's more so trying to shake out long time holders from all the previous lows. The 24 hour trade volume has also surpassed total market cap. There are so many reasons why Digibyte is a long term hold and still a good investment at the beginning of a new cycle. But I'll leave that up to you.

As always, do your own research and invest only what you can afford to lose.

Interesting point of view, I was seriously considering investing in digibyte but upon seeing your post you have made me evaluate this. I will continue to investigate and see what happens. Thanks for sharing, my friend. Have a good week!

The dollar will begin its 18 year cycle with a 9 year downturn period to the eurocurrencies as it always has done. This will probably be very bullish for precious metals as well.

Check out this post for more on the cycles of weakening US dollar and the current state of the dollar. 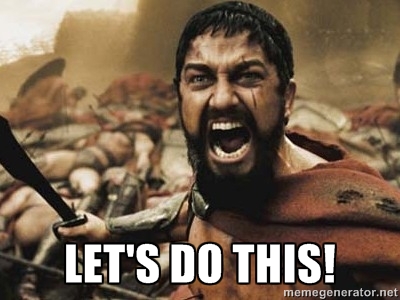 Thanks for the Heads-Up !! I'm new, joined Steemit 4 days ago.

Fun story, I bought decent amount of DGB at 25 satoshi, sold around 30. I knew the resistance would be broken one day, didn't expect it to happen so soon. So I missed my possible epic trade that I had a great hunch of that it will happen. Sad day for me, and imho I think now it is dangerous to go in at new highs. It does smell that it could go even more to the moon though.

People have pinned it to Siacoin for the longest time saying they rise and fall together. Which I don't understand why, because they had higher total supply and relatively the same satoshi worth for awhile? I think this is where they part ways to be honest. DGB moves are now in tens of satoshis at a time and no longer single. That's a good sign of it heading towards 1000sats minimum I believe.

Even though I'm very long on this trade, I love watching her go. Very nice consolidation leading to the next leg up this weekend.

I took profit on 1/3 of my holdings. Massive massive profit here. Holding rest for long term.

Nice article. Nice to see I'm not the only one who thinks like this. It always surprises me how people still sell when a crypto goes down. I mean just invest in solid coins and skip the shady ones. Crypto is here to stay. We do need to look better at the insights of every coin. What team is behind it, is there any management. How strong is the product, is there any product at all? I was wondering if anyone of you uses: https://www.coincheckup.com This site is really helpful in my coin research. I don't know any other sites with so much indepth analysis. Go to: https://www.coincheckup.com/coins/DigiByte#analysis For the DigiByte Detailed report.