As many of the readings and articles written for #explore1918 have addressed, contemporary museums are said to be undergoing an identity crisis; most modern museums no longer want to be considered elite, collection-driven institutions. In order to remain financially sustainable and to exhibit a more visitor-centered experience, many institutions have examined ways in which they can become more relevant and particularly to emphasize the role that museums can play as social service institutions.

I’ve mentioned before, in this post about the East Side Art Exhibition, that much of my research centers on the settlement house movement and its relationship to museum practice in the United States. This topic secures its relevance in the light of the challenges that cultural institutions face today. Innovative reinvention of a stale model for nonprofit work is the very basis for this course’s foray into the world of cryptocurrency!

A brief aside: Social settlements or settlement houses are institutions that provide social welfare programming and advocacy services on a local, community-driven basis. Many were founded in the decades between 1890 and 1920 as an outgrowth of Progressive Era urban reform. I refer to them in the present tense because they do still exist. Many are now called neighborhood centers or community centers, and although they’ve undergone a lot of institutional changes in the past century, they continue to render vital social services on a hyper-local basis. One of the reasons that I study them is because I see in this model a lot of potential for museums which claim to want to be more community-driven.

One modern institution that has managed to combine settlement/community house and museum functions into one location is the Boulevard House/Southwest Detroit Community House, which was founded by museum practicioners, public historians, and social workers in connection with the University of Michigan in 2012. 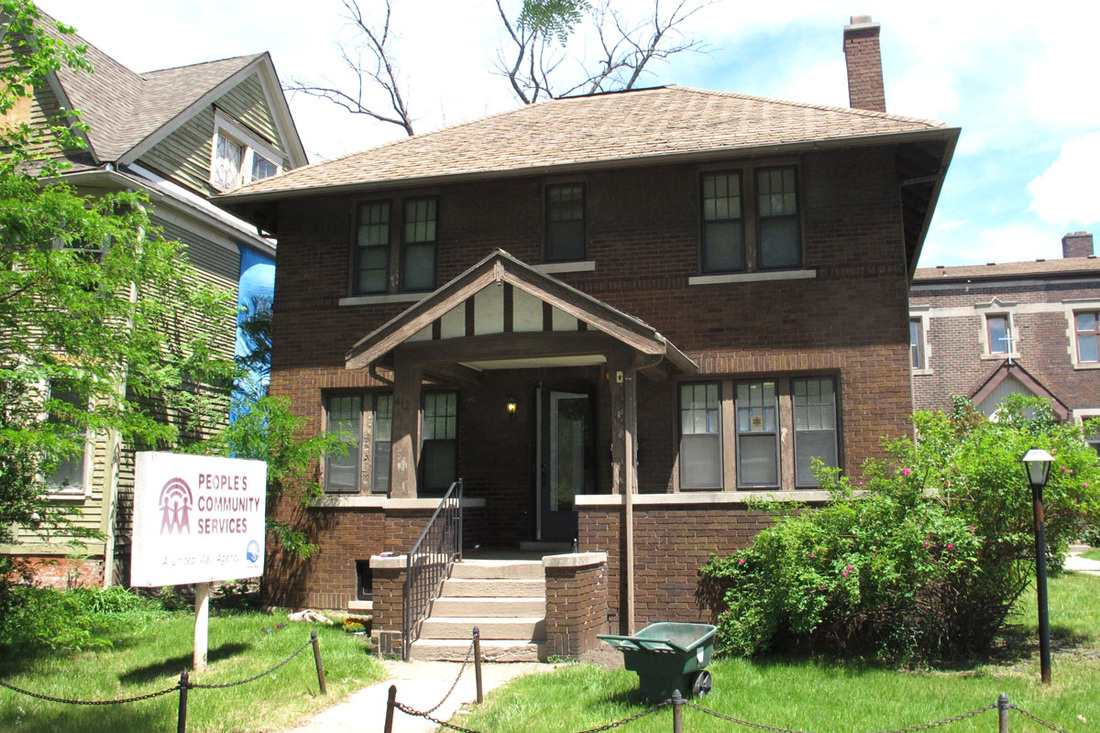 A mainstay within Boulevard House has been the presence of exhibitions by El Museo del Norte, a grassroots, mobile organization that highlights the Latina/o histories, communities, and cultures of the Midwest and Michigan in particular. Its purpose, laid out in its mission statement, is one that speaks to the values and practices which our class has identified as vital: What Can Be Learned From this Organization?

El Museo del Norte has hosted several exhibitions in the Boulevard House space. Their presence within a modern community gathering place partially devoted to social work initiatives is an interesting example- but by no means an isolated one- of what the future of audience-centered cultural organizations could look like. This issue has been intriguing @dduquette too. You can read his thoughts about taking this model even further in It Takes A Village To Represent Itself: How Community Centers Can Help Decentralize Cultural Nonprofits.

100% of the SBD rewards from this #explore1918 post will support the Philadelphia History Initiative @phillyhistory. This crypto-experiment conducted by graduate courses at Temple University's Center for Public History and MLA Program is exploring history and empowering education. Click here to learn more.

The multi-pronged agenda of your cluster of orgs reminds me of what the Philadelphia Folklore Project installation entitled If These Walls Could Talk: The Bill and Miriam Crawford Dining Room. I wonder what kind of impact that space had in the decade plus since it opened in 2005?