migosia (49)in #deletefacebook • 3 years ago

You might already be familiar with the Facebook - Cambridge Analytica scandal. Basically, Facebook allowed the data of 50 million Americans to be harvested by a researcher Aleksandr Kogan, a Russian American who worked at the University of Cambridge. The data was then used to target Americans using psychographic modeling with propaganda material during the 2016 election. The outrage goes beyond the election; which on its own might be one Americans may rue for decades. More fundamentally it shows the little protection users have from the big Corporation that are in custody of their data. They are able to sell it, transfer, or use it in manner that the user does not have any further hand in approving.

The scandal has resulted in many Facebook users deleting their account or looking for alternatives. The top news story on bloomberg today is related to how to get access to your Facebook data to review it for what Facebook has about you:

Several companies are taking down their Facebook Ads which is hitting directly at revenues:
http://thehill.com/homenews/news/380065-companies-pull-advertising-from-facebook-after-cambridge-analytica-scandal

Tesla and SpaceX Facebook pages are taken down as well:
https://www.bloomberg.com/news/articles/2018-03-23/tesla-spacex-pages-vanish-as-musk-joins-deletefacebook-crusade

And the lawsuits from users have started coming in:
https://www.theverge.com/2018/3/23/17155754/facebook-cambridge-analytica-data-breach-scandal

#DeleteFacebook is trending on Twitter and here on Steem of course:
https://steemit.com/deletefacebook/@barrydutton/deletefacebook-wallet-fridays-show-me-yours-or-e-37-or-that-s-right-think-on-that-a-new-series-for-outreach-and-to-give-fb-the

This could be a pivotal moment. Let's take this opportunity to share the alternative with friends and everyone. Why put your data on an company site that monetizes it when you could use the blockchain, own your data, and actually monetize it for your own benefit?

And it is hitting home. For the first time ever in years I started seeing Facebook ads begging us to come back: 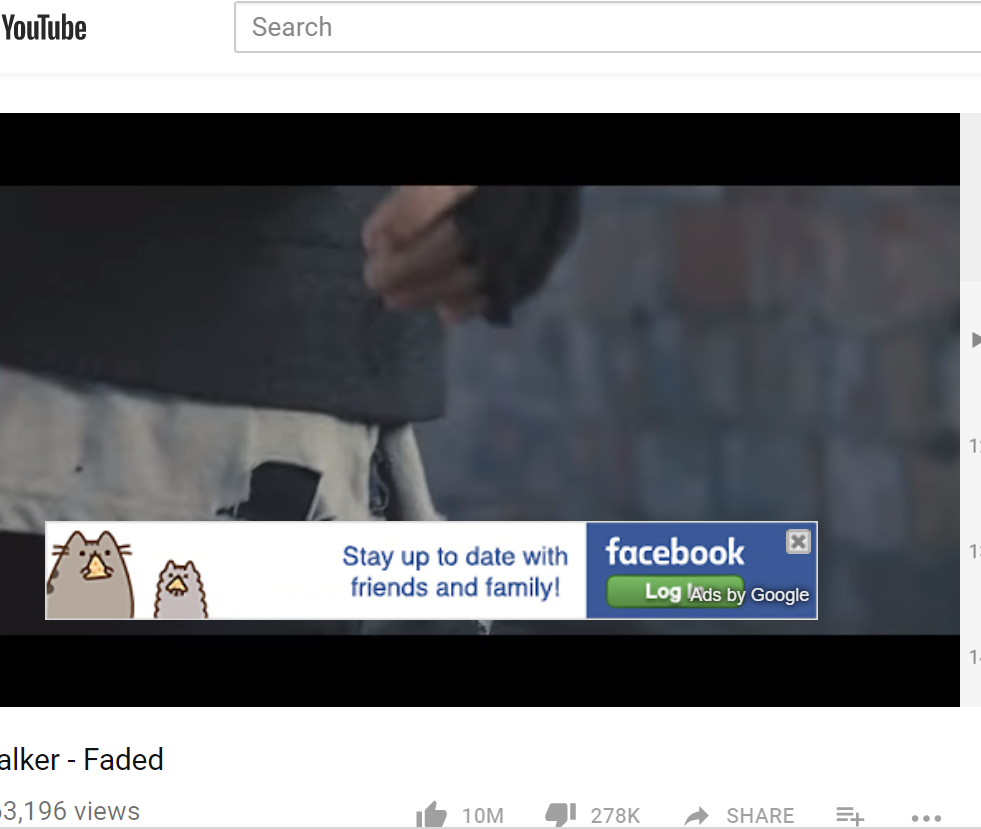 So yours truly has been everywhere sharing this message: And many Steemers have also been doing the same. @stephenkendal, @barrydutton, @champagnecrypto, @andestra to mention just a few. I believe this is a good time to not let up. And not a campaign within Steemit but mostly without. On twitter, blogs, write your local newspaper if you can, if you know your Congress person write or call them to hold Facebook accountable. There is no reason why in 2018 users are still monetizing themselves and their content to the benefit of a company rather than to benefit themselves if they want.

And the Steem platform has several ways to use social media and blogging tools including @Steemit, @Busy, @Dtube, @DLive, and @Zappl. Looks like the future might be getting delivered faster than expected.

Steem has a long way to go before it can even get close to Facebook.

Steem is full of spam and poor content. Whales voting on crappy analysis on crypto by @haejin

Unless you plan to invest a lot of time and money. This platform is a waste of time for most

Yes it would be good if some of that could be cleaned up. If not, an alternative will also rise up instead where the community will get it right. But the future would ultimately belong to a decentralized entity belonging to those who create the content and with the benefits belonging to those creating it and the data also.

That sounds too bad for them......decentralized platforms like ours should really serve.....As if I knew something like this was gonna happen when I read and wrote about Dock.io in one of my posts 12 days ago

I deleted my FB account back in November and took a 3month social media hiatus - decide steemit was what I wanted to be a part of.

I had deleted my Facebook account several months ago and do not miss it at all. I would much rather spend my time and efforts on Steemit.

Great job...
But does that mean facebook have now been linked together with Steemit.

Or is it on its way?

No facebook is not linked to Steemit. Steemit is blockchain based and decentralized. They also do not sell ads or private data, and the revenue from the content created goes to the users creating the content.

Congratulations @migosia, you have decided to take the next big step with your first post! The Steem Network Team wishes you a great time among this awesome community.

Cheers @migosia! I just finished writing my last post to Facebook for the same reasons. It's time to move forward and demand more privacy across the internet.

Congratulations @migosia, this post is the most rewarded post (based on pending payouts) in the last 12 hours written by a Dust account holder (accounts that hold between 0 and 0.01 Mega Vests). The total number of posts by Dust account holders during this period was 5473 and the total pending payments to posts in this category was $822.02. To see the full list of highest paid posts across all accounts categories, click here.

Ever before the scandal, Facebook has always had these fear about Steemit because it's the future. this platform is the type that reward you for your efforts and originality. The future is here....