ella-kay (58)in #culture • 5 years ago (edited)
In my previous post, I promised to write about the reason why people celebrate Chinese New Year. This post is about 3 different stories.

The first version tells the story in one of the Confucius’ books is dedicated to the famous Emperor Shun who lived in China in the XXIII century.
This legend tells the story of a woman suffering from infertility and miraculous birth of the boy named Shun. After the death of her mother, she was in the care of an evil stepmother, who was trying to get rid of the boy.

Shun left his home and went to the Imperial Palace, where he served as the ruler of Faith and truth. The emperor noticed the young man and gave him his daughter to marry, which made him heir to the throne, beating his son. New emperor was crowned on the first day of New Moon / Darkmoon. On that day, there were ten Suns in the sky, which spoke about divinity of Shun. Since then, the first day of Darkmoon has been celebrated as a celebration of something new and better. 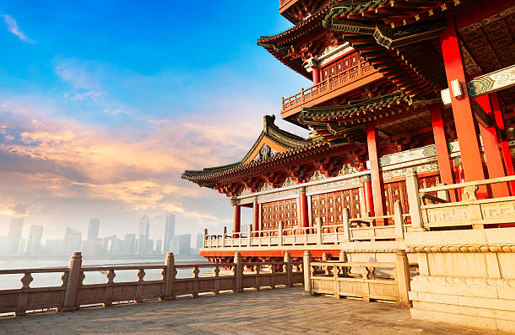 The second version identifies this day with the awakening of all nature from winter “sleep”, the beginning of a new cycle of revival.

The third story is about the Nian monster, which is leaving the sea abyss once a year on the initial day of the Darkmoon. The monster was eating everything on his way, a special treat for him were small children.

Once, the door was opened for the monster by the boy in red clothes and the beast in horror disappeared. People realized that the red color can scare the beast. Also, monster Nian is scared of the noise. Since then, the windows in the houses are covered with red paper, houses and streets are decorated with red lanterns, and in the oven people burned bamboo because when it is burned, it produces a strong crackling sound. These traditions are still followed in the deep provinces, but the tradition of decorating the houses with red lanterns also exists in central China. This way people try to scare away the evil spirits. 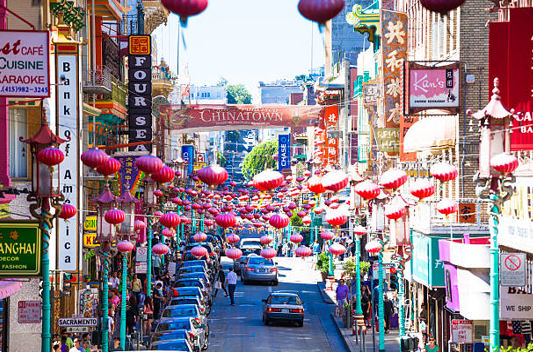 My story is not about the legends of Chinese New Year,but mostly about military)

Wow.
Thanks for sharing dear I was amazed that why Chinese are celebrating new year now???
Once again, thanks for such a quality blog dear

Congratulations! This post has been upvoted from the communal account, @minnowsupport, by Ella-Kay from the Minnow Support Project. It's a witness project run by aggroed, ausbitbank, teamsteem, theprophet0, someguy123, neoxian, followbtcnews, and netuoso. The goal is to help Steemit grow by supporting Minnows. Please find us at the Peace, Abundance, and Liberty Network (PALnet) Discord Channel. It's a completely public and open space to all members of the Steemit community who voluntarily choose to be there.

In China, there is a legend that on new year's eve evil spirits, expelled from other places, looking for a new home. They settle where they find a suitable home and bring the owners of different troubles.
To drive the evil spirits away from their home and, conversely, to attract happiness and prosperity to their family, the Chinese try to create more noise and light the lights. Hence came the custom of new year's eve to throw in the oven the bamboo sticks. Burning, they gave off a strong crackling sound that scare away the evil spirits. In our days these sticks are replaced with firecrackers and fireworks.
Another legend says that in ancient times on the eve of the new year celebration, a mythical monster destroyed the inhabitants of an entire village. Survived only one family that was in the clothes of red color. Since there is a belief that evil spirits are afraid of red. In addition, this color symbolizes well-being and respectability. Therefore, in China it is used both in clothes, and in decoration of houses and now. You can take just the red strips of paper and stick them on different objects.
And here is clothing black and white flowers for celebration not suited.

very similar to what I wrote :) thanks for sharing what you know. I remember something about light too, but I decided not to write about it because I don't remember the details.

I always loved Chinese traditions. I wish i could spend some days there. Great work, lovely pictures :)

No wonder i see colourful decoration sometimes in the Chinese movies, Regarding the third story.
It is good to say thank you for puting up something like this.

thank you for reading :)

We just came back from visiting my in-laws in the Korean countryside for lunar New Year. The celebration is rich in Confucius tradition expressing gratitude to ancestors. It has a total different feel than an American holiday.

Thank you for the info. That famous Chinese New Year and its effects on crypto has definitely risen the interest in learning more about it :)

It's always an interesting topic to read about, thanks dear !

Ahaaa!!!!that explains everything clearly because at first i was wondering to know
the reason behind this gargantuan celebration of Chinese New Year.
Thanks for the clarification. @ella-kay.

I am glad I was helpful :) thanks for checking out my post :)

You got a 2.10% upvote from @buildawhale courtesy of @ella-kay!
If you believe this post is spam or abuse, please report it to our Discord #abuse channel.