wolfenlord (60) in cryptocurrency •  2 years ago

There are a lot of trading courses out there, and there are lots of traders too, even in the steemit network. The internet, and youtube is riddled with them, but only a very small fraction of them are oriented to people who know absolutely nothing about it, and they are hard to find. As a way of paying it forward, I´m starting this saga today, for all those total noobs who feel like they are threading in alien territory where cryptocoins are concerned.

If you are here, I can assume you´re interested in me explaining stuff in the simplest ways possible, with no bullshit, and without you having to google a gazillion pages(like I initially had to do long ago). 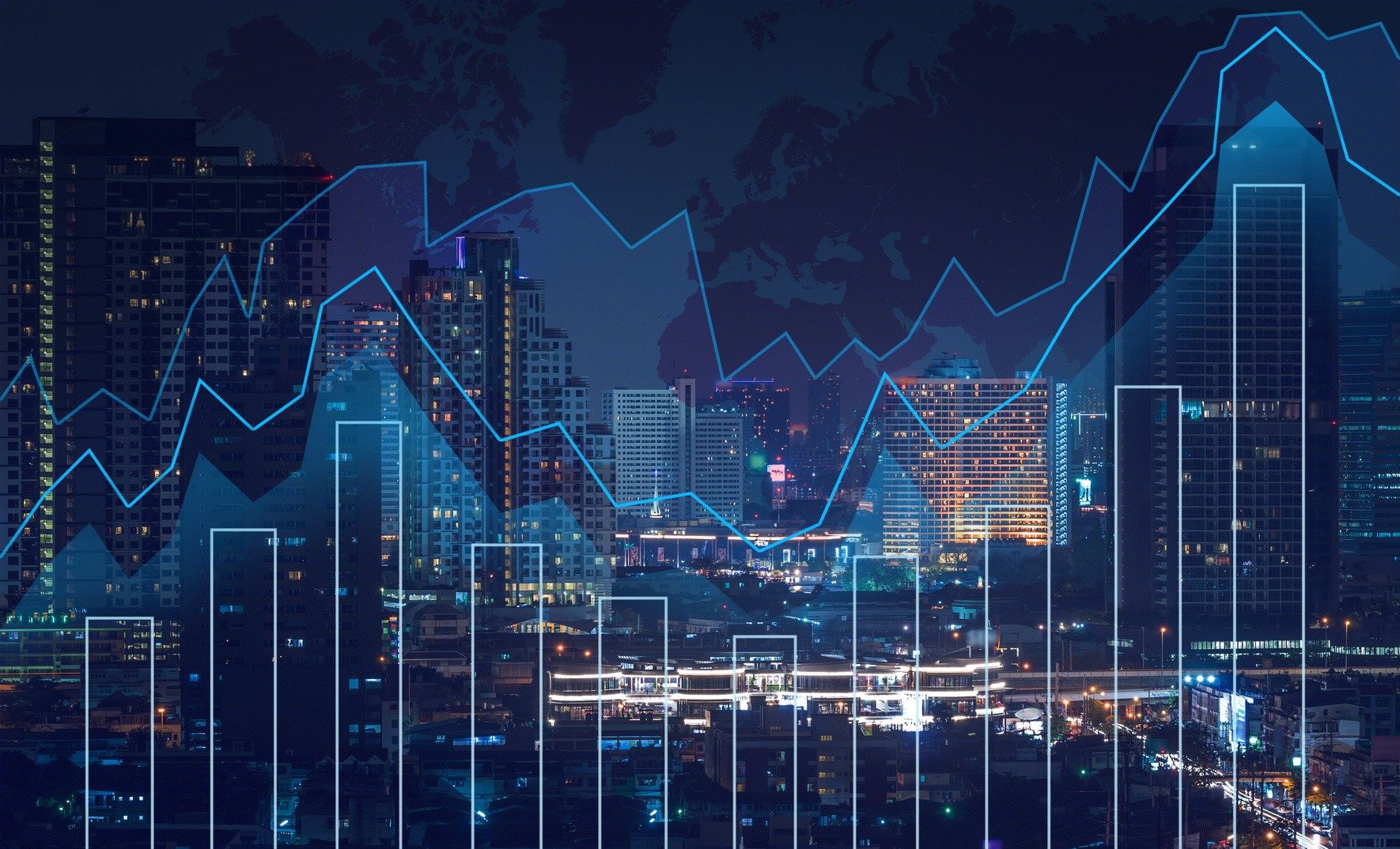 Have you ever used a digital coin? If you, like millions of people, used Paypal, VISA, Mastercard, Western Union, G2A, Steam(the game buying platform, not to be confused with Steemit), then you have used a digital coin indeed. As you noticed, it works just like regular money, but with no physical notes exchanging hands. Balances just updates almost magically on the payment sender´s and receiver´s wallet once the payment is made. There is a whole software system that prevents errors from happening, but traditional digital tokens(think of tokens as digital coins from now on) are not invulnerable to errors or manipulation from within the system itself. In fact, credit card errors are more common than you´d think, and several human accountants and software engineers have to continually debug and cross-check the system.

But nowadays, we have the technology for computers to check those balance sheets for those errors themselves, its called the blockchain technology. But banks are always too slow to adopt cutting edge technology, and when they do, they do so at snail pace(A very small fraction of banks have only recently began adopting blockchain technology, mainly Ripple´s - almost 10 years after Bitcoin´s invention, and 27 years after blockchain´s first whitepapers were created). Imagine you have a magic balance sheet and that everything you write on it, stays there forever like written in stone. That means that you can´t ever change a balance, you can only cross out the old balance and write a new one underneath it, while the old balance is still visible forever if someone wants to recheck the new balance. You´ve guessed it, that´s blockchain, and that is why it´s the key for a trustless economy: because once something is written on it, the software code itself guards that nothing can be wrongly changed, not even by the coin developers.

But how does it work?

I´ll give you 3 explanations, you decide which one to read.

1. The Super Simplified One

Let´s say I make a payment to a stranger of 10.000 USD. And for the sake of the example, let´s say we both call to 50 impartial people which none uf us know to witness that payment, and each one of them writes it down on a signed piece of paper. Neither me nor that stranger can tell lies about our contract because there are 50 signed witnesses involved. Now imagine that instead of human witnesses, it´s computers that witnessed the transaction, and each one of those computers regularly check each other to ensure that their data is untampered. That´s blockchain.

2. The Simple yet Functional one.

You have a network of computers with a Distributed Ledger amongst all of them, and the blockchain software code ensures that no single letter or number can be changed on any of those ledgers without the system noticing. Each one of those ledgers is a full copy, so a hacker that want´s to edit a balance would have to hack all of those computers(hundreds of them, at the same time) for the change to be effective. It is not un-doable, but hacking a blockchain itself is infinitely more difficult than hacking a traditional digital money system.

3. The Brief but Complex one.

A blockchain is a distributed ledger amongst several computer nodes and supernodes. It is open for anyone to see(in the case of most non anonymous cryptocoins, like Bitcoin), and yet, it is insanely difficult to hack. Each "block" is composed of a (1) a hash, (2) the hash of the previous block, and (3) a block of data. In the block of data (3), balance sheet itself is written, and automatically using cryptography, the code calculates a hash by a numeric one-way function. Because the mapping function is mathematical and purely one way, it can´t be reversed, and it means that no single letter or number can be changed inside the (3) section, without the hash itself being changed as well. It is similar to a digital fingerprint of the data. So we can verify the validity of the (3) block with 100% accuracy. Also, the (2) section has the hash of the previous block included, so not only the current data can´t be changed, but this effectively chains the block to an older block in the sequence while also verifying the validity of the older blocks as well. If we were talking of a physical object, the nearest metaphor, would be of a chain, composed of many blocks, hence the name blockchain.

(Note: Blockchain operation is even more complex than this, but this introduction is here to teach you the basics of blockchain, not to teach you it´s code)

Once upon a time, banks were fully trustworthy, or so they made us believe. The financial shenanigans some banks made on a macro level were legendary, but we consumers only saw the responsible public face of them. That all changed for the american public during the 2008-2009 credit crisis, in which several american banks had to be bailed with government money.. In 2011, yet another crisis arose, in which several stock markets around the world crashed. The causes for the stock market crash involved foul play by several financial institutions(which i´m not going into detail in this article), but after the crisis the general public was made aware that it was indeed possible for the whole centralized financial system to crash at once.
Also, before that, there had been incidents where the "trustworthy" banks appropiated private funds(read "they stole people´s money") to finance their own bailout. For example, here in Argentina in 2001 we had the so-called "corralito" that left a lot of people without their life hard earned savings.
So, people were losing faith in centralized financing institution, and that is why a trustless descentralized economic system emerged, and at the head of it: the cryptocoins.

So what are cryptocoins?

Cryptocoins work mostly like digital coins, but with the blockchain technology validating all transactions. They are descentralized, meaning that there is no central authority, also meaning that transactions can´t be reversed once made. They are mostly anonymous, since crypto wallets do not store personal data, like its´ owner´s name, address, or phone, however every transaction is publicly visible and the sender and recipient are publicly displayed. Meaning that it provides a measure of privacy while making all operations traceable. It is possible to store your wallet(bank account) in your own computer, or in a remote server, meaning you don´t need to trust a third party with your coins to store them safely.

Some people do not trust a centralized economic system, they are the crypto anarchists, and for them, descentralized economy is a lifestyle. But most of us still want to use both the traditional economy and the crypto economy, and the crypto world is full of ways to make money. One of them is cryptocoin trading, which is similar to stock trading. It´s actually the same game, with a few different rules. It´s main attractive is that there is no ceiling on what you can earn, since you earn a percentage of what you trade. Trading is basically exchanging between one currency and another, be it between a fiat currency like the US Dollar and a cryptocurrency like Bitcoin, or between two cryptocurrencies. As I mentioned before, there are other playgrounds for trading, like the stock market, FOREX, etc. But what makes crypto so appealing is that you can trade as little as 1 USD, so it´s really appropiate for people of all income levels. However crypto trading is the fastest and most furious of them all, since its open 24/7 and 365 days a year, with no days off. It is the hardest game, but the most profitable one, since its volatility what will make you earn, and crypto has the highest of them all. I don´t do stock trading or forex trading, so I will speak specifically of crypto trading in this series, but with enough practice, most strategies can be adapted for other markets as well.

How much time will it take me to trade crytpo?

Here´s the beauty of it: as little or as much as you want. There is something for everyone. You could trade as little as possible, making only a few operations every month or so(which is almost like investing), and thus requiring very little of your time. Or you could do intra-week trading, using only a few hours per week of your time. Or intra day trading, if you don´t mind checking the charts every few hours, or even daytrading on the 1m timeframe, for some fast and furious - glueing your ass to the seat - action.

Stay tuned for the next weekly episode of this series. If you have any questions, I´ll be glad to answer them.

Submit
$5.64
175 votes
8
Authors get paid when people like you upvote their post.If you enjoyed what you read here, create your account today and start earning FREE STEEM!
Sort Order:
[-]
snowpea (63)  ·  2 years ago

Hi @wolfenlord! Thanks for explaining these things to us! I created a challenge as a way for us all to get to know each other better, and I was wondering if you'd like to join? Here's the link to it: https://steemit.com/loveitshoveit/@snowpea/the-love-it-shove-it-challenge

Hey there! I´ve been very busy lately so I haven´t even appeared in discord.(they might have even thrown me off the alliance, I dunno :P ).
However, I love challenges, and I´ll take some time to do both the 10 truth 1 lie and your love it shove it challenge.
I will post them soon!

I think they would ask you about what's going on first before kicking you out @wolfenlord. Were you in recess before?

It's awesome that you're doing the challenges! I just saw the 10 truths and one lie, and I'm pretty sure the info is safe on Steemit. When I posted mine, I was a little nervous about people seeing it because I usually put up such a good front, but then thought, "oh well, if I'm honest and I take my own skeletons out of the closet, then no one else can do it." Some of the information from mine could be used against me, but on Steemit I'm still pretty anonymous.

Thanks for giving us an inside look into your life!! :) Can't wait to see your love it/shove it post! :D

I get the idea of what you are saying

This post has received a 10.00 % upvote from @chronocrypto thanks to: @wolfenlord.

In the fight of Humans vs Bots, @megabot defended you with 12.50% upvote courtesy of @wolfenlord!

Support @Megabot by delegating SP to the bot and get a part of 80% of @Megabot's profit.