travelinged (46)in #cryptocurrency • 4 years ago

By way of introducing myself to this community, I'm going to talk about a project I'm involved with, with J. Lee Porter. I've been a writer for many years... a former magazine editor, ghostwriter, poet, and novelist. When Jeff (the J of J. Lee) introduced me to the idea of writing novels about the social, political, and freedom ramifications of cryptocurrency, I got excited. It was a new world to me. But libertarian, objectivist thinking were nothing new at all.

So we have started the Bitpats series. The first draft of the first book, CRYPTO SHRUGGED, is done and being reviewed and edited. It will debut in May of this year.

The cover is done and here it is: 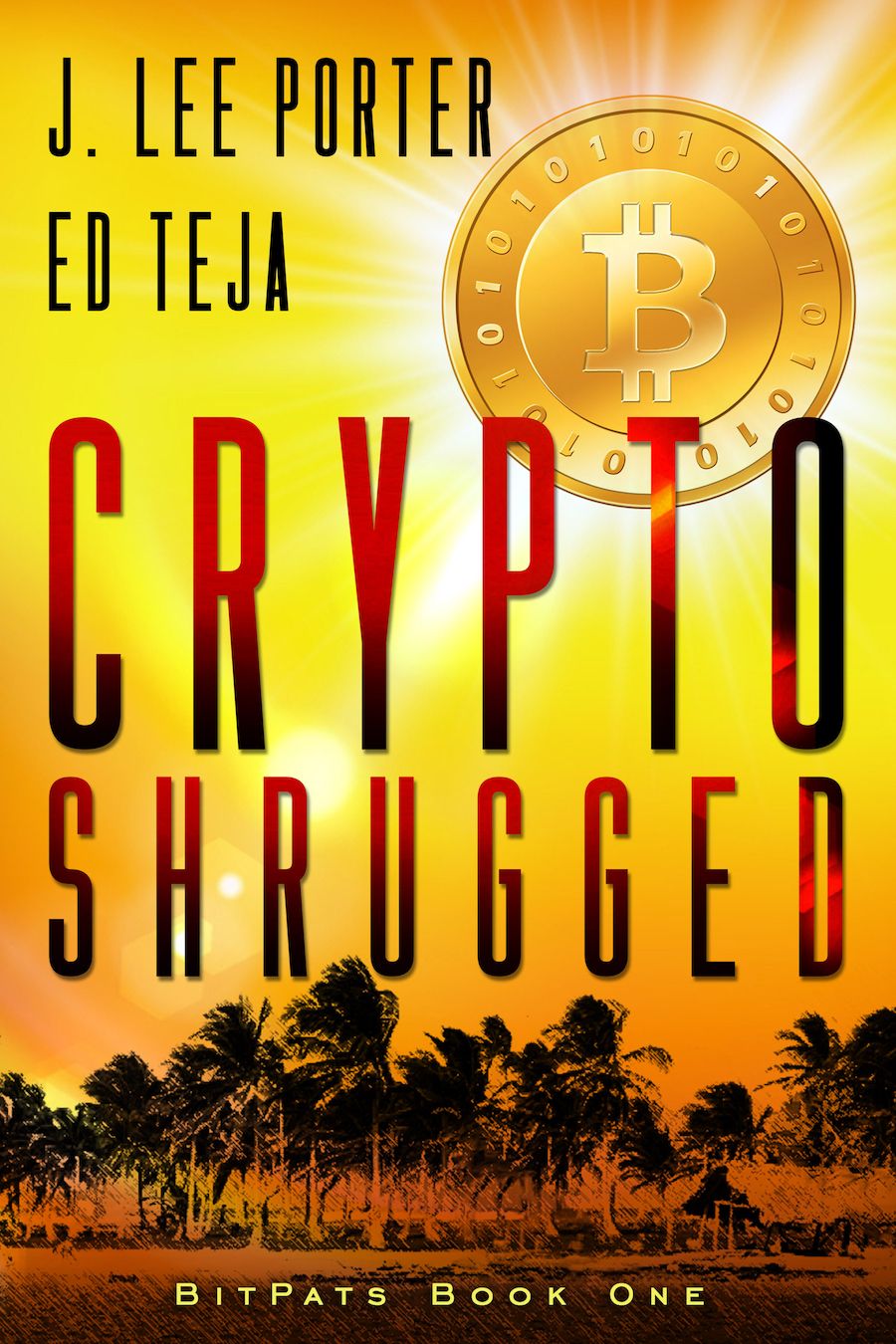 This book owes a debt to Ayn Rand that goes beyond the similarity in book names. We've written a statement, sort of a mission statement, that goes like this.

When Ayn Rand released ATLAS SHRUGGED in 1957, the world was at a tipping point. The disruptive force of the industrial revolution had driven technology and social changes at an incredible pace that overwhelmed the traditions and mores of the Western world. Her book looked at the polarization between the creators and the parasites, the ones who developed and used the technology for what they perceived as good, and the ones who used it for control, to obtain increasing power.

The book solved nothing but it provided insights into possibilities as well as an unfortunately prescient look at the future. Today, in 2018, new disruptive forces are at work and once again overwhelming the world in both cultural and economic ways. The internet and, in particular, the internet of money—blockchains and cryptocurrencies are precipitating a mad scramble for control. The decentralizing effect of the technology unnerves the powers that be and they strive to control it. Other forces want to use it for their own goals, ranging from the beneficial to malignant.

This, then is the canvas we have drawn for CRYPTO SHRUGGED. Atlas has long ago disappeared and our world is held aloft by less tangible forces, yet there is still the possibility that amid the chaotic struggle for dominance, they too will shrug. And what happens then?

We introduced this project at Anarchapulco and got a good response; we hope you'll track our efforts. You can sample our new idea of crypto-centric fiction in a short crime story that we've put up on Amazon called INVISIBLE FORTUNE https://www.amazon.com/dp/B079DC4FG6.

Wish I had found you sooner.
Keeping an eye on you now.