reddbacchus (57)in #cryptocurrency • 3 years ago (edited)

Reddcoin is consolidating much like the rest of cryptocurrency. They all follow bitcoins movement unless there is some dramatic news that can serve as a catalyst. We did see a fairly strong move in Feb 2018 after being listed on the Korean Yobit exchange but has since faded following the fate of bitcoin.

However, Reddcoin is currently being used by content creators and you can check the sign-up rate on Twitter's Reddcoin Tipbot where members can sign up for a wallet and accept tips and contributions. There are over 20 thousand members who have already signed up for the twitter wallet and that number should continue to increase. 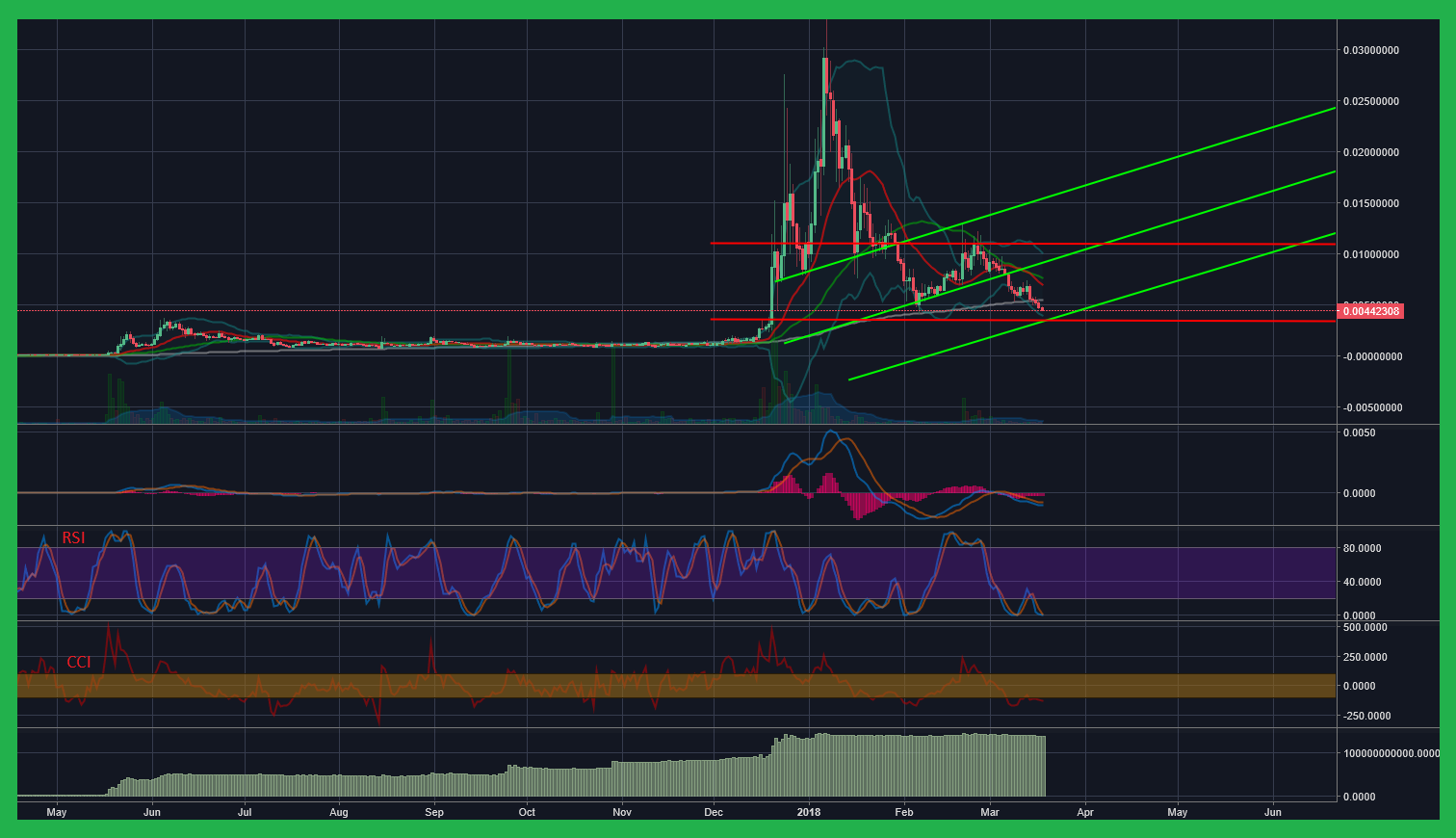 Looking at the chart, it doesn't look too promising at the time of this post as the 200 day moving average didn't provide much support and was quick to break that level to the downside but should be able to test that area again.

The next parabolic move can be supported if a social media platform like facebook or google's youtube implements it on their site. It's a big if but the revelation of Steemit may have now spoiled the big content creators and I'm sure they'll continue to find paths to further monetize their work.

If you're new to investing in cryptocurrency, Coinbaseis the easiest way to get started. Using the link will help support new posts and you'll get $10 bonus for signup.

In this bear market a game can be great to lighten the mood :) Come check out Chibi Fighters. No levelling required.
https://chibifighters.io/

It is normal status to rise or drop. Well, the key issue is what kind of investment tool is suitable for you. The article is impressive and it is useful for reference. Thank you.

Thank you for your input!

I've been staking reddcoin for about a year, I'm not disappointed. I don't see mass adoption anytime soon but it will go parabolic again.

For some reason I've always like RDD...held on to a few for a while. I'd love to see it take off.

Congratulations @reddbacchus, this post is the tenth most rewarded post (based on pending payouts) in the last 12 hours written by a User account holder (accounts that hold between 0.1 and 1.0 Mega Vests). The total number of posts by User account holders during this period was 2002 and the total pending payments to posts in this category was $3771.69. To see the full list of highest paid posts across all accounts categories, click here.

what? bitcoin is down yet? somebody say it ll arrive 50000 usd. mmmm

Bitcoin continues to skyrocket.
The price is more than US $ 15 thousand, was predicted to touch US $ 60 thousand in 2018.

For future viewers: price of bitcoin at the moment of posting is 7636.00USD

REDD is still one of my favourite coins.

Resteemed your article. This article was resteemed because you are part of the New Steemians project. You can learn more about it here: https://steemit.com/introduceyourself/@gaman/new-steemians-project-launch . If your post has more upvotes, your post will appear in the trending page. To get more upvotes, you can bid for @steembidbot vote. please check it out here: https://steembottracker.com/