Ontology, the blockchain being developed next to NEO by the parent company OnChain, has announced that they will be dropping 20 million ONT tokens to holders of NEO. These will be airdropped and a snapshot will be taken on March 1st 2018 to determine who gets airdropped.

In essence, you could say that NEO and Ontology complement eachother in the smart economy ecosphere. In many ways projects will develop tools on both networks. An example is the TheKey (TKY) token, which will be using elements from the NEO blockchain as well as the Ontology network to provide a digital identification solution that can be used by both. As you can start to see, NEO's plans are much wider than just NEO and there is actually a pretty wide vision for the future. 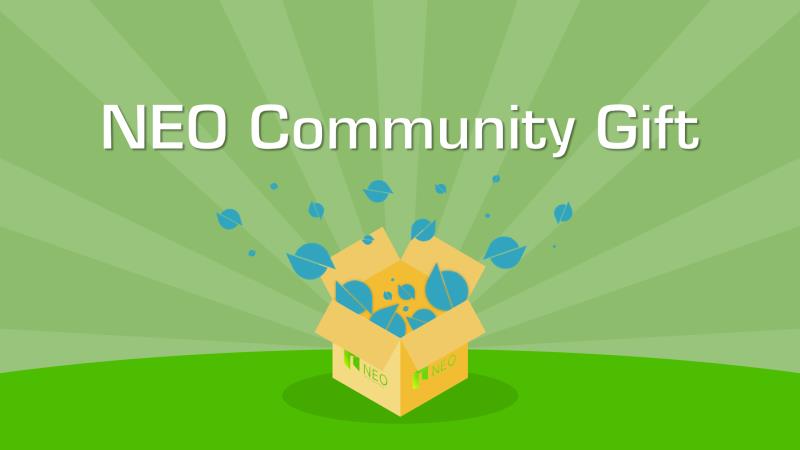 On march 1st 2018 a snapshot will be taken of the NEO blockchain. Every private wallet which holds NEO on that moment will receive the ONT airdrop. Each NEO will be aidropped a total of 0.2 ONT tokens, of which 0.1 become available immediately and the other 0.1 will be locked up and made available at a later stage. So if you own 10 NEO you will automatically get 1 ONT when the airdrop occurs, and another 1 ONT later on.

Usually airdrops are 'shitcoins' trying to market, and usually you're best off just selling them as soon as possible. But in the case of Ontology tokens I would advise a different approach. ONT is actually a very promising token and is likely to appreciate in value over time, just as NEO is. Holding ONT is more or less the same as holding NEO, as both projects are closely interlinked and dependent on eachother. You're basically investing in the NEO ecosphere by investing or holding ONT. And if you believe NEO's future is bright, then you should hold on to these ONT tokens too.

All private wallets holding NEO will receive the airdrop. Kucoin also announced they will be distributing ONT tokens to NEO holders on their exchange. Other exchanges may follow, but may also not. If you want to be sure to receive these tokens, be sure to put your NEO on a private wallet before the snapshot date.

I think it's pretty cool of Ontology to airdrop these tokens! Ethereum was great to hold last year because of the airdrops, but they seem to have dried up. NEO seems to be the new go-to place for exciting airdrops and such, and I'm very happy about that. It only adds to the excitement that is already very high in the NEO ecosphere. I've never regretted holding NEO yet, and only am loving the project more as time progresses.

Submit
$3.74
51 votes
25
Authors get paid when people like you upvote their post.If you enjoyed what you read here, create your account today and start earning FREE STEEM!
Sort Order:
[-]
chieppa1 (66)  ·  2 years ago

Any word on how to access the ONT tokens after they drop?

Yes! They will be airdropped into your wallet/address. So all you need is a wallet that supports ONT tokens, which will likely be the NEON wallet. By the time the airdrop happens, a new version of NEON will likely be made available to support ONT. The current release already supports several NEP-5 tokens.

If you don't have the latest release, no matter, your address will still receive the ONT tokens but you may need to upgrade the wallet software in order to actually see them on your account. You could also use neotracker.io to check on your address and see if the NEP-5 tokens are there, similar to checking an Ethereum address for ERC20 tokens.

Just hold them in your NEON wallet. Once they are airdropped, probably they will made update of the wallet to support it. But even if they don’t you can manually add new tokens from the NEON wallet Settings, just find the hash of ONT tokens and add it to your existing wallet tokens

what wallet would you suggest for neo?

The NEON wallet is pretty much the best and most popular wallet out there for NEO. I really like it.
It also supports the Ledger nano s, so you can store NEO easily and securely on a hardware wallet!

Yeah air drop!! Whoop whoop.
This is exciting. I agree with what you said, that most air drops are shit coins. But it would be awesome if one made it big one day. I'll hold any ONT that I receive and see what happens. fingers crossed it will be a successful project :)

Yes I do think ONT is a good one to hold on to!
I just don't know the price of ONT... So I don't know how much 0.2 ONT per NEO is worth. Regardless, free crypto is free crypto!

Awesome news! Doubting whether I should skip NEO ICO Narrative which happens before the first of March (tomorrow) :-P

Btw, do you know how many ONT tokens there will be in total? As in, which % of tokens will be airdropped?

Wtf!!! How did I miss this Narrative ICO?! It looks kind of interesting too!
There's too many ICO's coming out on NEO these days! I can't keep track... literally!

I believe there are 1 billion ONT tokens in total. So the 20 million being airdropped isn't that huge.
What is huge is that they apparently gave everybody who signed up on the ICO (which never happened) newsletter 1000 ONT for free...! It was decided to do that after they chose to cancel the ICO.
Wish I'd signed up, but found out too late. Really sad :(

Damn, I also didn't sign up. Well, let's catch that airdrop instead ;-)

I don't see my ONT in the ledger nano s NEON wallet. Anyone know how to claim it? I heard some horror stories trying to move your private key off the Ledger - losing all your NEO! Thanks.

The airdrop was a while ago. If no ONT shows up in your wallet, then you likely missed out. It should be in the same wallet as your NEO. You can also try using https://neotracker.io/ to find your NEO address and check there.

Will any exchanges support this?

Nice, i always love a free airdrop on coins i already own anyhow.. lol.. if u want a free airdrop get on bitshares exchange before feb 14th.. they are giving away $100 worth of btl (bitcoin latina) to everyone on that exchange! ;)

Neo has been a disappointment to me because their old wallet wasn't stable. i wish their help service is a bit of helpful sometimes, I like NEO, but my NEOs went missing, so i really wish the NEO team would solve my problem.
Nevertheless, hope the airdrop coins would come useful, NEO's future is bright, but there are rooms for improvement. Thank you very much for this information! I always appreciate advice on how to get freebies!

I wonder if Kucoin will give out ONT I have my NEO stored there.

Do you know if the scripthash for the token be available on neotracker.io (for example) so we can manually add the token to our ledger/Neon wallets?

I think by the time ONT arrives we will see a new update NEON wallet which shows the ONT token in it. And same for Neotracker.io I imagine, so you'd be able to get the hash from there once they list it. Ontology is a huge part of the NEO ecosystem so I have no doubt they will enjoy full support asap, but we'll have to wait until the actual ONT token is called into existence I think

Just opened my binance account and saw my airdrop :D

Great news so ONT will automtically appear in NEON wallet?

Great post mate, i saw the owner speak at a NEO meetup and it seems like a very promising project plus the strong ties to NEO makes ONT a definite hodl.

This post has received a 1.15 % upvote from @drotto thanks to: @pandorasbox.

Congratulations! This post has been upvoted from the communal account, @minnowsupport, by pandorasbox from the Minnow Support Project. It's a witness project run by aggroed, ausbitbank, teamsteem, theprophet0, someguy123, neoxian, followbtcnews, and netuoso. The goal is to help Steemit grow by supporting Minnows. Please find us at the Peace, Abundance, and Liberty Network (PALnet) Discord Channel. It's a completely public and open space to all members of the Steemit community who voluntarily choose to be there.