moneyinfant (56)in #cryptocurrency • 4 years ago

It started fairly quietly in December and has reached new levels as the New Year has kicked off. I’m talking about the banksters attack on cryptocurrency markets. 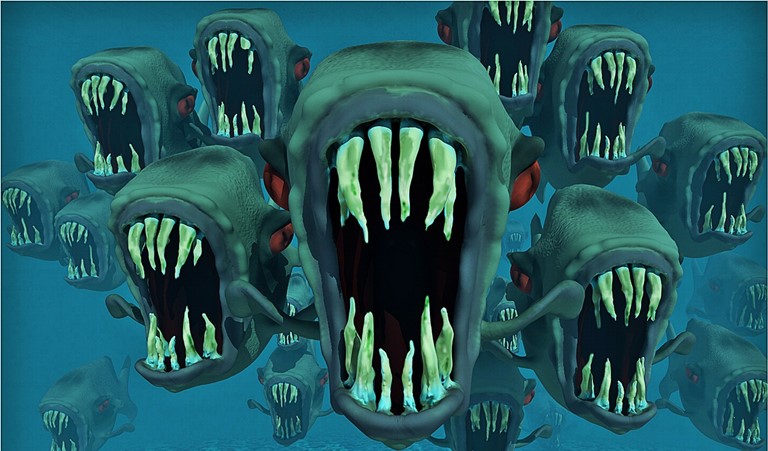 Please understand that the below is simply my own opinion and speculation. I have no insider information from Wall Street or institutional banks, nor am I a traveler from the future. I’m just a common man with a desire to be free.

I believe that with the introduction of bitcoin futures by the Cboe and CME in December Wall Street began to take the cryptocurrency markets seriously. And by that I mean they decided it was time to dominate bitcoin and other cryptocurrencies. Let’s face it, they enjoy the power they have over us, and like a mother tiger protecting her cub, they will stop at nothing to keep their profits and their hold on us secure. Decentralized currencies don’t support their aims, but if possible they will find a way to pervert the mission of cryptocurrencies to free humanity from the need for third-party trust agents (like banks and insurance companies, among others).

The first salvo was fired earlier this year and was basically just fear, uncertainty and doubt (FUD) spread by major names in the finance world such as Jamie Dimon, Warren Buffet, and Jeremy Stiglitz. This disinformation was meant to “stir up the pot” so to speak. It wasn’t really meant to scare anyone away from bitcoin and cryptocurrencies, it was meant to increase curiosity and interest. At this point traditional finance and banksters already knew that bitcoin futures were coming, with ETFs likely to follow in 2018, and they need mass adoption from the sheeple to push up prices after they accumulate significant positions in various cryptocurrencies. This first phase also included the accumulation of bitcoin for use in the second salvo.

So, the buying seen in December and in the first few days of 2018 are the second salvo, the accumulation phase. You’ll note that the cryptocurrency markets dipped twice in December, and both dips came on the Friday before a long holiday weekend. This is not something we’ve seen previously from the cryptocurrency markets – in fact they tended to rally quite frequently over weekends. But this type of dip pre-holiday is very common in traditional markets. Risk management at large institutional investment banks and such require positions to go flat ahead of these extended breaks to protect from volatility during a time when positions can’t be unloaded.

This second salvo is similar to the first salvo in that it is still a stealth move. No banks have announced that they are accumulating cryptocurrencies, and few have even acknowledged the promise of cryptocurrencies. One of the key clues to this accumulation is the massive gains seen in the price of Ripple, well-known as the bankster coin. Meant to replace the SWIFT system and facilitate bank-to-bank money transfers it makes complete sense that the banksters would want as much control over this coin as possible.

The next salvo will occur when the banksters realize there’s no way to control cryptocurrencies. There are simply too many of them for the banks to gain control. That’s when the third salvo will be fired. The banksters will bring their allies – government – into the war.

Certainly government is already deep in discussions regarding cryptocurrencies. Regulations are no doubt already being drafted, and you can be almost 100% certain that these closed door meetings include input from all the world’s largest financial institutions. And you can also be certain that any regulations will not be detrimental to the banks business models, though they will almost certainly be detrimental to the average human being trying to utilize cryptocurrencies.

Once government gets truly involved with cryptocurrencies you’ll most likely be told where you can buy (banks and regulated exchanges), when you can buy (market hours), and how to report your purchases (so you can be taxed). Certain types of coins may be banned in some form (likely coins that allow privacy such as Monero, ZCash and Verge). This could even see the beginning of talks about a government sponsored cryptocurrency, although that could be delayed unless crypto become more user-friendly by that time. 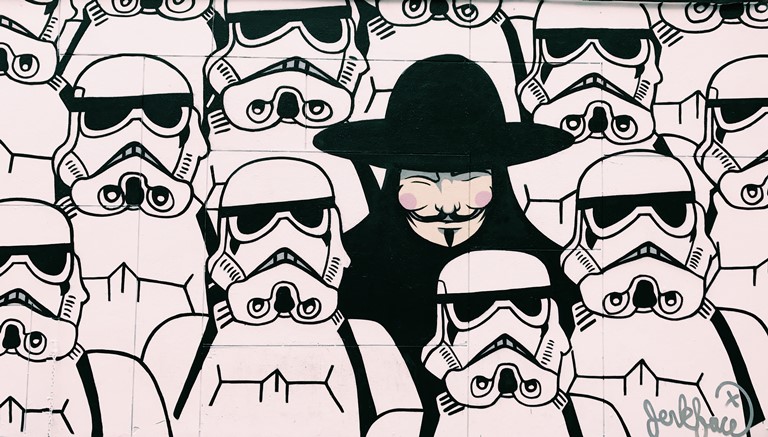 No, this is a war of attrition for the blockchain. It will work its way into every corner of industry, business and consumerism. The genie is out of the bottle, and for better or worse (certainly we believe for better), there is no putting it back.

Banksters may have declared a war on cryptocurrencies, but it is a war they cannot win. As long as blockchain remains decentralized and transparent it will prove to be another step in the evolutionary ladder. It may take decades for the war to end, but end it must, and the endgame is the dissolution of third-party middle-men taking up valuable resources simply to provide a tenuous trust to the system.

There’s a new way to enable trust in transactions and in each other – it is the blockchain.

Thanks for the Upvote!
If you like what you've read consider following @moneyinfant - I'd love to have you join me.

The Future of Crypto – A Short Story

I recently read that Microsoft stopped accepting Bitcoin as a form of payment because it is "unstable." Why accept it in the first place?

I worry about the war between banksters, government, and the public. I'm sure Marky Mark at Facebook and other bureacratic social media platforms who are currently selling our content and data will push for legislation against it.. but this train has already taken off, and it's gaining Steem.

There's no doubt that those currently in power will do everything they can to maintain that power, but you can see it already slowly seeping through their fingers. The genie is out of the bottle, and he's gonna be granting wishes for everyone, not just for the elite.

Thanks for your analysis and optimism!

Great post! Please check out an idea for a tool or set of tools that would allow us to use the future attacks against the Banksters.

History Doesn't Repeat Itself, But it Does Rhyme ~ Mark Twain

Headed over to that linked article and now I'm off down the rabbit hole. Thanks for filling up my Thursday night!

Congratulations! This post has been upvoted from the communal account, @minnowsupport, by moneyinfant from the Minnow Support Project. It's a witness project run by aggroed, ausbitbank, teamsteem, theprophet0, someguy123, neoxian, followbtcnews/crimsonclad, and netuoso. The goal is to help Steemit grow by supporting Minnows and creating a social network. Please find us in the Peace, Abundance, and Liberty Network (PALnet) Discord Channel. It's a completely public and open space to all members of the Steemit community who voluntarily choose to be there.