The Next Rockets? Most interesting tokens in TOP 100 market cap

marusciano (27)in #cryptocurrency • 3 years ago 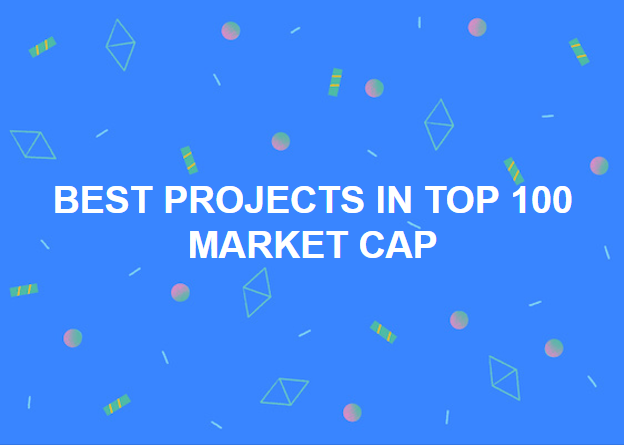 I have spent hours making research about the most interesting and potentially valuable tokens in top 100 for market cap. I don't know if these projects are going to be popular in the near future but on my point of view, it's worth it to take an eye on them. You may know some of them but I am sure you won't know all of them.
Disclosure: I am not an expert, I may have made some mistakes trying to explain their purpose and how they work. All I wrote is from my understanding and I would invite you to correct me if I am wrong.

---Iota (MIOTA): 5 in the Market cap ($ 0.88):
This is pretty famous and I don't need to say much. Cryptocurrency with no transaction fee, infinite scalability, designed to make transactions between machines. Very futuristic with huge potential.

---Golem (GNT): 34 in the Market cap ($ 0.23):
--- iExec RLC (RLC): 74 in Market cap ($ 0.71)
These two projects are trying to use the computing power from all the computers around the world. The goal is to create a worldwide super-computer accessible from anyone. Huge potential.

---Sia (SIA): 33 in the Market cap ($ 0.007)
---Storj (STORJ): 61 in the Market cap ($ 1.18)
---MadeSafeCoin (MAID): 31 in the Market cap ($ 0.45)
I put all of these together because they have very similar projects: creating a cheaper and safer cloud that can compete with giants like Amazon S3, Google Cloud and Microsoft Azure.
The goal is the same. I cannot decide myself of which one is the best. From my research, I saw that with Storj and MadeSafeCoin people can get money from sharing their hard disk but I couldn't find anything like that regarding Sia.

---BasicAttentionToken (BAT) : 27 in Market cap ($ 0.22)
They are creating a browser, named Brave, that takes out all the ads and will (in the next stage) monitor privately and anonymously all your actions. The particular thing here is that the Advertising will pay, using BAT token, not just the Publishers but also the Users that decide to accept the ads. If I didn't convince you yet let me tell you that the founders are the creator of JavaScript and the co-founder of Mozilla and Firefox.

---SingularDTV (SNGLS) : 62 in Market cap ($ 0.14)
This is an ambitious project that tries to recreate what YouTube has done so far. The difference here is that there will be no censorship and that both the creators and users will receive token rewards.

---Particl (PART): 74 in Market cap ($ 8.18)
This is an interesting marketplace where users can buy and sell from all around the world in complete and secure privacy.
The coolest thing? You can use any (at least ideally) cryptocurrency to buy what you want.

---Edgeless (EDG): 73 in Market cap ($ 0.81)
This is the first casino based on Ethereum blockchain. They declare 0% House Edge and transparency guided by Ethereum smart contract.

---vSlice (VSL): 104 in Market cap ($ 0.93)
Kickstarter for games on the Blockchain. Oculus Rift raised $2.4 million on centralized platform; Kickstarter. It sold for billions to Facebook. None of the early kickstarter contributors benefited. With vSlice and the Blockchain that will never happen again (at least that's what they claim).

---Lunyr (LUN): 107 in Market cap ($ 12.99)
This is a Wikipedia 2.0. The difference here is that the contributors will be incentivized to share their knowledge because if what they wrote is correct, they would get these tokens as a reward. So the information provided would be even more accurate than Wikipedia.

--- Mysterium (MYST): 102 in Market cap ($ 1.63)
To be completely anonymous on the internet we use VPN. But VPN is given to us by some providers and we don't know what they do with that information. Mysterium is the solution for the total privacy on the internet. Being decentralized there is no central company that owns your data.

---TenX (PAY): 19 in Market cap ($ 3.56)
Very interesting project that may push the world of cryptocurrency mainstream. The team behind it is creating a card that can make transactions like a normal credit card using several cryptocurrencies. The founder of Ethereum is one of their advisors!

---OmiseGo (OMG): 13 in Market cap ($ 7.02)
It's a cryptocurrency that aims to unbank the banks. It is a public Ethereum-based financial technology. I will just leave you with this picture. Good analysis of the fundamentals of those coins. It would help if you could talk more about the teams (which I think is critical) and also about the number of issued coins and if there is limited supply or not (extremely important because I believe that deflationary coins are almost like FIAT).

Thanks for the analysis. I'm glad to see that I'm on track with a lot of these. I'm buying bitcoin and ethereum every payday, and dropping $25 on two different altcoins every payday. Trying to figure out what the keepers are gonna be. This has been helpful.

Good post and analysis. Not sure if I agree with all but still I am thankful you shared your analysis.

Nice post. I was about to post a similair thread. Be prepared for a fluctuating crypto market. I was researching a way to do better investment analysis on the current cryptos. I was wondering if anyone of you uses: https://www.coincheckup.com The best crypto analysis site by far. Complete in depth investment analysis.