This is my second day trading with Coinigy and I made 4 trades based on my interpretation of the charts. Two trades were unsuccessful and two trades were successful, leaving me with a loss of about $1.25 today. 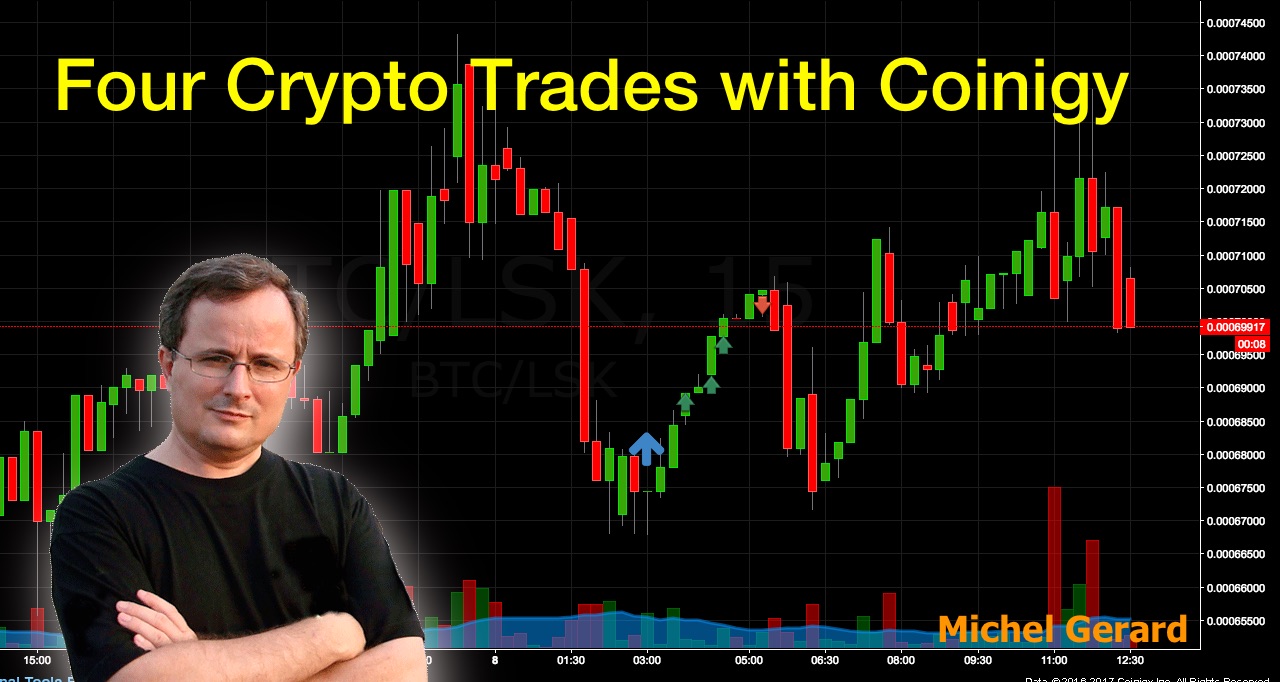 I am no expert, this is my trading journal where I show what I have learned day trading crypto. I play very small as I am learning and I hope this post can be useful for you. If you would like to try Coinigy please use my referral link https://www.coinigy.com/?r=842aeb1c because I will get $15 if you purchase later on.

As I thought CVC was going to go up, I first placed a buy at 25%, and then nothing happened. The green candle was getting bigger and I thought that my buy order was now too below the last buy price, so I made a new buy order. It was processed successfully and when I cancelled the first order, a part of it had been already processed without my knowledge. That's why there are 2 buys when I intended to make only one. Then, shortly after, it started to go down and I decided to take the loss immediately, not in panic, but because if I am not proven correct, then it's better to exit before losing too much or hope for a reversal. As you can see it did go up a bit later, and then down, basically going nowhere.

These are the buy and sell orders.

I wonder if the delay in executing the first order was due to a low Internet connection or Coinigy having to much of a delay between the execution of the sell on the exchange and reporting it.

Looking at the chart LSK had a good chance to go up and it did. From where you see the blue arrow, I thought it was going to go up, so I waited to place the first order at 25%. Then, it did the same thing, it continued to go up and nothing happened, so I placed a second order because I didn't want to miss the boat. It was executed, and when I tried to cancel the first order, it said it couldn't be cancelled and it did buy a ridiculously small amount of LSK. The third buy was 10% and it was executed normally.

I was expecting it to go higher, but I had to go outside and decided to put a stop loss, so I would still be in profit in case it went down.

The first order with the small amount is the unwanted one.

Then, while I was outside, the stop sell order triggered. Hopefully, it did very well as LSK started to dive. I got my small profit.

It was not at bottom yet that I had to go pick-up my daughter at school, and then drive her to a special class. Unfortunately, during that time, I missed 2 nice ups!

So one more time a fragmented buy order in this one, which is a bit annoying.

I was too late for this one, but as I thought it was going to go much higher, I bought. The first order at 25% was executed smoothly and as it was still climbing, in the excitement I put a second order at 10%.

Just after I placed the second order, it started to go in the red... 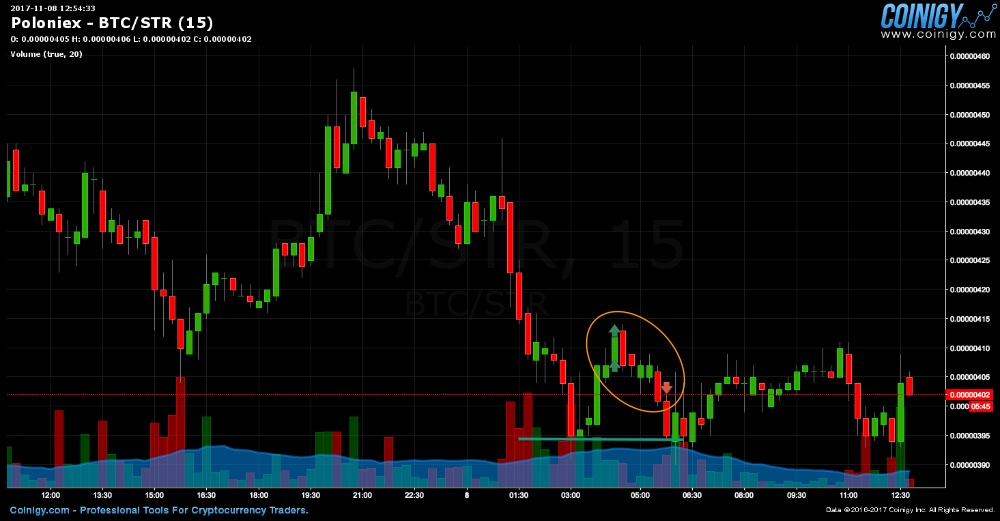 This time, I decided to break the rule and wait a bit more hoping it will go up again.

An hour later, it was definitely not going up again, so I sold.

This trade showed me exactly why it's better to take the loss immediately as I did for the first trade today.

I took my time with ETH! From the blue arrow you can see, I though it was going to go up after looking at some previous patterns. It went up, then down, then up and it's when I bought. The buy order was executed normally and as I was running this trade at the same time as the LSK one, and going outside, I placed a stop sell order, but a bit too high from what the price was at and I missed a bit more profit. It seems that each time I go outside and place a stop loss order, then it is triggered very soon after!

This post is my trading journal for my second day.

Thank you for sharing your experience with trading here with us.

This post has received a 5.15 % upvote from @buildawhale thanks to: @gmichelbkk. Send at least 1 SBD to @buildawhale with a post link in the memo field for a portion of the next vote.