cryptowallet (55)in #cryptocurrency • 4 years ago (edited) 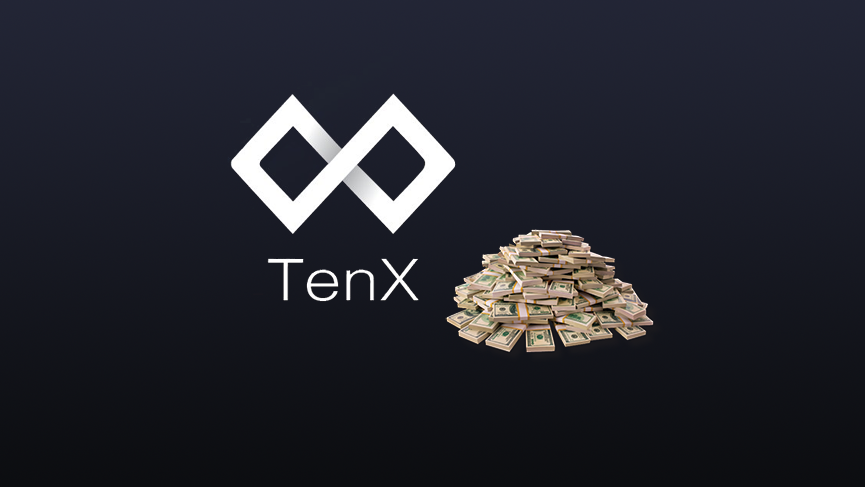 So I would like to start off this article by saying a few things:

Ten X has yet to be released on any markets. The coin is on Etherdelta, but from what I've heard they were given a promissory note of a certain amount of tokens, and that is the price of the tokens... No amount was given, but lets call it PreTenX TKNS.

Do you see the difference yet? The less tokens, the higher the price; and the more tokens, the lower the price. TenX has ~9 times the amount of token supply then Token Card, so assuming it does well the price would maybe be $.25.

My final point is TenX released this via Twitter. My assumption is they are probably putting it on an exchange tomorrow. If that is the case, the amount of tokens that will be on the market will increase dramatically from PreTenX TKNS to the normal TenX contract address.

My warning, be careful. If you have a pre-sale token it may be a good idea to sell. Again, do what you want and what you do is on you, I've been wrong before.... Also, if the price was $65 per token, the market cap would be around 9 Trillion dollars, which I don't believe would happen straight out of an ICO.

I bought some TenX a few hours ago at https://hitbtc.com/exchange/PAY-to-ETH. I plan on holding. Trade went smoothly.

I think it could skyrocket once it's officially launched on several exchanges. So far it's only at HitBTC.com.

Tenx have a working product and the investor will get rewards from it. Monaco is just an IDEA but TKN looking good. I think the competition is between Tenx vs TKN. Tenx still not released yet so price has nothing to do with tenx. Tenx is going to start trading at bittrex 4pm UTC

TenX has more hype than the other two. Should have a higher market cap. In crypto, a large component of success is hype not so much equivalent functionality.

Selling when an ICO trades is a tough call. In my ICO 101 video, I told people to sell if their ICO trades higher when it hits exchanges because if the project hasn't released any live use cases... then take the gains. That said, I can see the other point of wanting to invest in something long term, and so you hold 12+ months and hold through any dips.

Trying to gauge the dips on the things you want to invest in and then 'buy at the right time' is hard to do. It's hard to know how low something will go. It's much easier to see the long-term potential.

The best paying investment I made in 2015, I chickened out of because it dropped 50%. Had I not cared, and just held through the decline because I knew the long term potential, I would have made millions. The coin was NEM, back then NAEM. Owned 9 mil coins, bought during hype and "paid to much" and was a bag holder.

If you find yourself a bag holder in a solid long-term investment that you're confident on, just hold. Hold that bag with pride.

TenX in the end, though, is a dividend coin. I would think of it personally, sort of like a risky preffered stock almost. It's not a currency, it's a dividend security based on the number of users of the TenX card, so hype about the product helps a lot in a case like this.

I agree about Monaco, but TKN sold out in 30 mins. I eventually plan on getting all 3, but 140 million coins, that is over 9 trillion for market cap. I just don't see that being probable...

As I am aware the value of the tokens is in the ability to collect "interest" from a swipe of the TenX card i.e. whenever and wherever a TenX transaction is made the token holder will receive a small percentage of the transaction fee. Therefore the more tokens you hold the bigger slice of the action you will get.

If you are a long terms investor then the immediate price fluctuation may not be an issue. In fact it maybe the best time to acquire some more. Having said that, the success of the token therefore ultimately depends on its ability to sell their card to the masses. If you are a trader who like to trade in and out then maybe a time to take profit.

So the value can stack, but 66 dollars a token believe is just way too high right now

Its the uncertainties of things that make it an exciting time!
Thanks for the update and input.

Found your post to this article in the TokenCard slack. The price cited above is a pre-market price collected from the transactions of single exchange (HitBTC), so one cannot read too much into that figure. The ICO price was 1 ETH for 420 PAY....(350 PAY + 20% bonus).

all those ICO's - just like .com's before :) - well when the water goes back to the ocean we will see who is standing with no underwear

Interesting thoughts! Im not in ten X but I really wanted to, I don't think the hype on a lot of these ico's will last after they hit the exchanges..

yes this is a function of mrkt cap and shares available. View it as you would a stock.

I like your post though, its important that everyone participating in the crypto markets really does their research!

your saying turned out to be true