The truth behind the recent crypto crash So you bought the dip and just HODL, right? Well, recent reports say you might be seriously wrong!

Recently president Trump said that his administration would be making “major decisions” about its response to a suspected chemical attack in Syria within the next 24 to 48 hours on Monday, according to Wapo.

Meanwhile, more than 150 Russian diplomats, many of whom are believed to be intelligence operatives working under diplomatic cover, have been expelled from two dozen countries, according to The Guardian.

Israel has repeatedly expressed concerns about the expanding Iranian military presence in Syria as the Syrian government consolidates its control. Trump’s threats on Sunday could be seen as an opportunity, said Michael Horowitz (sic), a senior analyst at Le Beck International, a Middle East-based geopolitical and security consultancy.

“The timing of the strike isn’t coincidental,” he said. “By striking [Assad] and his Iranian allies just a day after Trump warned them of the price they would pay . . . Israel mitigates the risk of an Iranian response,” he said. “Israel has been trying to convince Washington to adopt a more pro-active, anti-Iran strategy in Syria, and certainly sees Trump’s rhetoric in the wake of the chemical attack as an opportunity.”

Russia and Syria have consistently denied all allegations of chemical attacks during the ­seven-year-long Syrian war, and in this instance they have accused the rebels of staging a “false flag” incident Saturday to trigger U.S. intervention.

As Russian troops moved into the area Monday in the wake of the evacuating fighters, Syrian doctors visited the site of the alleged chemical attack and found no evidence that poisonous gases had been used, Russia’s Defense Ministry said in a statement.

– It’s not a trade war – it’s a financial war, according to the South China Morning Post.

Just see what is happening in the U.S.: 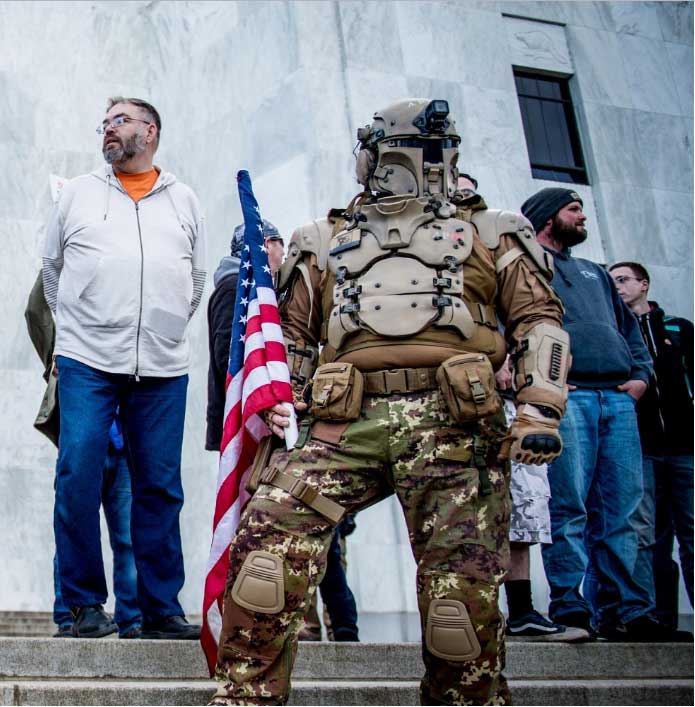 More precisely on the topic of war and crypto:

Depends on the extent of the war, if it's regional and not all out you may still be able to use Internet nodes going through neutral territory; for example, if Australia or Europe managed to stay out of it you'd still reach Asia by routing through those continents, bandwidth would be severly reduced though.

Biggest issue I see is EMPs, the public power grid and most if not all network infrastructure would fail and would take decades to rebuild, within that time new currencies (be it digital or paper) would almost certainly arise so even if you managed to shield your wallet the coins would have most likely lost all value by then.

With Meuller raiding Cohen's offices today plus the events of your fine post I expect Trump needs another distraction. Nothing better than those distracting wars.

Set your goals high and don't stop until you get there.