How to mine EOS coin 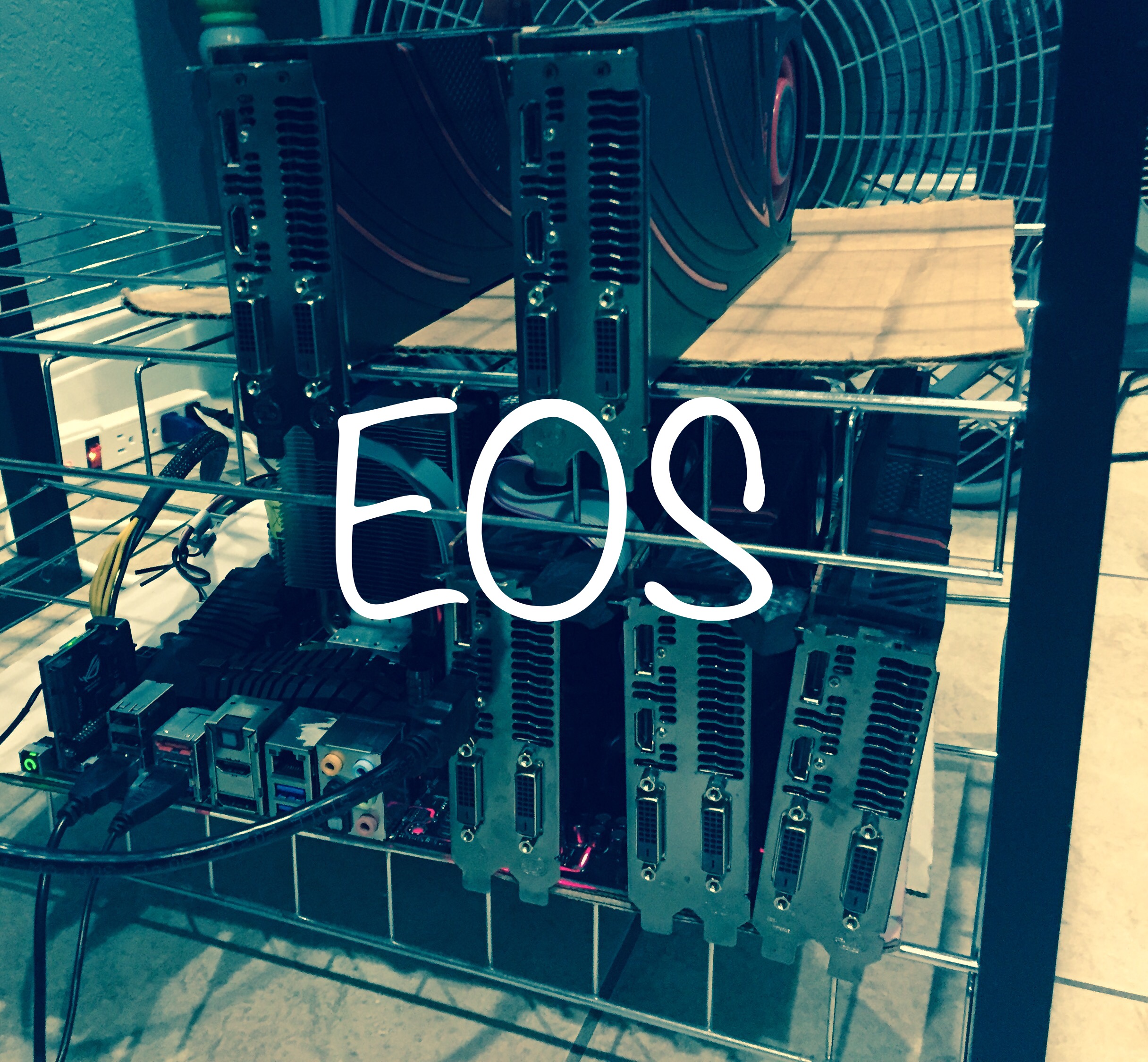 I wanted to throw together this very easy and straight forward guide on how to mine EOS. Without further ado:

Step 1. Set you miner to any Ethereum pool of your choice.

Step 3. Smile... you got in early on this amazing opportunity : )

If you have any questions on mining or how to buy EOS please don't hesitate to ask.

I think the idea of EOS as an operating system is amazing. It is definitely an ethereum killer. Please help me understand the EOS business model. I guess that the reason why people are buying EOS tokens is to make returns. What are the transactional value of EOS tokens, will there be an EOS coin that you change your tokens into? Ethereum require you to buy Ether to transact or set up smart contracts. EOS is free to transact, therefore as an operating system, what return could you as an investor in EOS possibly make. I understand that speculators are hoping for an increase in token value, but if the tokens cannot be used to transact on smart contracts, what is the point in tokens? I've read the terms of the ICO and it would seem EOS don't even know what use a token has to an investor, other than being a donation to developing EOS. So if I bought a token in EOS today, what would this be useful for later on? If you cannot answer this question, probably best to research some more.

All good questions. First, if you haven't read the white paper, FAQs, and watched the videos on https://eos.io/ I would highly recommend you start there.

The description of the ICO is explicit in which they state the token has no value and is effectively used to raise funds. However, I believe this is an attempt to be as politically correct as possible in an attempt to not represent the tokens as any type of currency. As we all know this does not let anyone off the hook regardless of their use of words when it comes to an ICO. In researching EOS, various sources will lead you to believe that the EOS tokens (as called for the ICO) will be frozen at the end of the ICO and EOS coins will be issued. It was made clear that developement for the EOS coin developement will not be a responsibility of block.one but will be open source. The general intent is that the "coin" is and asset in controlling a portion of the EOS platform bandwidth... and play into voting rights. Again, I would refer you to the white paper and EOS website for more info on this.

Now, I could never do it justice in terms of the technical explainations that Dan Larimer gives on the overall architect but as a "supporter" this is how I envision this product...

The investment in the current EOS tokens will be converted to EOS coins. The tokens on the Etherium blockchain are abandoned... ETH loses value even more. The new EOS coins are utilized and scaled to allow access to the "bandwidth" of this decentralized network. All new Dapps and companies that have began backing the product are ready to go live or have been already created their products during this ICO/development phase. On a grand scale you as an ICO supporter own resources that all of these companies are wanting to utilize. Not sure if I can put a dollar amount on that.

Again, this is my humble opinion and nothing is a guarantee but my guts tells me this will be huge!

I would also take a look at this for progress on the development front... posted just a while ago https://steemit.com/eosdev/@dan/eos-development-sneak-peek-for-very-early-developers

Great answer. Going to read a bit more, but your answer put me on the right path. Thanks

The value of your EOS token will increase because:

Cheaper mining for a fast, tradable, spendable, environmentally friendly multi function token with built in developer tools all on the same platform talking to each other! It's like we are getting our first "fuel efficient" cars at a time when gas prices are through the roof!

Thanks for this great info.

"Set you miner to any Ethereum pool of your choice."

Please can you explain step-by-step how to set up miner operation for newbies with no money.

And which Ethereum pools would you use.

Would this be be okay

Sure! What exactly are you looking for? The above link is exactly how to mine once you have a mining rig. I have used both nanopool and ethermine and they are both good pools.

Without money to put together a mining rig you won't be able to mine successfully. There are options to lease mining power online but I have not done this myself and don't recommend it.

Many thanks for the info

What can 5k get me and what alt coins should I be mining and where to make profits ?
thanks

You should be able to build a sufficient rig for $5k. You can mine whatever is most profitable on whattomine.com or chose one that you think will increase in price the most. For example, I started mining Monero when it wasn’t the most profitable... then price went up substantially.

Question: Is this a hard fork case where one now has currency in both Ethereum and EOS if one had Ethereum before the fork? Or is one in fact "converting" Ethereum to EOS and thus relinquishing the Ethereum? Thanks!

Thanks for the simple steps, Now i just need to figure out how to hook up an ETH miner .

Hope it goes well. Let me know if you need any help!

Please show me and help me to mine eos coins