A VPN (virtual private network) is a service that allows users to connect to the Internet through another server in a different geographical location. Contrary to popular belief, VPNs don’t provide complete anonymity. However, they are often used to enhance privacy, geo-spoof internet services, and gain access to blocked or censored websites. 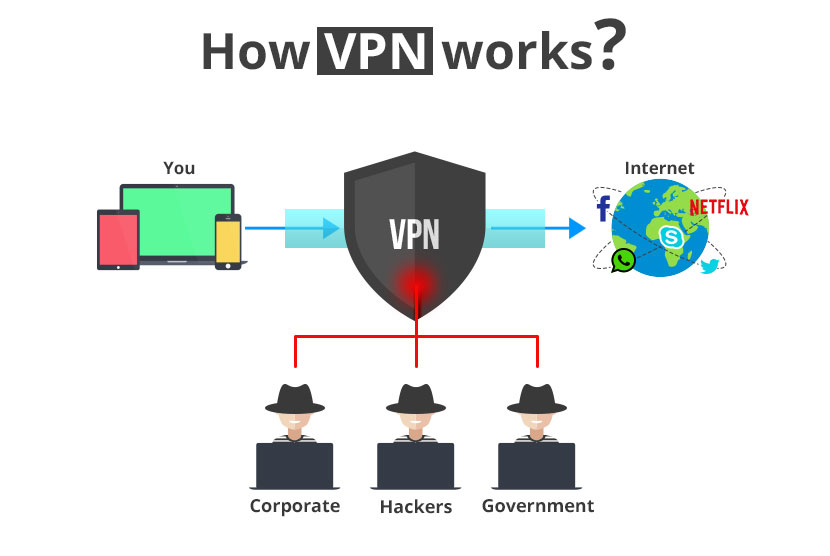 When you connect to a VPN server, the destination will only be able to see the VPN server’s IP address. Thus, if you’re trying to access a website or service that’s blocked in your country, a VPN could be a potential solution.

For example, countries like China and Russia have a pretty strict policy when it comes to web censorship. By using a VPN server located outside the country, users are able to access Google, YouTube, NY Times, etc.

According to this study, the global VPN market was worth approximately $40 billion in 2014 with expected growth to $70 billion by 2019.

Let that sink in for a moment.

VPN Usage Around the World

Check out this awesome graphic courtesy of Comparitech.

As you can see, VPN usage for many people in Asia and Eastern Europe is a way of life. They rely on VPNs for access to the kind of entertainment they want, news from government-censored news sites, and services to communicate with family and friends overseas.

If you’re reading this right now, you probably share the same opinion as me – free access to the Internet should be a basic human right in 2017. Unfortunately, that’s not the case. Thus, it’s extremely important to have a reliable tool that can bypass these government-imposed restrictions.

The Downsides of VPNs

VPNs, while useful, also have many downsides.

The most obvious downside of VPN services is the threat of government intervention. Most VPN services are structured as centralized companies, and can be easily shut down by governments. Some governments, like China’s, are also capable of forcing telecommunication companies to completely block all VPN traffic.

VPN traffic has a unique packet signature, and is easily identifiable. This makes it very easy for ISPs to block and filter VPN traffic.

VPN companies operate physical servers in expensive data centers. Like any other business, they need cash flow to keep the lights on. If you’re the owner of a VPN company, and the government is constantly blocking your IP addresses…how long are you going to put up with that before it’s not worth the trouble anymore?

Substratum is a new blockchain-based platform that decentralizes the Internet. The platform is comprised of two main pieces of software – SubstratumHost and SubstratumNode.

SubstratumHost lets users contribute computing resources to host websites on the network. Anyone can host content on Substratum, and be paid for their contributed resources. SubstratumNode acts as a mesh network that routes traffic through Substratum’s network.

Using Substratum as a VPN

Even though SubstratumNode wasn’t designed to be a VPN replacement, it effectively does the job even better than a VPN. Traffic on the Substratum network is disguised as generic HTTPS traffic, and doesn’t contain any easily identifiable packet signatures. Secondly, each request on the Substratum network is sent through a different route stack. This makes it very difficult for ISPs and other services to implement any kind of effective IP blocking. The only way to fully block Substratum is to simply shut off a user’s Internet connection. I don’t think ISPs will go that far…

Unlike traditional VPN companies which own many servers and IP addresses in data centers, Substratum is completely decentralized. There’s no centralized office that the government can shut down. The “VPN” will live on thousands if not millions of private computers around the world. Since Substratum doesn’t need to worry about the logistics and risks of maintaining centralized servers, they are free to focus on improving the software for users around the world. This model has been shown to work… Uber, a transportation service that doesn’t own any vehicles. Airbnb, a property rental service that doesn’t own any property. Substratum, a web hosting and Internet service company that doesn’t own any servers.

Lastly, I just want to state the obvious when it comes to the economics of using Substratum. Traditional VPN services require a monthly fee. Using SubstratumNode is free, and you even get paid in SUB for forwarding requests. What are you going to choose? An inferior tool that you have to pay for, or a superior tool that pays you to use it?

The Substratum team is extremely ambitious. Their vision is to completely decentralize the Internet. In the meantime, however, I think they should push SubstratumNode as a superior replacement to VPNs. By doing so, more users will be brought on to the network, which results in more decentralization and increased network performance and anonymity. This would also be great news for SUB token holders. Like I said earlier, the VPN market will be worth approximately $70 billion in 2019. If SubstratumNode manages to capture even 5% of that market, SUB holders will be very happy.

Subscribe for crypto news and alerts delivered straight to your inbox.

Substratum have a bright future ahead. I will keep a 24/7 node. I'm all in Substratum

Interesting stuff is coming for anonymity on the net. You mention vpns but there is also alternative ways to use vpns for more securely and anonymously which is using vpn chains. For one easy to make vpn chains I wrote a short tutorial: https://steemit.com/cybersecurity/@fako/unorthodox-way-of-using-vpn-and-tor-networks-chains