Fungible Assets vs Collectables - Part 1: The Theory of Crypto-Collectables 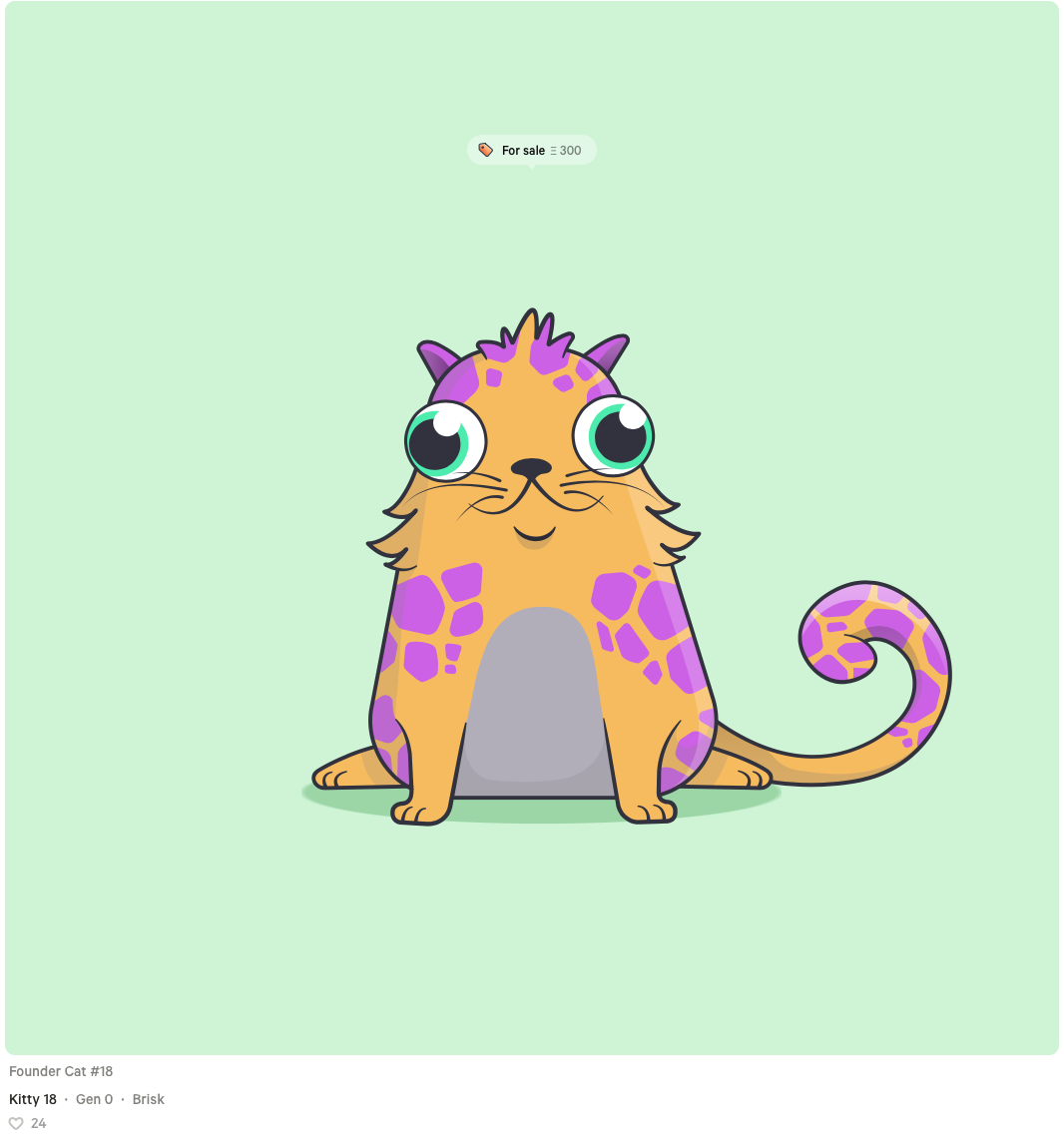 Image: cryptokitties.co
One of the first mainstream adaptions of crypto collectables: A Canadian​ tech company offers you breedable characters that can be stored on the ethereum blockchain. Utilizing​ the functions of the ERC-721 token standard, trading collectables through the internet was never that easy before. The most valuable kitty is worth more than 250 ETH.

In 2018, digital asset collections and smart property will be one of the most successful blockchain projects.​ Here's why: Serial numbers, hashcodes, deeds, tickets or equities are useful tools to monitor the provenance and proof the ownership of both digital and physical assets and goods. The model of the blockchain removed the need for corporations and central entities to act as guardians and enforcers of the genuine products. Providing disintermediation could empower customers to govern their rights without custodians or certified copies. Counterfeit goods are commonly traded in countries with lower copyright enforcement and lead to cartels and fraud attempts.

The rise​ of crypto-collectables: Tokenize everything!

Attributes can be added to existing coins by colouring​ them. In​ some instances, ​it is very neat to have a unique tradeable token. The process of tokenization can also define one share of a company's stock which​ can easily be transferred​ between two parties. A good example of​ this practice is the Russian Mining Coin. They achieved an asset-based token system using the Bitcoin Blockchain and the service of coloredcoins.org. One advantage​ of coloured bitcoin funds may be that they were issued in a given ratio to the bitcoin price (e.g. 1:1 or 1:100 ). Hence, colouring tokens partly avoid the liquidity shortages, extraordinary high volatility and market fluctuations usually associated with altcoins because there is at least a fraction​ of the bitcoin value left once it turned out to be a scam. Further, the chance that the token will be lost is way lower due to the fact that it is programmed on trustful sources like the Bitcoin Omni​-layer protocol.

"Who watches the watchmen?"

The basic problem in proof of ownership is best described by the famous quote of Roman poet Juvenal from his work Satires:

The public ledger of the blockchain solves that problem because everyone is in the role of the watchmen or practically the consensus of the network allows to get rid of third parties.
Given the fact that everyone can prove​ ownership of whatsoever assets without a centralized entity it enables a lot of real-world use-cases​, e.g. to sign the manufacturer's serial number, to trade a licence of a digital artwork, or create a local exchange trading system like Colu.

Fungibility is the property of a good or a commodity whose individual units are essentially interchangeable. Fungible assets require one unit of the asset to be equivalent to another unit of the same asset. A $10 bill is fungible ​because it can be interchanged with​ another $10 bill. Non-fungible assets generally have a greater scarcity than fungible ones. When you breed a 'Crypto Kittie' on the Ethereum Blockchain you will receive a new non-fungible token (NFT), also known as a ​distinguishable digital asset.
New York-based software company Larva Labs created 10,000 unique collectable​ characters called the CryptoPunks. CryptoPunks are unique 8bit characters and are currently traded up to 12 ETH.

There are already a lot of NFTs issued:

The founder of 'Spell of Genesis', Shaban Shaame, has a clear vision:

We want to set a new paradigm, not only for the game industry, ​but for the whole economy. An economy of peer to peer trades, decentralisation of companies, projects and patrimony

The revolution of non-fungible tokens

2018 could be the big year of NFTs. There are already numerous proposals for standardization​, for instance, ERC-721, ERC-223, ERC-677, ERC-777 and ERC-821.
By design, ERC-721 tokens cannot be divided and are each given an​ indivisible and unique set of properties, unequal to other tokens based on the ERC-20 standard. Using browser-extensions like Metamask DApps can be used without running a full Ethereum node.
A great feature would be to offer atomic swaps within crypto-collectables. Imagine you could trade 2 kitties against 1 punk within a single transaction! It seems that this could be done once we see the integration of the lightning network.

Hacking the hacker with non-fungibility - A bad idea?

A very new example that breaks the glorious standard of fungibility is the case of the Coinchcheck NEM hack where the devs marked the hacked tokens with the goal that users will not accept or devaluate the hacked tokens​. A similar​ practice was made after the Tether Hack. The Santa Monica-based startup announced a wallet upgrade to freeze hacked tokens to make them unredeemable​ against US dollars:

"In this way, Omni could prevent them from being used at a protocol level. This action was not taken lightly and has allowed Tether to safeguard against any further potential disruptions to the ecosystem in an effort to protect the entire community."

Even more critically in 2016, after TheDAO got attacked, there was happening a hard-fork of Ethereum to prevent that the hacker group could withdraw their declared ETH funds.
Generally, it is a good sign that improper use of a certain token can be revoked. But on the downside, it can lead to decisions which are against the codex of decentralisation: If interventionism on the protocol level is possible what comes next? Will crypto foundations​ start to mess up with their ethical policy? Unethical corporate values, greed and wrong economic decisions could lead many software upgrades to the same problem than the politics of small steps occurring​ to central banks. A wrong monetary policy curses the independence​ and ability to act of central banks for many years. One solution could be to give the holders voting rights. When there is a need to burn, redeem or mark a defined amount of tokens there could be made a proposal in the GitHub​ and a voting system to enable a democratic participation. A voting system like carbonvote.com looks more like plutocratic participation tough...

Some critics say that even bitcoin is not fungible at all. Coinbase refused deposits of tainted coins; the ​origin of the transaction was related to crime or money laundering. Hence, the public blockchain could result in​ a​ conflicted scenario. People's need for a third party fades away but at​ the same time, ​there's a lack of bank secrecy. 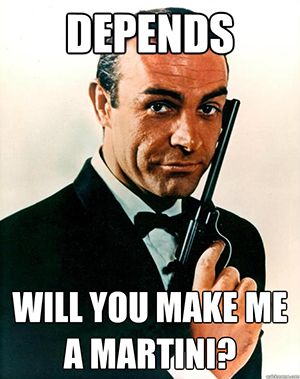 A solution could be mixing services that offer to mix potentially identifiable or tainted cryptocurrency funds using tumblers and mixing together transactions of multiple users. However, ​there are several disadvantages of this practice. First, it may be a violation of anti-structuring or money laundering law. Second, the service charges (network) fees. Finally, ​there is the chance to still get tracked by using metadata analysis software or by the conduction of a court order to search the service's database for law inflictions. This is not just a theoretical​ risk as Coinbase lost a court case against IRS by November ​2017. Some coin mixing services might have been already compromised.
Fungibility is definitely becoming a bigger problem as all these analysis companies are taking off. Tracking peoples' bitcoins is​ much more sophisticated today than it was in the past.

With courtesy of Vaultoro.com, the first bitcoin gold exchange, I was able to provide the community with this overview.
During the week I will publish Part 2: Token creation and issuance. The subject will be to elaborate the different types of token creation and which features can be applied to.
The last publishing of this series will be Part 3: 11 Practical ways to create and issue your own Non-Fungible Token. There will be shown how to govern the issuance by introducing technical software and hardware solutions.

We already have a proof-of-concept working, where you can create your own non-fungible collectibles :)

Disclaimer: Works with the Ropsten test network. We're currently in private sale, after which we're doing a full security audit for our contracts and deploying on mainnet.

An excellent exploration of crypto-collectables! I'm really looking forward to the next two parts.

thank you buddy, i always enjoy your writing, especially the collectible stuff ;)

Part 2: Token creation and issuance is published. sorry for the delay. It became more complicated than expected ...