Advice how choosing an ICO 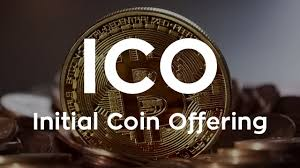 With the current huge oversupply of ICO and the legal problems faced by projects like Tezos,
the ICO market has become extremely dynamic and complex.
Is there a way to orientate yourself in this jungle?
This article attempts to answer the question.

But in the meantime, what are ICOs?

ICOs are online auctions where a start-up company sells "tokens",
that is, new cryptocurrencies created using the blockchain of a base currency, generally ethereum.
People who are informed about the project that the start-up wants to achieve and want to contribute to financing it,
all they have to do is buy a certain amount of token during the ICO, paying the equivalent amount
of another currency, generally ethereum, in the start-up blockchain.
In this way, the company obtains the sums necessary to carry out the project, while the lenders
who participated in the ICO will be able to make profits related to the value of the tokens they bought.
In fact, when the token is placed on the market of normal cryptocurrencies, it often increases
its value even up to 10 times compared to what it had when it was sold to the ICO.
The lenders can thus resell the token with a gain often much higher than the one
it is obtained by selling a property or trading on the stock exchange with derivatives.
The big profits that can be made are linked, however, to a series of factors that are not always easy to evaluate.
The number of ICO risky, unattainable or related to real scams is always much higher than that
ICOs that could lead to success.
So I thought to help you to choose this offer by selecting, based on your experiences
of previous ICOs, some rules that often prove capable of predicting the success or failure of an ICO.
The six "rules" of which I will speak to you in this article, are not magic formulas to be applied automatically,
but they constitute an evaluation grid that allows you to make a first superficial selection of projects
which must then be evaluated one by one in depth.

In other words, when the token of an ICO is an expression of:
• a product designed by people in the same environment as end users,
• therefore designed to meet a real need of these users,
• users who will therefore be encouraged to finance the project and use tokens,
When all these conditions occur, then the stability of the token's value over time will be much more likely.
And what is the quickest way to guess the presence of this magical synergy?
The best projects I've invested in are those in which I had the ability to get to know the CEOs and the founders,
maybe through social channels open to dialogue with the community of users / financiers.
Avoid projects where everything is managed by community managers and where you have to go through different people
to talk to the founder or CEO.
In these cases, you will only be able to talk to employees who do not care about your money (and sometimes not even about the project they belong to).

So afterall, if i am here to propose this Ico is because i check all of the overwrited point are right, you can check by yourself too, so you are invited in our project by clicking on the image below but do not loose time because the sale will end on 9th march

Please you are invite to telegram group to share your tought too:
https://t.me/joinchat/HvqaRBIBD2VEkSIkLvaEPg

Thank you for this detailed blog. Cheers!!

Wow greate article!
You just got a 10.99% upvote from @postdoctor!
Thanks for using the @postdoctor service!

You got a 25.00% upvote from @spotlight courtesy of @resteemable!