Lets look at the most iconic images from this propaganda media event (cos that's all it is). 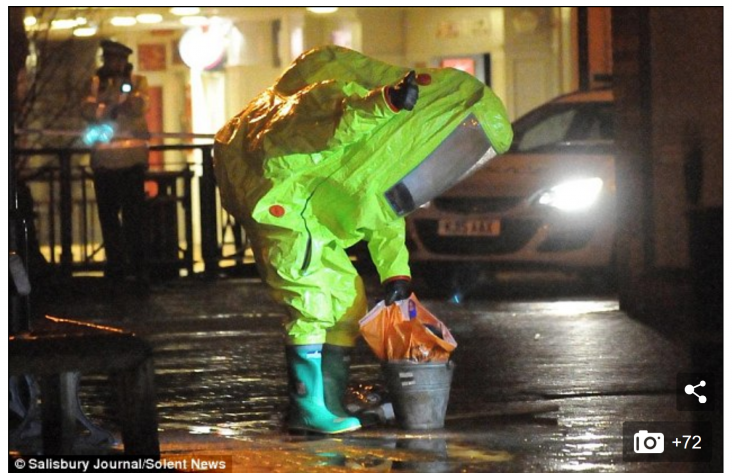 Orange is code for 33 (highest degree in Freemasonry & number of Illumination)
The supposed poisoned spy Sergei Skripal was 66 (33+33) and his daughter Yulia was 33.

The Italian restaurant with the exterior of a Masonic Lodge.
The 2 masonic pillars with a pyramid shaped capstone, and the blue & white of Blue Lodge Freemasonry.
And Zizzi written in orange for 33. 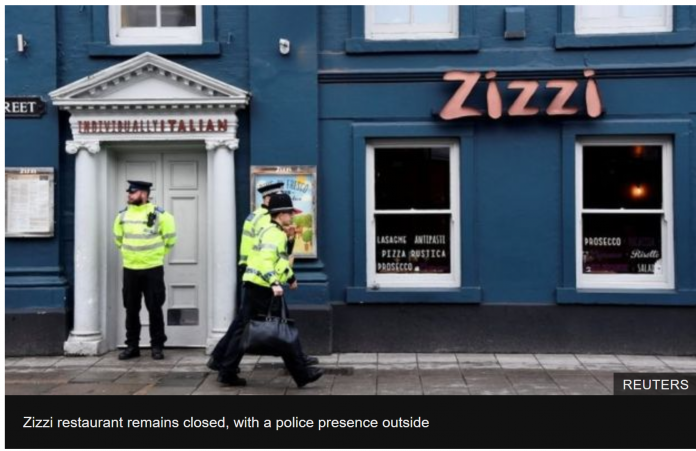 Even Numerology tells us Z is 7:

This "eyewitness" infront of a GREGGS shop.
G= 7 in Pythagorean so GREGGS (GGG) is also code for 777. 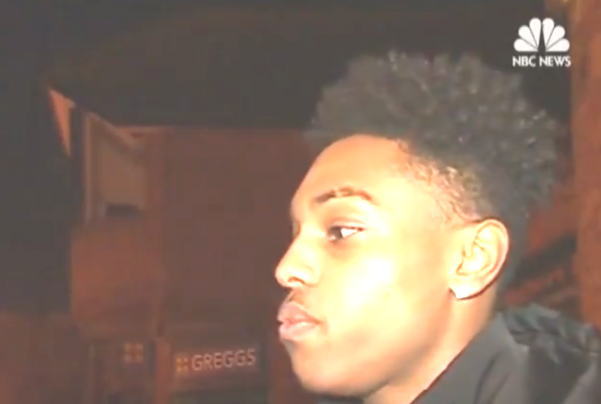 21 people "treated for poisoning". 21 = 7+7+7
And Amber Rudd also standing infront of the GREGGS shop (picture not clear but the blue&white + orange logo can be recognized), and wearing a masonic triangular/pyramid pin. 777 = "Order out of Chaos" in Jewish Gematria and a motto of the Scottish Rite of Freemasonry (Ordo Ab Chao).

For more information on 777 I recommend one of my old posts:
https://steemit.com/conspiracy/@lavater/the-numbers-7-77-and-777-and-the-coming-order-out-of-chaos-event-on-7-7-2017

An Order Out of Chaos PsyOp aimed at increasing the Tyranny in the UK (increased "Security") and programming the masses into hating Russia & Putin (who of course has already been blamed) in preparation for WW3.
Why doesn't Putin expose these hoaxes? because he's part of the charade (member of Freemason Lodge Golden Eurasia) and it takes 2 sides to tango in a War . The Hegelian Dialectic, 2 conflicting sides to reach a predefined conclusion, is what they always use to reach their common objective: The NWO.

Here's the 3 "witnesses":
This "jack the lad" bullshitter pretending to be just casually passing by on the sealed off bridge before he gets interviewed. Note in the staged scene he crosses someone carrying an orange bag. Also note the blue&white tents to represent Freemasonry and the yellow&white tents for the Holy See.
Everyone laughing and having a good time, that's how serious this poisoning incident was, a complete joke!

btw the Orange bag is not an odd occurance. They use it as easter egg many times in these hoaxes.
I even said it would be something to keep an eye out for in my analysys of the Economist "World in 2018"cover, which had an Orange bag. It is something THEY told us to lookout for.
https://steemit.com/conspiracy/@lavater/the-economist-s-world-in-2018-cover-and-this-quote-as-my-new-year-resolution-you-never-change-things-by-fighting-the-existing
And the main iconic picture from the event just so happened to have an officer picking up an orange bag.

here's the bus in Moscow with the expelled russian diplomats.
777 on the licence plate, ad Orange inscription. do you still believe it is all a coincidence or that it is one giant phony fake show?

As per motives behind this psyop hoax: this controlled opposition shill Paul Mason calling for increased military spending is all you need to hear!
https://twitter.com/paulmasonnews/status/973267131973406727 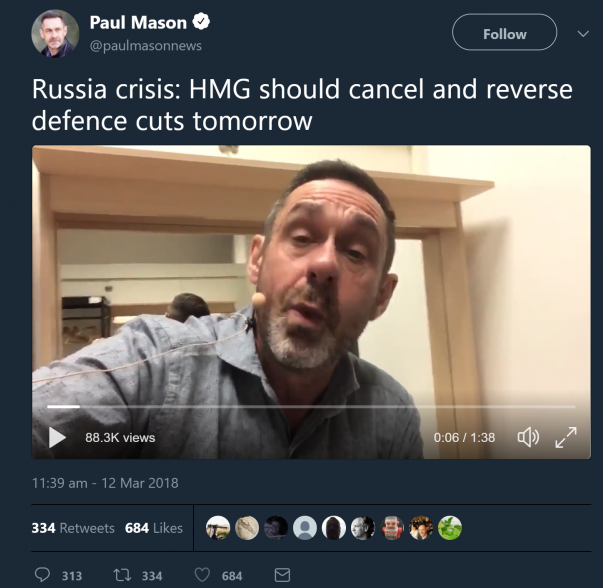 And this journo tries to pass of as a lefty anti-war activist? A Mason indeed, a complete fraud!

and they got what they wanted: instead of cuts, billions more of taxpayers money for the armed forces (and the mlitary industrial complex). The forensic officer with the palette, the builder bucket/orange plastic bag and where does that clay/sand come from? this looks ridiculous, all about referencing masonry. 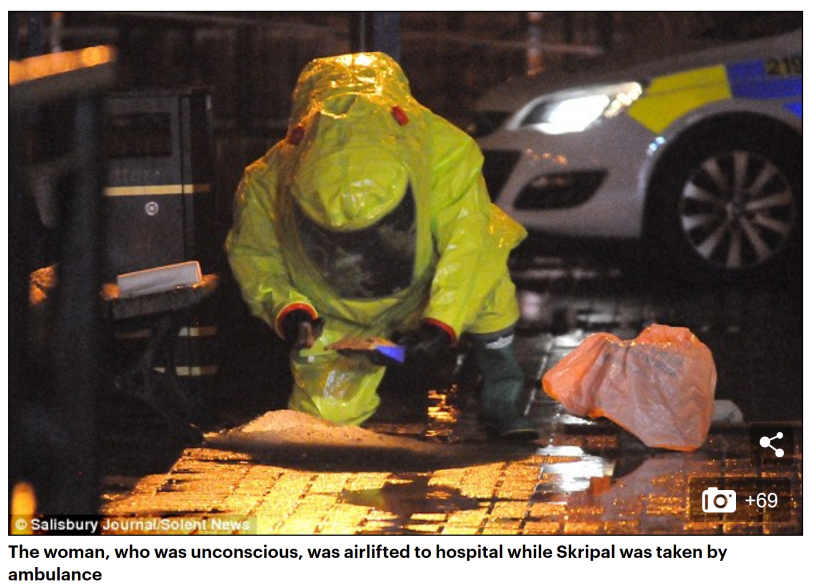 *with the trowel spade, bucket and clay. reference to masonry (brick laying etc)

"Cheers british taxpayers for paying for our new life on a Pacific island....here the weather is much nicer and we won't be hit by any of those pesky bombs during WW3. Cheers!"
Sergei Skripal and Yulia no early retirement for them it seems, as they are making a "miraculous recovery".

maybe Russia isn't in on the hoax after all, as they are demanding to see the girl. and would have probably demanded to see their bodies if they had been pronounced dead.

And the Kremlin has finally started calling the event "staged". 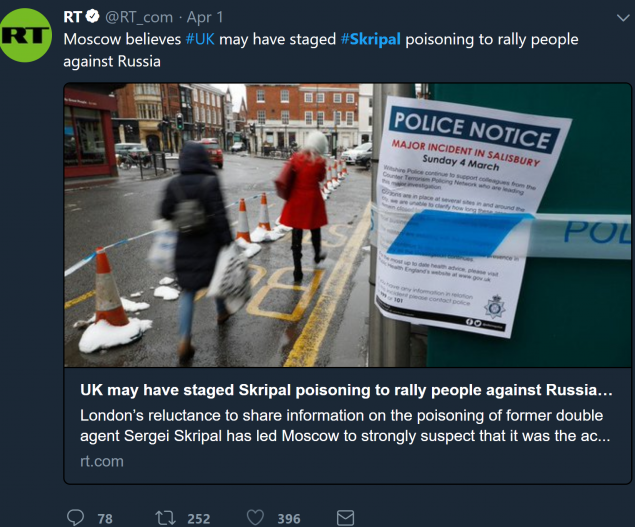 Better late than never, in the meanwhile the UK reached all of its objectives. Also the white 7 among the black numbers is bizarre, unless they wanted to highlight it. 7 of course is G (the letter in the Freemasonry logo). 3+4 also is 7 as well as 322.