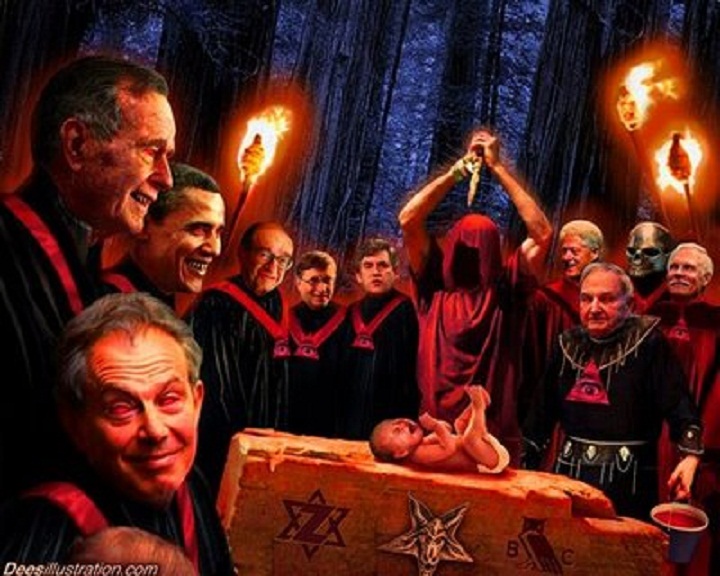 Last year, I called Stew Webb, (who calls himself a Federal Whistleblower, former CIA agent) and talked to him. He explained that on the summer and winter solstice, the Illuminati council of 13 comes to Denver, CO - to the Brown Palace Hotel. He challenged me to go down there and sit in the bar and wait for them to show up - after midnight. I chickened out. Plus I could not get anyone to go with me...

Stew Webb's character has been questioned and name smeared and this situation continues to be swept under the rug, mainly because they el-ites don't want to be found out.

There are articles from 2011 onward about this child sacrifice on the solstices in Denver - and of course the powers that should-not-be, have made sure that the links go to 404. Stew stated that here is a tunnel in the Brown Palace, that goes under Broadway, the entrance of which is across from the Ship's Tavern, between the Men's and Women's restrooms - which they take, to get to the Navarre Hotel, which is diagonally across the street, owned by the Anschutz Corporation.

Glenn Canady wrote an article about this regarding the summer solstice ritual, June 20, 2017. Which compiles a lot of this information.

Here is an uncensored interview with Stew Webb by Glenn Canady!

Stew drops a lot of names - including Henry Kissinger who is mentioned by Bryce Taylor as one of her handlers in her book Thanks For The Memories.

Testimony of Anthony LeVey, son of Anton LeVey, who talks about Colorado, and the Kimbell Castle in Sedalia, CO, which is another location of sacrifices, and about the council on 13...

Do your own research! I live in lovely Satanic Illuminati infested Denver, so I write a solstice article bi-annually to get the world out. This year there is a lot more to go on. Last year, Larry Mizel - another one Stew talks about - who is the CEO of Richmond Homes, came into Home Depot where I was working with his wife - to the paint department. I recognized them from pictures on Stew's website - plus Larry was wearing an MDC Holdings jacket...UGH! I was soooo ooked out. I had to mix paint for these fucking illuminati cannibals.

his beautiful postings, dropped in my account and upvote

Interesting information, I have to say.
It is obvious that satanic human sacrifices goes on.
I upvoted your post.

Hey thanks! - The Denver branch of the illuminati - Larry Meizel - is buddies with Hickenlooper, our govenor - and our mayor - Michael Hancock who is a supreme prickster - they will use their power to keep this quiet - they probably like the money that flows into Denver when these el-ites count it as a vacation destination!