An incident occurred today, that made me stop and take action where two members of the public were being verbally assaulted by and aggressive male yelling racially charged threats.

I had met up with a mate to play Pokemon Go on our day off and enjoy the weather outside, when we headed into the shopping district.

To my right there was a small group of people standing watching two members of the public be verbally abused in a corner of the street.

I ventured closer and could hear the screaming and yelling of a male person that had cornered what I perceived to be at the time students from overseas that were visually shaken not knowing what to do.

He was right in their face pointing and raising his fists above his head with no perception of what was going on around him.

I'm not going to go into what this person was saying but this was so disgusting and uncalled for.

I called out to tell him to stop but he was not listening, this is when I walked over and stood in the middle of him and the victims to attempt to calm the situation.

Standing in the middle between the aggressor and the 2 students he preceded to attempt to hit me which missed my chin and I then spun him around making a citizens arrest with the help of a mate.

This individual was violent and the aggressive nature of his threats to these students was out of line.

A third friend called the appropriate authorities and the individual was taken aside away from the small crowd and victims.

I was fine, but was concerned about the individuals that had been assaulted by this assailant.

Catching my breath I asked them if they were ok, and what happened when the man approached them in the street.

The male said he was a student from overseas (the name of the country is irrelevant) and his friend a lady was also here to study medicine at the university.

He explained they were just walking minding their own business when the individual approached and cornered them for no reason at all.

I'm not saying that you should throw yourself into a situation you don't feel comfortable in, but there is nothing wrong with standing up for what you believe in or calling for help.

This is something really left field for me to post, I just needed to get my thoughts out. 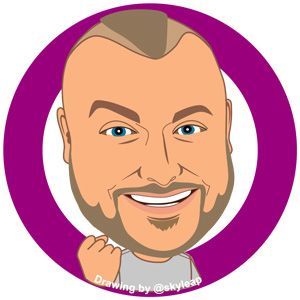 Good on you, man. There is no room for racism here. Australia was built on the backs of people from around the world. Glad that there are people around who stand up for what's right.

Thanks mate, people also forget that so much money is brought into this country by migrants and tourists. Without this money coming into the economy I would hate to see what it would look like.

Good on you for intervening. Too often people pretend to not see and don't want to get involved. It's sad how often this kind of thing happens.

Yeah I can't agree more with you on that comment.

Sounds like a real nutcase.
"You've done nothing to me but your skin is the wrong colour so I'm going to yell at you."

Pretty much, I was just glad I could help in a small way and show others that this can't be tolerated.

Mate that's insane, I'm sure the oppressed students were relieved that you stepped into the situation!

Congratulations @o07life! You have completed some achievement on Steemit and have been rewarded with new badge(s) :