My mom and I were scammed in Rome when we were taking a break at McDonald’s. The scam started with a man, appeared harmless and well-dressed, that dropped some coins in front of our table. It was deliberately staged that made us to believe it was some carelessness. My mom and I fell into the trap. Both of us bended down, looked underneath the table and found the coins for him. When we were handing the coins to the man, he generously expressed thank-yous more than we could receive.

Some 20 minutes after that, we were leaving McDonald’s and he was tailing behind and pouring two mugs of coffee on us. This was deliberately staged again. He was doing it in a group of two; he was pushing my mom out of McDonald’s and the other was drawing my attention. One of them stole my mom’s phone. I blamed myself for not staying alert and protecting my mom.

Who will honestly state the intention if he or she is a scammer? Scammers disguise and impersonate innocent boys, mens, girls, and women just to catch you off-guard. I whatsapped my mom’s phone right away in hopes of getting the phone back. It was too late and in vain.

Scammers are the worst? No, those players having stolen somebody’s heart are! 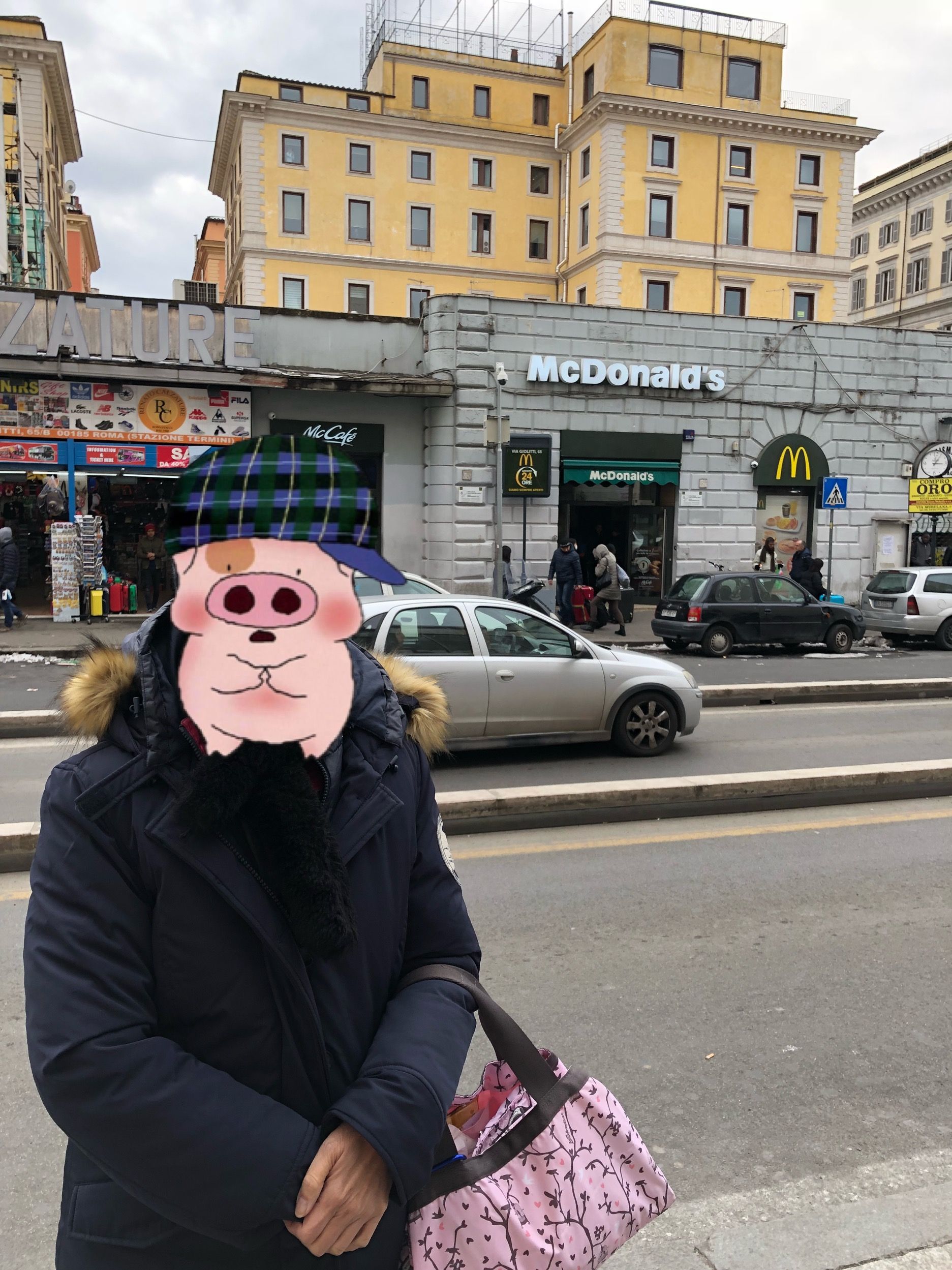 Location of Crime and the poor victim, my mom Really sad to hear that. I will go to rome in easter too LOL!

You have earned 5.00 XP for sharing your photo!

Thank you so much for using our service!

You just received a 33.67% upvote from @honestbot, courtesy of @lilypang22!

We're very sorry to hear about this ... :( Also, thank you so much for using our tag BUT you didn't reach the 250 word min in English for this article. It was so close though :(

Really sorry to hear ... and I hate to hear storries liek that from fellow travelers. But if you're tourist you're a target BUT the same thing can happen to you even back home. Did you report it to the police?

Hi,
Thank you for participating in the #travelfeed curated tag. To maintain a level of quality on the project we have certain criteria that must be met for participation. Please review the following: https://steemit.com/travelfeed/@travelfeed/how-to-participate-use-travelfeed-in-your-posts
Thank you very much for your interest and we hope to read some great travel articles from you soon!
Regards,
@travelfeed