Earlier installments of this series on sustainability
are posted here: Part 1 | Part 2 | Part 3

Why would our president want to encourage Americans to spend money rather than save it? Because President Roosevelt was getting economic advice from someone who believed that spending was necessary for economic growth.

John Maynard Keynes was a British economist who advised FDR. The biggest fear Keynes had was underconsumption. He wanted people spending their money, not saving it, especially when the economy was trying to recover and grow. He believed that if people saved their money, they were keeping it to themselves rather than allowing the economy to better use it for them. Many of his followers at the time believed that you saved money at the expense of someone else.

Keynes also believed that if people saved their money to improve their own finances, they actually ended up hurting their own finances. If the economy slumped because of all this saving, your saved money would buy less and less. He called this the “paradox of thrift.”

Another economist of that time, F. A. Hayek, argued that people like Keynes were missing something unseen. (For more on what's unseen in an economy, check out Section 6 of Cost Benefit Jr.™.) Keynes saw the lack of money being spent in the economy, but didn't see what the saved money was doing behind the scenes.

Back in the 1800s, a French economist had already written about this problem. Frederic Bastiat included a short story in his larger book, That Which is Seen, and That Which is Not Seen. The story showed how saving and investing money helps an economy grow. In his story, two brothers split a large inheritance. Mondor is an extravagant spender and Aristus is a frugal saver. As Mondor spends his inheritance quickly and lavishly, his neighbors credit him for the positive “visible effects” his spending has on the community’s economy. But by saving his inheritance, Aristus provides few visible effects; as a result, his neighbors think he’s mean and stingy. Those neighbors are shopkeepers and tradesmen who wish Aristus would spend his inheritance on the goods and services they offer.

Bastiat’s story goes on to show that the money Aristus saves not only helps the economy, but it helps the economy more than Mondor’s extravagant spending. Why? Because, eventually, Mondor’s inheritance will be completely spent. Once it’s gone, it can no longer help the economy. But by saving and earning interest, and by investing in new ventures, Aristus can actually increase the amount of his inheritance over time. His saving habits allow him to actually spend more, over a greater time period, than Mondor. Bastiat concluded that to save was to spend.

But this answer seemed too simple to the economic advisors surrounding FDR, including Keynes. We'll explore more about the saving versus spending argument next time.

This article is one of a series I'm writing for the 30 Day Writing Challenge hosted by @dragosroua. If you want to join, write on a topic that interests you or that you'd like to learn more about and use the tag #challenge30days. As Dragos says, "The key word sequence here is: "write every day."

Interested in a relaxed place
to kick back and chill
with other writers and creative types?
Check out The Isle of Write by clicking below! 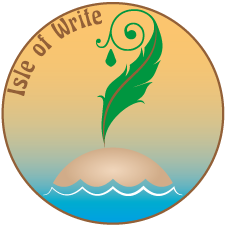 Happy New Year @geke!! I wish you a happy, healthy and prosperous year ahead!

I find your topic so interesting. It has been just in the last four years or so that I began to think about money in a way different than my parents. I SO wish I would have woken earlier!! I am reading as much as I can to make up for my late start lol...better late than never!!

The idea of underconsumption is interesting. People in today's consumeristic world don't have that, problem do they?