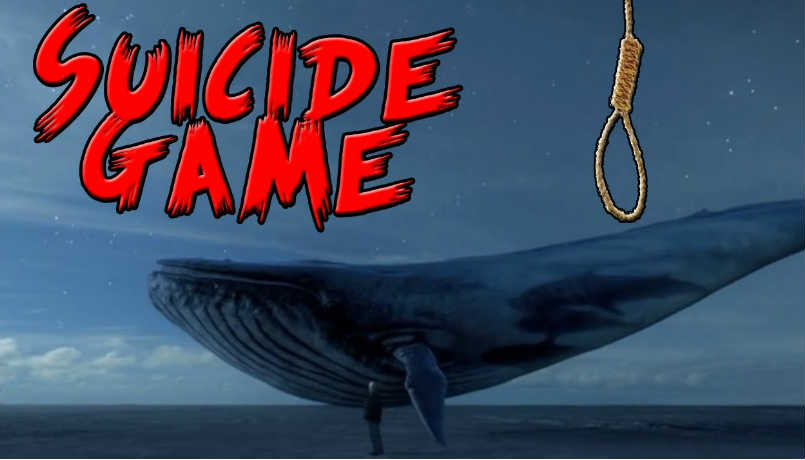 The Blue Whale Game (Russian) also known as "Blue Whale Challenge", is a 21st-century social network phenomenon that is claimed to exist in several countries, beginning in 2016. The game reportedly consists of a series of tasks assigned to players by administrators over a 50-day period, with the final challenge requiring the player to commit suicide.

"Blue Whale" came to prominence in May 2016 through an article in Russian newspaper, Novaya Gazeta, that linked many unrelated child suicides to membership of group "F57" on the VKontakte social network. A wave of moral panic swept Russia. However the piece was later criticised for attempting to make a causal link where none existed, and none of the suicides was found to be as a result of the group activities.

In 2016, Philipp Budeikin, a 21-year-old former psychology student who was expelled from his university, claimed that he invented the game in 2013. He said his intention was to cleanse society by pushing persons to suicide whom he deemed as having no value. Although originally claiming innocence and stating he was "just having fun", Budeikin was arrested and held in Kresty Prison, St Petersburg and in May 2016 pled guilty to "inciting at least 16 teenage girls to commit suicide." He was later convicted on two counts of inciting suicide of a minor.

In June 2017, postman Ilya Sidorov was arrested in Moscow, also accused of setting up a "Blue Whale" group to encourage children to self-harm and ultimately commit suicide. He claimed to have persuaded 32 children to join his group and follow commands.
Many of the countries including India, China, Pakistan, Italy, Kenya, Saudia Arabia, Russia and Turkey reported cases... Congratulations @iqrarasool92! You have received a personal award!