A Discussion About Blockchain and the Digital Renaissance 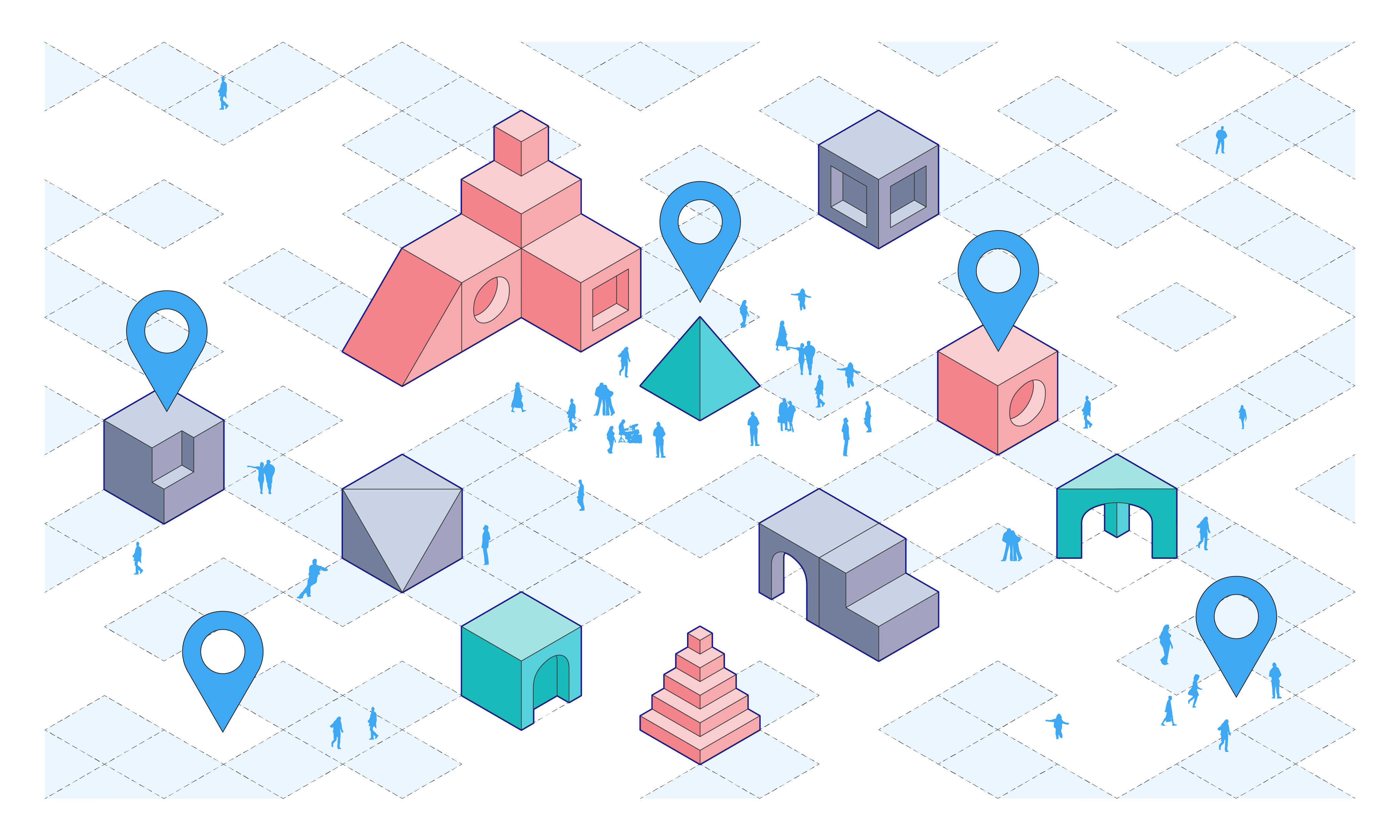 A Past Outlook Moving into the Future

Today’s post will outline most of the key concepts and ideas behind each of the video’s segments. Creativity and Blockchain - Usually, the two concepts aren’t often linked together. However, we believe they have a lot more in common than most people may initially think.

With Steemit, we’re beginning to see the developer aspect of blockchain effectively intertwine with project creativity in a way that could serve as a launching pad for the digital renaissance. The following are some of the major ways that Steem can invigorate such an environment. In the 14th-17th century, the Italian Renaissance was a culturally transformative period in which art and architecture were deeply celebrated. Artists like Michelangelo and Rafael took center stage. Patronage empowered new value towards artwork and craftsmanship. We’re excited about Steem and Steemit because we felt this new ecosystem gave us an opportunity to treat diverse disciplines differently. Similar to the Italian Renaissance, blockchain technology is changing the game for value-infrastructure and they way we interact with visual content. By using alternative forms of currency, like stakes and influence, blockchain’s are providing metrics to measure the value of artistic skill sets. Think of all the craftsmen, architects and painters needed to construct a Renaissance building. Using their individual skill sets, contributors had to work together in an organized and productive way to complete these intricate and breathtaking structures.

Steem mirrors this collective production mentality by having our users collaborate and staking their own time, money and efforts into projects they care about. Even while focusing on different topics, working together on this platform creates an ecosystem that starts to self-mobilize in a way that is bringing about great change.

This feeds nicely into a perpetually collaborative mindset of making where anything that could impact the value of Steem has a hugely beneficial effect on others. This implicitly promotes a collective atmosphere of support and collective advancement. One of the most effective aspects of staking is the concept of delegation. With Steem delegation, you can take your Steem Power stake and lend it to other users. As an example, delegation is like lending a superpowered mining rig to a Bitcoin miner (but without the expensive and costly machinery) - you can leverage these assets to mine more effectively and yield stronger influence within that ecosystem.

Delegation is bootstrapping more and more communities and ventures, mirroring a Renaissance-like patronage for certain projects and periods. By delegating with Steem, you can grow and improve your influence. We’ve seen it work really well so far with starting new initiatives and incentivizing growth. As creative professionals, we’re always digging to find ways to use the raw tools in front of us for professional or social purposes. With Steem, people are looking into teams of projects to find who they’d like to work with based on influence or ratings. This new metric of influence and value can help you build or find your ideal team. Almost like investing in a company, you can use these alternative incentives to fund a project.

For example, you can leverage the fact that big influencers are working on a project in order to attract others to be involved. With other methods, like cryptocurrency, SMT’s and derivative token systems, we’ll see more of this variation occur. We’ll be seeing the physical imprint of blockchain on the real world soon, and it’s exciting to see the early stages of development with Steem.

We shared our thoughts about how blockchain will become the next big thing in creative production. Now, we want to hear yours. What do you think about Steem and the digital renaissance? Do you think we’re on the cusp of something huge? Let us know!

So many things going on with blockchains and art at the moment. Both in the production of digital art, the means for collaboration, the viewing of artworks, and the commercial aspects of the art world. Exciting times!

Exciting times indeed @opheliafu!! It's so immersive and empowering. The next few years will be exciting to watch unfold.

I really like this idea of the blockchain bringing about a new Renaissance. I never thought of delegations as a comparable form of patronage but you're absolutely right. In a way delegation is an even stronger/safer concept than patronage (or more recently: venture capital) because the money never really leaves the account of the patron. The patron gets all the benefits with less of the risk, and the project still gets to benefit from the power of having more capital. Sndbox is the perfect example of that! Your delegation benefits Sndbox, the delegator/patron, and us sndboxers all at the same time.

As the current older generation is replaced with the current young people, acceptance of the blockchain tech as well as crypto currencies will increase as well.

@sndbox
amazing work, thanks for all that you are doing. I will contact you on steemit chat regarding a project I am doing that fits well within the scope of yours.

I believe that we are on the verge of something revolutionary, with the open digital market platform that steemit provides, artists, designers, chefs, and other professionals are able to showcase their skills and talents and at the same time gain reputation, fame and fortune. Creativity and blockchain may have been far apart or not closely linked, but steemit bridges that gap. With that said, creativity standards will surely go up and this will in turn spur our generation out of passivity. Even with in-built talents, competition will definitely promote hard work. The blockchain thus promotes creativity and raises it's standards.

Purely for the sake of putting my comment here in perspective ito where I come from: I grew up surrounded by art, artists, architects, art literature, complemented by lawyers, mathematicians, technology, politics, and the accompanying culture, in a rustic rural environment, thatched roof house, indigenous garden, milk cow, horses - the whole caboodle.

And I went to a public school on a bicycle. A school drawing most of its pupils from the less privileged part of town, small holdings and the surrounding agricultural district. It was hard. I did't really fit. But it exposed me at a young age already to the broader complement of society, something I was privileged to experience at a later stage in life again, when I lived for four years in the fairytale town called Greyton, in the Southern Cape, South Africa, where I interacted as an adult again with all layers of society, from retired tycoons and professional artists to beggars and thieves. Intimately. (Google Greyton - fascinating place)

And from this perspective, my current passion is to see blockchain technology redistribute purchasing power in a more socially sensible manner.

So much truth here. I've used the Italian Renaissance analogy several times when explaining to people how Steemit and the Steem blockchain can help creative types and pull us into a new, and greater Renaissance.

I really wish more artists I know would join Steemit, but sadly crypto is quite hard to explain and even harder to use around here. Moreover Steemit is a huge time investment for only possible future returns. So I can only recommend it as a fun hobby for the friends to try in spare time as they have to make ends meet all the time. However I'm sure even developing countries will have to eventually catch up with crypto :D

The way i see it, all this aspects where on the internet already, in several different projects, companies and webpages, used by the artists to monetize their works.

Blockchain is a template, a framework, with the potential of bringing all those different aspects together.

As an artist, this is it. This is where we belong right now, and in the near and maybe even distant future.

The blockchain, itself, as a concept and as a construct, is a work of art.

Quality post - it's interesting how history repeats itself as far as cultural adoptions go. Keep up the killer work!

Spectacular notion. Crypto is permeating and penetrating a whole array of important spaces. It is clear that money is one of them and that it's going to change. The advantages of crypto running on Graphene are just too pronounced.

Can you unpack this part: "blockchain technology is changing the game for value-infrastructure and they way we interact with visual content. By using alternative forms of currency, like stakes and influence, blockchain’s are providing metrics to measure the value of artistic skill sets."

That's a lot to digest and I'm hoping you can explain what you mean by stakes, influence and your last comment about metrics of artistic skillsets.

Lots to ponder, thanks for the food for thought!