sentinelcoin (25)in #blockchain • 5 years ago (edited) The Compromised State of Online Communication

As of late, it has become very evident how compromised the state of communication has become for individuals throughout the world. Multiple organizations have seen fit to make it big business to mine personal data from individuals. This is all in order to benefit their services and maintain profits through various tactics that blatantly intrude on individual privacy and sometimes invades on one's individual security.

This has been an ongoing issue throughout the world, one that is slowly becoming more obvious as time goes by.

Many Internet Service Providers (ISPs) have also become less about customers rights to privacy and now more in heavy business with central authorities (aka, governments and/or big corporations). This has become a hidden partnership that most individuals fail to understand is also becoming a growing problem for their personal rights to privacy and security.

One of the most common effects of this breakdown of online communication leads to most individuals coming to realize that targeted ad campaigns have found them through social media and simple website browsing. It may not seem like a major intrusion but behind the scenes every move you make online as a customer have been locked away in data banks all over the world. This way they can target you with unwanted ads in hopes you will come to the conclusion a product is of value to purchase. Targeted ads is not a horrible thing, it's the data and privacy that they take from you without permission and store it away that breaks fundamental rights to personal privacy we all may take for granted.

VPN (Virtual Private Network) theoretically, is the tunneling between two messages to make sure that those packets are safe from the ISP, exchanging encrypted messages with an end server that connects to the global network, hence protecting us from ISP/customer match aka the man in the middle.

While most VPNs are designed to help you have security and privacy, there are still centralized issues to contend with when trying to use a traditional VPN service. Here is why that might be the case for users to ponder:
Centralized servers or governance that is usually controlled by a commercial entity that makes money through subscriptions and also by selling data & bandwidth.

VPN Servers are hosted by a specific company in multiple locations and each request/response is routed through them either directly or by employing Onion routing.

So as you see, traditional VPN services do still harbor many centralized control which is counter productive towards a users need for a VPN in the first place. 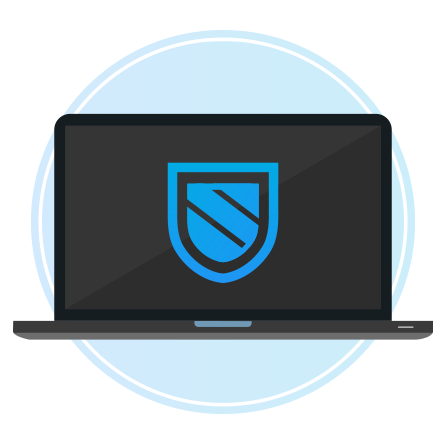 Sentinel is a dVPN (decentralized Virtual Private Network) that’s built on the blockchain with an extremely distributed network topology and has nodes that span across continents.

Each node can either be a desktop/laptop computer, mobile phone or even a server on the cloud. A ledger of packet/data transactions are stored on the blockchain with a ‘Proof of Traffic’ consensus system which incentivizes users primarily for the bandwidth served and monetizes any unused bandwidth that they may declare on the Sentinel Network.

In addition to the dVPN, Sentinel also plans to work on an image & firmware that’s required to set it up in a box which takes in Ethernet as the input and connects to the router at home/office. This way, all traffic that passes through the router goes through the VPN. This box also helps efficient monetization of network bandwidth as this box consumes a fraction of the power consumed by a PC.

How does Sentinel, a dVPN work?

A decentralized VPN is distributed by default and doesn’t rely on central servers that route traffic. It works by sending requests across a single or multiple nodes, mobile devices/personal computers/servers, that are part of the network.

Here is a typical walkthrough of a packet that is initiated & goes through the on Sentinel dVPN. A request for a website (google.com) is issued by the Requestor Node, which goes to the Gateway. This gateway, identifies available Exit Nodes and connects both the Requestor & the Exit Node. This is called tunneling and packets/data are sent through this private, encrypted & secure tunnel. The Exit Node then looks up the website (google.com) and then sends packets/data back to the Requestor Node via the tunnel previously established.

Here, additional features such as Packet Normalization (where size of every request/response is almost similar. This will specifically prevent organizations from sniffing data passing through the network. Other features such as Onion Routing, adding a layer of Commercial/Open Source VPN to all Exit Nodes can also be considered & implemented.

What you end up with is a fully decentralized VPN system, that not only protects users without any need for logging and allowance of constant snooping, but Sentinel is also built with the strengths provided through the advancements of Blockchain technology.

How To Get Involved With Sentinel

Sentinel is an extremely ambitious project that has already taken many steps in development to lead the direction that our system plans to provide to the world. The pace has been fast but a lot of care by our development team has been put in place to ensure longevity for this much needed decentralized area of privacy and freedom.

Users around the world more so than ever really need options to ensure security for their daily activities online. This is the passion most focused on by our team and will remain that way ongoing as we move forward.

To test out our wallet we have already released our LINUX/MAC/WINDOWS desktop clients This is an early Beta release with continued updates coming. Feel free to grab a copy and try things out by clicking here (NOTE: Currently to send out funds, users must provide GAS in Ethereum for outgoing transactions from our wallet):

You can also follow us on social media here:

We really appreciate all the support that has been ongoing towards our project already. It has been a great journey for all of us involved and we look forward to the future ahead. More updates coming soon here on Steemit @sentinelcoin

Welcome to Steem Community @sentinelcoin! As a gentle reminder, please keep your master password safe. The best practise is to use your private posting key to login to Steemit when posting; and the private active key for wallet related transactions.

This project is in my radar. Looking forward for better practically and user friendly version. By the way for better anonymity there are easy ways the end user can do like vpn chains. I mention in my post: https://steemit.com/cybersecurity/@fako/unorthodox-way-of-using-vpn-and-tor-networks-chains