website：http://eoslaomao.com/en/
admin email：[email protected]
EOSLaoMao Block Producer is initiated by LaoMao, a well known blockchain advocator and INBlockchain partner. We aim to be one of the 21 Block Producers when EOS main net goes live in June. Our only goal is to maintain a fair and stable Eos Block Producer node. Since profits is not in our consideration, so we will use it to promote EOS in many different ways. We based in Tokyo and we have access to the best cloud services to run a stable node.

This post tries to answer the questions outlined by @eosgo in: https://busy.org/@eosgo/block-producer-candidate-report-5-april-4-2018

2) Links to the following ID information

B) Location of company
Tokyo, Japan

C) Expected location of servers
We are based in Tokyo and have access to the best Cloud Service such as Google Cloud, AWS, Linode etc.
We will setup at least two servers with one of the best configurations both in Google Cloud and AWS Tokyo Center. 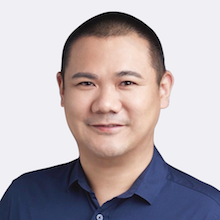 Senior Blockchain Engineer. Cedric Fung dropped out of the college in 2009 and started to develop Android apps on Google Play. Then he developed Vitamio which has become the core module of products like Weibo, CNTV and LieBao Browser etc. He joined YiXia Tech in 2011 and founded his own game live streaming platform in 2014. In 2017 he started Mixin, a blockchain based IM. 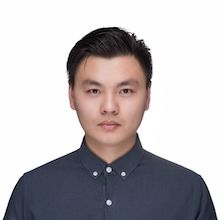 Senior Fullstack Engineer. Zhao Yu joined shanbay.com, an online education company in 2011 and have developed English learning apps such as Shanbay Sentence, Shanbay Listening and Shanbay Speaking. And some of the apps' DAU was over 1 million. He joined LaoMao's team in 2018 as a fullstack engineer.

Total Expenditure
We have enough budget for this project, we have various investment in the past, including personal investment from LaoMao.

First, we plan to fund EOS dApps with outcome from this project. Second, offline meetups will be organised by our team in a regular basis. Last but not the least, we are going to promote EOS in various ways, such as translate articles into Chinese, prepare developer workshops for EOS smart contract developing.

Send at least .01 SBD to @lektolek with a post link in the memo field. Support our curation initiative, please donate 1 SBD or delegate Steem Power.

Congratulations @eoslaomao! You have completed some achievement on Steemit and have been rewarded with new badge(s) :