As previously reported Hong Kong's Bitspark Remittance Platform for Money Transfers has switched from Bitcoin to Bitshares' blockchain (as US and Australian regulators move in).

It also appears that the United Nations backs BitShares in Tajikistan where their objective is to take previously inaccessible and exotic currencies such as the Tajikistani Somoni (currency of Tajikstan) and transform it with BitShares — facilitating domestic and international money transfers within Tajikistan!

Moreover, the BitShares blockchain will make such transfers more secure (a trustless system of payment), cheaper and faster! Tajikistan is a country in central Asia with a population of approximately 8.7 million. The country, situated somewhere between China and Afghanistan, is also home to the Fann Mountains and their 16404 ft. high snow-capped peaks.

In any event, why BitShares and not Bitcoin?

(1.) Bitcoin is too slow and fees are too high and unpredictable
(2.) BitShares can handle 100,000 transactions per second
(3.) Fees on the BitShares blockchain are often as low as a fraction of a cent
(4.) BitShares transactions have confirmation times of around 3 seconds
(5.) BitShares is reliable, secure and mature.

Typically when dealing with many of those currencies there is often regulation (some of it corrupt) which may differ, and contradict one another, from one jurisdiction to another (and sometimes within the same).

Such regulation can make it effectively impossible for a payment provider, money transfer service and their respective networks to operate. Thanks for stopping by and reading!
PLEASE leave some comments! Talk a little!
Steemit.com/@nandibear and NandiBear.com
#cryptocurrency #steemit #bitcoin #eos
5 years ago in #bitshares by nandibear (52)
$95.43
314 votes
Reply 51

Ten days ago your prediction was $100. Now is $10. Do you think that someone will take you seriously?

Bitshares should be in the top 5 on CMC based on user adoption, tx/op throughput, and having an actual working DEX that has been running for three years. A $20-40 Bn cap or $10-$20/BTS would be very appropriate right now. The only reason BTS isn't at $10 plus is that it replaces all the centralized exchanges, so they don't list it, so no one can buy BTS in any real quantity. Huge problem that is slowly being resolved...

Um, I'm pretty sure BTS can be bought on poloniex and bittrex?

Yep, sure can. But Polo is dodgy as hell, bittrex is great and where most trade. There needs to be way more Chinese options, as well as some more classy exchanges like Gemini or Kraken.

There has been almost $40 mil trading volume today alone. Pretty high liquidity for people to jump in if they want.

Yes, some assets have decent liquidity, but more importantly, volumes are increasing steadily. Would be nice to see huge gains but there is a lot to be said for slow and steady. Bitspark could be a whole new ballgame...

Right now its price movements are all wrong. We need to finish shaking loose the rest of the weak hands, so we can have a runup to $1. If we do that before October, another order of magnitude runup by the end of the year could be feasible... I would say $10 by spring is likely.

I hope so, fingers crossed. What is this "flippycoin", and why do my privacy-enhancing extensions outright block it?

I sure hope so @nandibear!

Woow great its seems to be a next project that need some of my money in :D i was just trading them but i thinking about some long term invest now :) thanks nice article

Hi @yoyowhatsup you're very welcome and I'm glad that I was able to help!

Thanks for the info nandibear. I will take a look and follow its price movements for a time and maybe divert some of my funds to Bitshares.

Great News I hope it soon in January or February 2018

@eajob! Me too! (sometime between December 24th thru December 31st would be tremendous!)

Hi @minnowpond1 I really appreciate your support and your upvote!

Bitshares, just like Steem, has always been better than Bitcoin and Ethereum at scaling but the market is sometimes irrational.

Hi @ashaman I second that. Most people are probably just unaware of the technological advantages of BitShares and often just totally unaware of BitShares itself. People need to write more about it and get excited about it.

I also agree. Awareness on Bitshares could be low.

Bitcoin has fanatics.
Ethereum and even the blasphemous Ripple have coordinated corporate marketing.

Is there a Bitshares Foundation similar to the Ethereum Foundation?

Hey @minnowpond thank you for your upvote as well as your support!

Nice article on Bitshares, I am really new to the crypto space and bitshares is one of my to buy coins. Seems to me btc is a value storage coin whereas bts is potentially a workable digital currency. Iota is my long term for m2m pick

Kind time of the day, (H) take a little time🙏. I want to tell you about the new ATB coins, it is very, very promising based on its parameters. It will revolutionize the world of crypto-currency. Its launch is scheduled for September 1, 2017. You can buy it today at an affordable price of 1.5 $ beforehand to buy it before the start of trading on the stock exchange. Where the price will naturally be higher than the purchase price plus a purchase bonus. In general, you decide. More information on the official site https://atbcoin.com?ref=ByHAtrSrb or here https://steemit.com/cryptocurrency/@marduk777/atb-coins-new-crypto-currency-of-the-future In general you decide https : //atbcoin.com/? ref = ByHAtrSrb

Hi @powerfj thank you for your question! Yes, I can do that for you. Also, if it's the word "capacity" which your a wondering about (I'm not sure if you are, but just in case) I use that word as in (or in lieu of) "ability" as in Bitshares' ability.

When I write I take into account many factors including, though not limited too, press from Bitsparks themselves.

For example, consider the following two passages (or excerpts) from one recent piece of news published by Bitspark ( https://blog.bitspark.io/bitspark-switching-to-bitshares-for-remittances/) -

Our focus is on the transition to the Bitshares Blockchain for the rest 2017 and will be fully operating in time for Bitspark’s most recent project with the United Nations in Tajikistan where Bitspark will be facilitating domestic and international transfers.

As things stand currently, Bitshares offers the greatest benefits to a remittance company looking to utilise cryptocurrency as a means to send money quicker, cheaper and to more locations. Bitspark will be aiming for 180+ currencies, instant payments, no cost and zero counterparty risk. The ability to access the worlds 180+ currencies gets hard past about 30 currencies.

im surely holding BTS and only getting more

Hi @kingscrown it's great to see you on this post! Also glad to read that you are holding BTS!

i have one question for you guys.what is more important for you money or time. think about it

It is not clear to me why you think a $10 billion to $20 billion valuation is appropriate for Bitshares. The leader in the space is Coinbase and their valuation was approximately $1.6 Billion on Aug 10, 2017.

Great shearing sir ..we need more information from you

What happened to your prediction of $100 dollars from 2 weeks back? 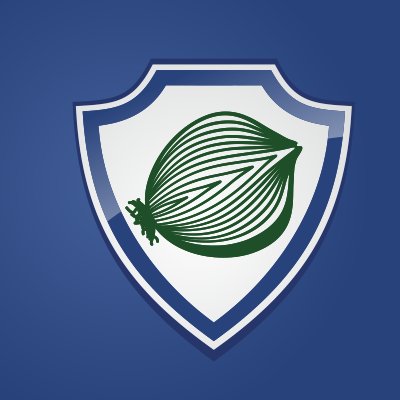 Deeponion is having a 40 week airdrop for those of you that have a bitcoin talk account. It's fully anonymous and designed to run thru the tor network. The Dev team and marketing strategy are on another level with a full team of friendly moderators ready to answer any questions at a moments notice. With it's unique distribution It's a great long term hold with zero financial risk. If you don't have a bitcoin talk account you can put that miner to work or pick some up at novaexchange and stake them for interest.

For bitshares to be $10 it would have to be 1/3 of bitcoin's marketcap. I wonder how likely that would be.

Based on fundamentals, they should have each other's market caps today...

Kind time of the day, (H) take a little time🙏. I want to tell you about the new ATB coins, it is very, very promising based on its parameters. It will revolutionize the world of crypto-currency. Its launch is scheduled for September 1, 2017. You can buy it today at an affordable price of 1.5 $ beforehand to buy it before the start of trading on the stock exchange. Where the price will naturally be higher than the purchase price plus a purchase bonus. In general, you decide. More information on the official site https://atbcoin.com?ref=ByHAtrSrb or here https://steemit.com/cryptocurrency/@marduk777/atb-coins-new-crypto-currency-of-the-future In general you decide https : //atbcoin.com/? ref = ByHAtrSrb

This articel is great.

what is the safest BTS wallet ?

I recommend registering at Bitshares.org and then using either their online wallet or their wallet for download.

So nice information dear. I love to work with bitcoin mining.
These cryptocurrencies are raising higher and higher and I have read a article of some senior that thinks bitcoin will be raised up to 500,000 $ till the year 2030. This was such a highest rates to be considered.