Revisiting the Laws and Rules of the BitShares DAC Before we discuss this topic - or perhaps even being the main topic - It is important to revisit some of the early guiding philosophies of the BitShares Decentralized Autonomous Corporation (DAC), which were laid by none other than GodFather of BitShares himself, Mr. Stan (@stan) Larimer and began with statements such as the following:

"Bytemaster announced that mining was dead and set out to invent a replacement. This took him on a six month detour. The dark forces of Mordor had no idea what was coming after them. Necessity became the Mother of Invention"
(To Be Continued) Last Edit: February 05, 2015, 02:19:51 pm by Stan source

Necessity remains the Mother of Invention

So mining was killed, much like video killed the radio star. Yet "The Dark Forces of Mordor", still manage to sneak a way in - trolls disguised as hobbits. Like the proverbial Gollum after the very ring which they need protecting from in order not to destroy all that was created. The decentralized technology was introduced, not decentralized anything goes, and it is inevitable for some degree of centralization to occur in order for the business to function at all - luckily, we do have some contol over it also. In particular, the more shareholders that use their votes wisely, the better.

It is even written in Dan (@dan) Larimer's original whitepaper, a certain level of centralization would be necessary in real-world practice:

"In a delegated proof-of-stake system, centralization still occurs, but it is controlled. Unlike other methods of securing cryptocurrency networks, every client in a DPOS system has the ability to decide who is trusted … DPOS allows the network to reap some of the major advantages of centralization, while still maintaining some calculated measure of decentralization."

download original whitepaper How this occurs, however, and what kind of rules it must obey, to remain in community and shareholder interests as well as those of growing BitShares adoption as a platform worldwide? How must it be ensured that new blood can be injected, and that support is given to those willing to work? Rather than a somewhat closed loop which may exist in the current incarnation. What are the next steps for BitShares to really expand? What laws and rules prevent such a thing? What stops the rules being twisted? This brings us to …

"What Core Laws should DACs implement and how would they do it? Here's my stake in the ground, with apologies to Dr. Asimov:

Source: Bitcoin and the 3 Laws of Robotics

This brings me to the next quote, and reasoning behind a lot of my thoughts lately;

"Ultimately, to achieve complete incorruptibility, developers must be willing to let go of their own control. If there remains any centralized human control anywhere, it will eventually be exploited to the detriment of [] stakeholders. DACs need to be free to be trusted." 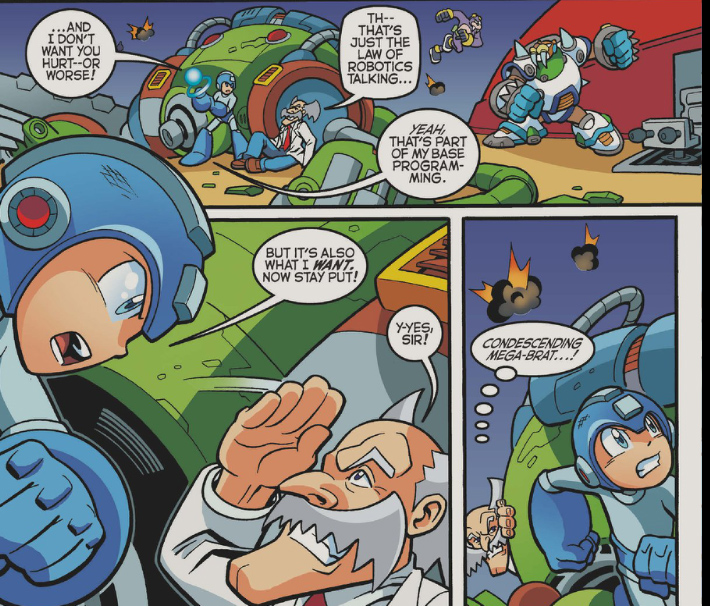 Hopefully you would agree, it is already at a crucial pivot point for BitShares whereby we must perform a leap-frog in progress soon, to make this a truly open and decentralized operation ready and willing to mean business. This is where published business rules do come in. Taking the above in the context of having an existing legal and registered framework in the real world from which the DAC can do business - Business such as? getting us exchange listings, fiat ramps, regulatory approvals and more. Giving serious corporations somewhere official to go for adopting BitShares into their operations. Already the laws above are explicit in telling us we need to revisit the rules as published, whilst still obeying them. So long that stakeholders are in consent. In other words, protect the existence of the DAC also means getting the house in order for inspection. And like any corporate structure or even a forest must do to SURVIVE - clearing the dead wood. Rules that may have been abused will be renewed, so new growth and energy may come, otherwise things will just eventually burn out through entropy, caused by fear and greed of those not letting go of their own control.

Nobody said global business was becoming decentralized. Many will cry "but that's not the decentralized way". Many are calling the end for corporations, which is pure dream talk in the World. However, with a technology like this there are brand new ways of running a corporation, of making it more open, flexible, employing people regardless of any previous history, location, race, color, creed or religious beliefs, clocking in a few hours per week from a laptop and Internet connection anywhere, as long as they can deliver on time and accept payment in bitUSD … an ever-expanding possibility of original intention is reborn, through legal means in the international digital arena of 2018 and beyond ….

As Stan continued in those early days -

"Whether we are familiar old-timers or newly arriving talent, each of us will have to make our case to the community of BitShares holders. They will make all hiring decisions. Based upon the indicated preferences of those voters on the blockchain, BitShares, DAC will automatically hire and pay the top 101 vote-getters." source

Libertarian views, ideals, and principles are just guiding. It is the technology that allows for decentralization of all these moving parts. Business is by definition unable to take place without formal entities, whereby otherwise it is to be unregulated, illegal, un-transparent even if still able to exist in a 'free' expression. Business without law is still 'outlaw' business. Now, a DAC allows us to decentralize a LOT of things, just not all. Central entities can and never will be eliminated unless human civilization is collectively about to start living in year zero scenario. Which, no matter how much fun prepping is, a big chaos/zombie apocalypse situation wouldn't be any fun at all for most. After all is said and done, BitShares is still defined as a business and going nowhere but 'dark web' unless it can stand in the world to represent and defend itself as otherwise. Even Bitcoin does so these days.

Thriving environment, clearing in the woods

Further as ideas in an open wrap up, we should aim to create a healthy environment of competition and new talent in our eco-system, not keep it limited to known quantities or static guards. For this the DAC does need to be even more free from human control which will otherwise attempt to monopolize or control it. This is where fair competition comes in, and where any company is encouraged to build on the BitShares platform. Instead of having sticky structure on the blockchain, decouple with enabling prime companies alongside opening café/angel style co-working pools (I hate the word 'incubator' but..I'm even also imagining real-world campuses). Just we must also be capable of responding officially to such companies wanting to join the BitShares eco-system at industrial/international/corporate level - an open feeder pool of talent would be a great accomplishment. We could aim to create such an environment where the big companies compete to reward rising talent. [Similarly, I should give a mention that my ideas here were also helped by recent @officialfuzzy comments in his https://t.me/eostalk channel, about companies 'competing to reward us'] 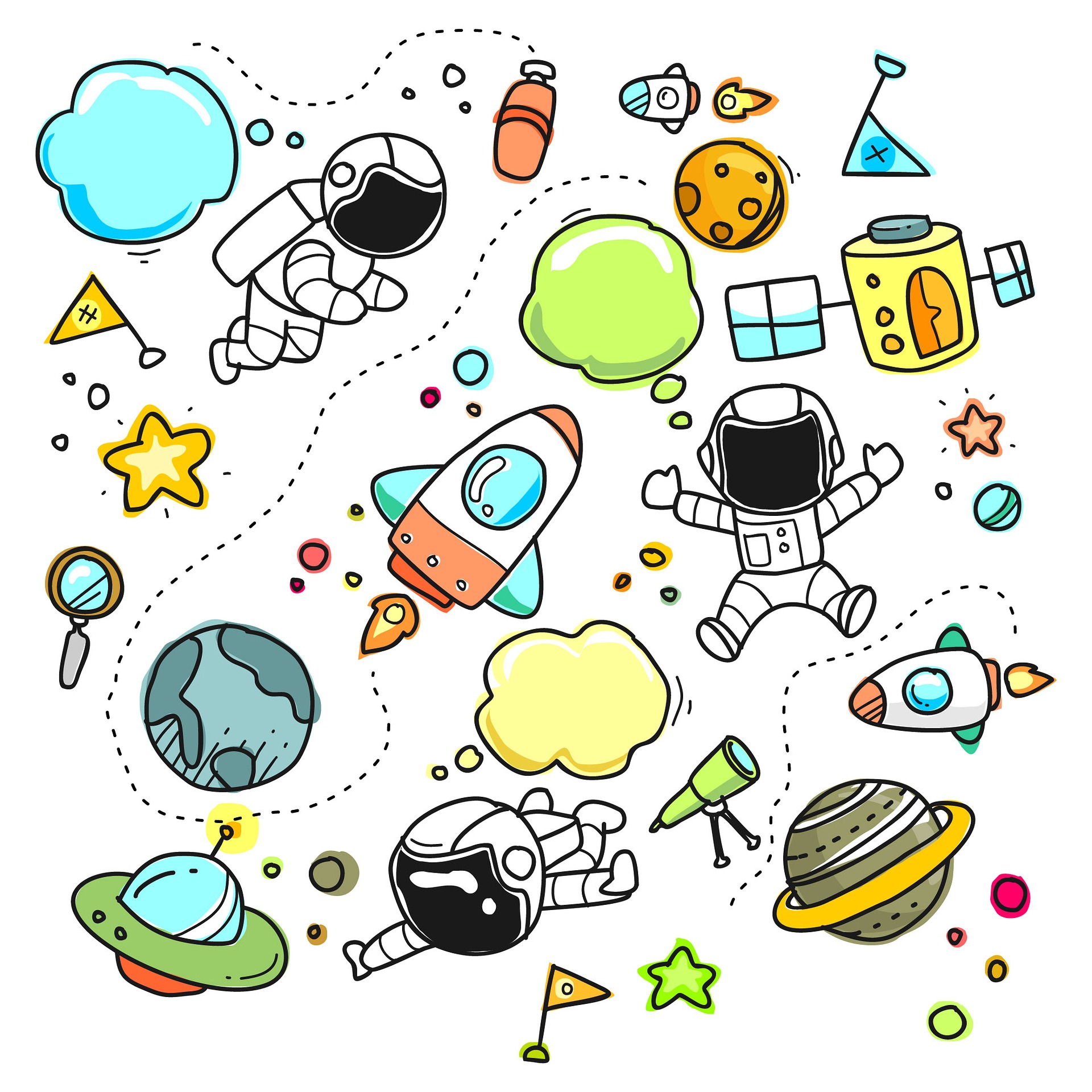 In brief then, is all about action now. A full review, cleanup, refresh, re-invigoration of energy and then up to 88mph we go, sending this blockchain back to the future to which it belongs ... It's no recent phenomena. It's time to inject the life and energy and taking the laws of blockchain out of the entropy it has fallen … it seems to have been going on long enough as anothers older post talked about in depth -
https://steemit.com/bitshares/@roseebit/bitshares-and-law-of-entrophy and we've on a mission to see this change from now on!
#news #steemit #graphene #blog
3 years ago in #bitshares by apasia.tech (60)
$94.04
52 votes
Reply 6

Wow! A true student and expounder of BitShares wisdom! This is inspiring stuff. Time for the Declaration of Independence. Time to show the world the potential we have in the bitshares community. Those not ready or willing can stay in the darkness. https://en.wikipedia.org/wiki/Allegory_of_the_Cave

One of the best summaries I've read about bitshares in a long while. I like how you write about the pitfalls of monopolizing any ideas even if involuntarily.
That's what attracted me bigtime to bts, that even if the initial developers wanted to corrupt the system, they just can't do it by design.

Are you involved in any bitshares development yourself?
I would vote for you as a bts philosopher/live historian!

"That's what attracted me bigtime to bts, that even if the initial developers wanted to corrupt the system, they just can't do it by design." <-- yep! Attractive to me as well

I've always thought that was an interesting part of the whitepaper. The fact that having some centralization is necessary. But it's a gray area as to what extent