It Turns Out Coinbase *is* the Problem

First of all, for everyone who read my post last week, I am happy to report that Steemdollar.com is back up, since last tuesday at least.

Steemdollar.com may not give the most detailed information about steem price, but when all you want is an at-a-glance checkup of where it's at, you could not ask for better.

But, unfortunately, a more pressing issue has come to light this week. I have stood by Coinbase for a long time, and on occasion defended it.

However, I cannot deny that the company has been a problem and is getting worse.

It starts with the fact that Coinbase sets the transaction fee for Bitcoin unnecessarily high, which causes the average fee of all transactions on the network to be higher, costing millions to the Bitcoin network.

That Coinbase also was one of the most influential entities pushing for a block size increase, while at the same time refusing to adopt second-layer solutions like SegWit, demonstrates a hypocrisy within the company.

But most shocking of all was the revelation this week that the long-running spam attack against the Bitcoin network was coming from Coinbase itself. This was revealed when the site went down for a time this past week, and the spam attack stopped at the same moment, then restarted at the moment the site went back up.

That such an attack could happen on Coinbase's platform without its knowledge, and even without its direct control, would be unthinkable.

Coinbase.com is a wolf in sheep's clothing. They are trying to sabotage the Bitcoin network, and action needs to be taken by the larger Bitcoin community to let them know their nonsense will not be tolerated.

Is it too late for Coinbase?

It is not too late for the company to turn themselves around. Coinbase has many good qualities, with a simple face that makes it a good starting point for people who are getting into cryptocurrency. The things about it that are useful are still useful.

But it's on thin ice. The community is united against the idea of network spamming, and a mass exodus would be, in my estimation, appropriate. If Coinbase wishes to prevent such a departure, they must stop attacking the network immediately, as well as adopt SegWit and Lightning.

Otherwise, the community will abandon them, and then they shall go the way of CompuServe.

@talanhorne,
Actually I didn't know about this! It seems like coinbase is a problem! Anyway I moved to coinpayments.net! Atleast they are trying to do a honest business! Thanks for letting this know!

yes that true thank you so much @talanhorne your post it help us a lot thanks for sharing god jobe :)

Present its 5.6 usd bro 1sbd equal to..so its not a good rate..it will become 10usd in few days later..so wait for some days to sell to get more profits..who want to buy.

thanks for updating my friend keep it up

Any trader who trades at least ONE Cardano contract enters a random draw to win one of the five $5K USD prizes. Long/Short #Bitcoin and another crypto futures with up to 100x Leverage at BitMex! 💰💰 Get a 10% Fee Discount here! 👌🏽
▶️ BitMex ◀️
ETH, BCH, LTC, etc. also available with leverage!

Exceptional article with useful information to all STEEMIANs...!!!

Thanks for the information, it is very valuable and thanks for sharing
Thanks @talanhorne
Have a great day

@talanhorne - Sir until I read your posts I was truly believed Coinbase is doing a good business... Thank you for sharing this info Sir...

Thanks for the update of coinbace. very important information
100 % like and resteem

talanhorne...yeah brother not just the coin base present all the trade wallets are taking high expense for the exchanges .coin base is a one wallet which has a great deal of coin wallets to trade effortlessly to one coin to another coin in few days back there is no transistion feeses for the coin base through trades however show all wallets taking more charges to trade the coins ..not just coin base.block merchants and furthermore some different exchangers additionally take gigantic ammounts to trade ..here another issue is likewise rhere isn't correct rate ..the rate is likewise minimal low contrasted with the live rate....thank you for imparting information to us.. 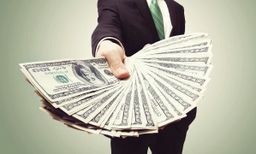 Wow Day by Day Bitcoin price is going to high. Steem coin also get high price.It's too good for our life . Because Many peoples are depend on That. 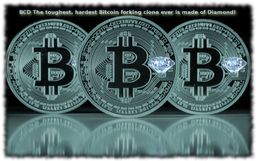 You are absolutely right, the actions of the Coinbase are, to put it mildly, strange and such behavior in the market is not permissible! Thank you @talanhorne

so all the complexion in the network is due to coinbase

Omg...sadness...I used coinbase too. I guess Coinbase would be better and will fix all problem. Thanks for update @talanhorne.

Appears as though they are doing some imprudent things of late. Indeed, the way that Coinbase is a decent beginning stage for new comers to crypto enables them to do whatever they need, so it appears. In any case, on the off chance that they continue doing it, they'll fasten themselves up the long run...

Thanks for the information and very useful
Resteem

Until I read this post I thought Coinbase is the best. But I got mix feelings. Nice review~

Yes, coinbase has huge transaction fee. It's not worthy to use.

have a pleasant day

It is never late I think :) thanks for information. Keep going..

With $ 116.5 million, I found it to be absolutely reliable as one of the most invested formations of BitCoin's history. But I agree with your remark. It is not like the old one. @talanhorne
I will follow to you sir :)

Seems like they are doing some unwise things lately. Well, the fact that Coinbase is a good starting point for new comers to crypto allows them to do whatever they want, so it seems. But if they keep doing it, they'll screw themselves up in the long run...

Thanks for update us given important details.

Have a wonderful day!!

Great and valuable information sir.
Thanks @talanhorne sir for sharing this post. Well, High bitcoin transation fees is a big problem. Can't we exchange our steemit funds with low fees coins like Litecoin instead of Bitcoin? 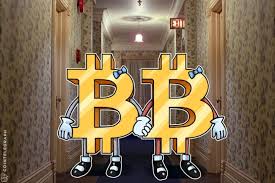 @talanhorne... not only the coin base present all the exchange wallets are taking high fee for the transactions .coin base is a one wallet which has a lot of coin wallets to exchange very easily to one coin to another coin in few days back there is no transistion feeses for the coin base through exchanges but present all wallets taking more charges to exchange the coins ..not only coin base.block traders and also some other exchangers also take huge ammounts to exchange ..here another problem is also rhere is not exact rate ..the rate is also little low compared to the live rate....thank you for sharing info with us..

Thanks for the important info

that was very informative post , just keep posting such topics it helps alot!!

how do you think or your prediction about bitcoin price in 2018 whether it will be increasing or going down.
I just want to survey some people's opinions

I strongly agree with you. I think it will not be preferred because of high transaction fees. you thought of the sheep wolf resemblance very well.@talanhore Thank you for the information.

Bitcoin rate are now medium but i think it has a great future in 2018... thanks boss !! @talanhorne

One of the biggest complaints at this time is the problem of many commissions we are looking for ways to send our bitcoins without paying high amounts of money in commissions, I really like this platform of coinbase but if they fix this problem I am afraid I'll change my wallet. Good post

if CoinBase has done A very bad thing .coinbase say apologize and they have to prove they did not..@talanhorne

It's really helpful and informative post.
Thanks for sharing it.

Im reading your post now , thank you so much for sharing.. @talanhorne

Great work sir,...thank you for sharing your information in your new blog

Thanks for the article
Do you think SBD will rise
@talanhorne

I always use anycoindirect, the fees are much lower. I always used Coinbase when I wanted to daytrade fast, because they also accept credit cards and the money really arrives in the same second as it was sent.

Thanks for the post. It's a pity about Coinbase that they do this (if it's intentional) because the site is really simple and fast. liked it.

Thank you for this informative post, Really helpful and well written @talanhorne

Thanks for sharing this didn't knew about it

Thank you for your honest criticism. Very useful information. Thank you.🙏

👍
thanks for infrmation keep going

Well that is indeed a pressing issue ,well many are finding alternatives in a matter of fact and it might not be good for coinbase !

The discussion suits the issue buddy !

I use coinbase and I'm thinking about stopping use it because the fees. Great post.

Coinbase if they use SegWit and start joining together their transactions the problem will be solved very fast. Other Wallet that is still using legacy software is Exodus which is also very unfortunate.