It's Not The Perfect Time To Invest In Bitcoin Right Now! Apparently it wouldn't be wise to invest into Bitcoin these days, at least whenever one believes into the analysis of Nick Colas, a wall street analyst known for being pro BTC.

He explains his statement once with a significantly lower interest into cryptocurrency based on the current search requests on google, which are indeed about 90% lower than at the end of 2017. I can't deny this fact and actually tend to agree with his analysis overall.

Here's a quote on his words, his answer, whether it's a good time to invest in Bitcoin right now:

“A lot of people [are] asking [whether] now [is] the right time to buy, and the short answer is no, for two fundamental reasons. The first is we’re not seeing a lot of incremental engagement from people interested in buying Bitcoin for the first time, and like any new technology you need new adopters to come in to make it more valuable. And in terms of Google searches, they are way down from the peaks back in December and January, [by] 85 to 90 percent…

Besides the google search results he as well points out that currently there is only a 2% increase in new wallet registrations compared to an average of 5-7% in 2017.

Now one might argue that we just saw a nice rally up to 10k USD, which is definitely awesome without a question. Due to the lower interest and the fact that many people might still sit on their expensive Bitcoins from December this could just end in a smaller correction though once again dur to people taking profits.

In the end no one knows for sure of course but I somehow tend to agree on this at the moment. There is just not enough fomo to drive Bitcoin to significantly higher values.

Like always that's just my opinion and of course no financial advise. But I'd definitely be interested in what you're thinking :)

My visitor count on my bitcoin related website is down 98% from the peak in December and now stabilized, so I agree there is way less interest. However, I think the search interest will follow the price with a small delay. I been through many dips, and my visitors never picked up immediately when the price came back, it will need some time. Actually I think the price is the leading indicator and not the searches, from my experience.

mmh I'd agree regarding the existing investors but usually as soon as the searches spike for a new tech it skyrockets due to the massive inflow of new users.

In December at least, google searches for "buy bitcoin" peaked 14-7 days prior to the top in price ... price did appear to lead on the way up though ... like all indicators, search trends aren't 100% reliable :)

It’s never a bad time to invest into BTC if you have a long term perspective and currently don’t own any. If you’re looking for short term trading profits, then it’s probably not the best time. Thanks for the share!

I have been saying the same thing to people around, bitcoin for sure will go up but i doubt if it can be driven like last year.

New people must come in to make it boom but its still same investors putting little more cash.

Yep exactly that's my concern as well. The prise will still rise but correct inbetween and we won't see another rally like in december without any new fomo coming up.

I think bitcoin will go the way of the Atari

What do you exactly mean by that?

Nick Colas is right with his response, but i also believe people are trading with bitcoin, very soon, i trust with will sower high in value. every bussiness has its ups and down, but believe with the potential of bitcoin, it will soon reach stability.

The Smart Money drove price down from $20k to $6k. They did this in order to buy prices at a discount.

This was called the accumulation phase. Price went up to $12k but came back down because the Smart Money didn't get all their orders filled. Smart Money continues to come into the Space, this will only push prices higher. I think we get back to the highs of $20k before the end of the year.

This is just my opinion. 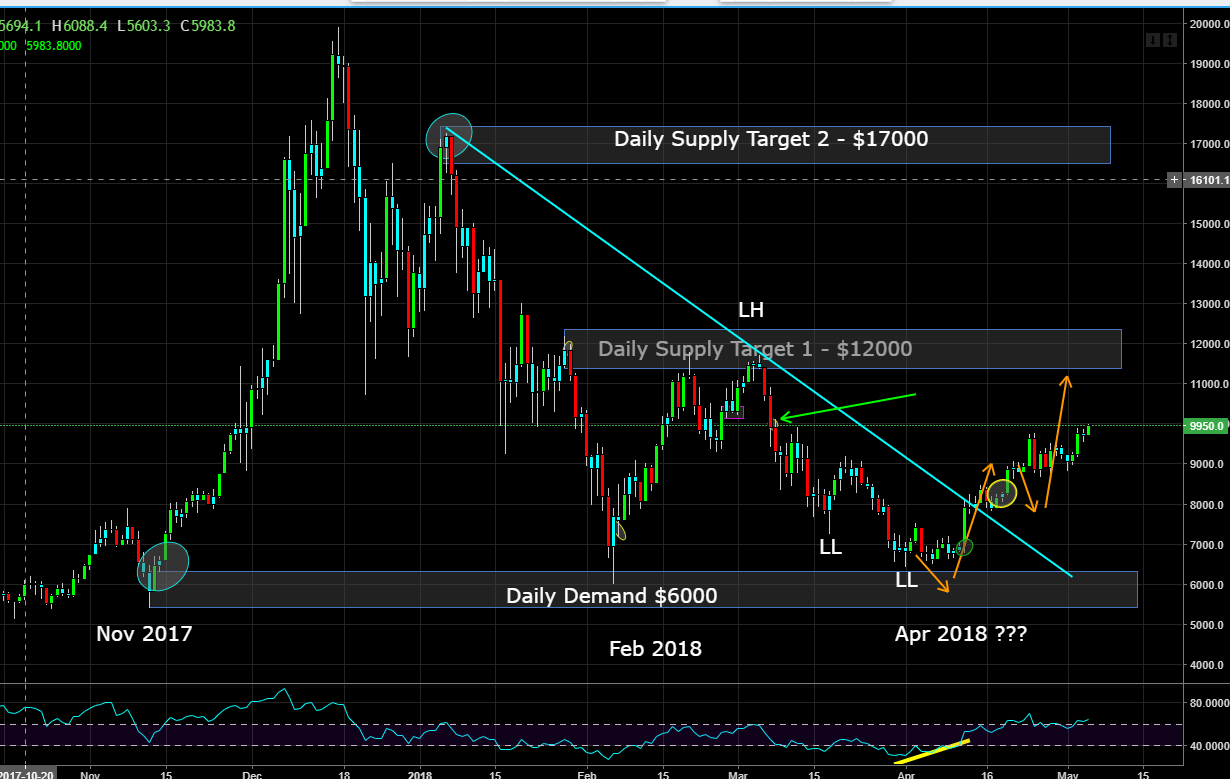 I think that Dollar is inflating into the crypto-currencies and the demand for the Bitcoin and other currencies depends of the stability of the fiat currencies. Dollar is going into the major correction and the instability is just behind the corner.
So is it a good time to buy. YES
Other alt currencies also. It is wise to watch news and to move away from the Banking system