So.. the Segwit2x Plan is actually trying to DESTROY BITCOIN? Read this from Pastebin!

I was browsing Pastebin earlier and I came across a very interesting paste. This paste is on the trending chart, so many people are definitely seeing it. Please read this important information, and decide yourself whether or not to believe it, and what to do with it.

SUMMARY & THOUGHTS: According to this paste, there is a 'coup' trying to destroy the legacy core version of Bitcoin and replace it with a completely centralized version.. aka SEGWIT2x or B2X.

The basic plan is to destabilize the Bitcoin core protocol by 'maliciously patching' nodes which would cause irregularities in the network - subsequentially causing people to lose trust in the Bitcoin protocol. They would then capitalize on this and cause a domino effect which would eventually crash the price and cause people to lose trust in the legacy Bitcoin blockchain.

Waiting in the bushes, seemingly out of nowhere, they would use all of their whalepower to sell off all of their Bitcoins thus single handedly crashing the price of Bitcoin. They are a very very large group of whales and it would not even take much once people have already lost faith.

They would then use their fiat to buy up B2X and the price of B2X would go to the moon while Legacy Core was left in the dust.. effectively rendering Bitcoin dead.

They would then RENAME Bitcoin2X to Bitcoin and consider the old chain dead, rendering them the only choice moving forward.

These alleged people already control the largest pools, so most mining power would switch to B2x and because of that the target recalculation on difficulty for the old chain would take too long.. it would take up to a month to mine the next block.

If that were to happen, the entire decentralized nature of Bitcoin would be at risk to one single group of whales of is purportedly bought and paid or influenced by the Bilderburg group. If you don't know who that is, you should start by reading about them for a while.

I am not speculating on whether or not this is true, I am simply showing this to the community so everyone can decide for themselves.

If it IS true, people need to see this.. and not very many people browse pastebin on the regular.

I have raised an eyebrow toward the core in general when they started censoring all opposition to Segwit and censoring good ideas on reddit.

**For the record: I am 100% in opposition to Segwit. Not just Segwit2X. But We are not discussing that here. Please do mad research on the topic. **

I have kept a close eye on this and to me, something has smelled fishy for a quite a long time. It may be time to take the trash out.

This could potentially be bringing to light some of the things that have been boiling down and confusing the community so much. There has been much heated debate both for AND against Segwit. With people like myself who consider it to be a dirty hack on the beautiful system. People will vehemently argue in disagreement, even those who don't understand the full concept or capability of segwit. Please learn the true nature of segwit, and you will see how it does not fit in with Satoshi's original plan and legacy of a completely decentralized blockchain.

If this is true, here we are inching ever closer toward a globalized system which incorporates all Blockchains on one network, controlled by a centralized group of people who don't care about the decentralized nature of Bitcoin, only furthering their 'agenda'.. which is most definitely not in the best interest of Bitcoin (or us).

If they succeed, how would the future of Bitcoin be any different from anything else in our current society? Completely controlled.

If this is actually true, we cannot let Bitcoin fall into the hands of the people who wish to ruin everything beautiful that has made this ecosystem thrive.

Satoshi started a legacy that cannot be stopped. His words live on in programmers hearts. People are good. The open source community has a conscience.

I urge everyone to read these other few articles before diving into this, they will enlighten you this topic somewhat, but please always look for more answers yourself.

Then here is the original paste:

Gentleman, Ladies, crypto kids.. it's been some time since my last leak.

As many of you have now seen from the leaked vinny emails, there is a secret email list where by top level bitcoin influences are colluding to take over bitcoin as we know it today.

I feel it is my duty to expose this coup. From the inside, i'll tell you how its going to go down.

So, you have to think, with all this support, no wonder Eriks such a smug git about it.
Alot of these businesses are also doing alot of the bitcoin transactions - I'm sure you've seen Eriks claim re shapeshift, Bitpay etc - This is their case.

We also know from PGP, he said, "the chain with the most work is bitcoin", so could Bitfinex also call B2X bitcoin ?

Beginning to get the picture ?

The way it's going to work is this:

Bitcoin will split to the 'agreed upon' segwit2x chain. This was agreed upon, Remember ? Hold you to your word. "we gave u segwit you commit to bigger blocks". People will hold this backroom non developer inclusive agreement and wave it infront of peoples faces.

Hashrate will move to the new chain, segwit2x. As you've seen from reggit, btc1 nodes are being patched to be as disruptive as possible to the true bitcoin chain. They want it to be disrupted, in chaos.

Business, coinbase, bitpay, blockstream, will begin to crumble and call t his new chain bitcoin, and the old, "BTCC" (bitcoin classic/bitcoin core), some have also proposed on the mailing list, "bitcoin legacy" but others liked it to spitting on a grave.

The old chain, true bitcoin, is going to be fucked with, it's difficulty will be too high to mine any blocks so expect the network t o be ineffective/not working for a long time and when it does come on, it's going to be attacked. Driving down confidence and it's value.

As well as all of this, the big players, are planning on liquidating their original bitcoin, driving down the price of it, then using this money to pump the segwit2x, now called 'bitcoin'. This is the most important part. But it's timing must be crucial. It won't be straight away, buyers will be too keen still. Businesses have to start to flake, blocks must not be mined, confidence must begin to falter.

The selling collusion by the old guards is going to have two benefits for them in their takeover:

Be prepared. Expect as always the worst.
Keep in mind this mailing list is discussing this stuff every day, sometimes 10-20 emails between people.

I am a mole in their camp, exposing to your their plans, its up to you as always to decide how you chose to use this information.

DISCLAIMER: I did not write this, I do not know who wrote this and I have no idea who is on the emailing list. I am just a guy who enjoys writing and was browsing pastebin. I found something that I believe the whole world needs to read. 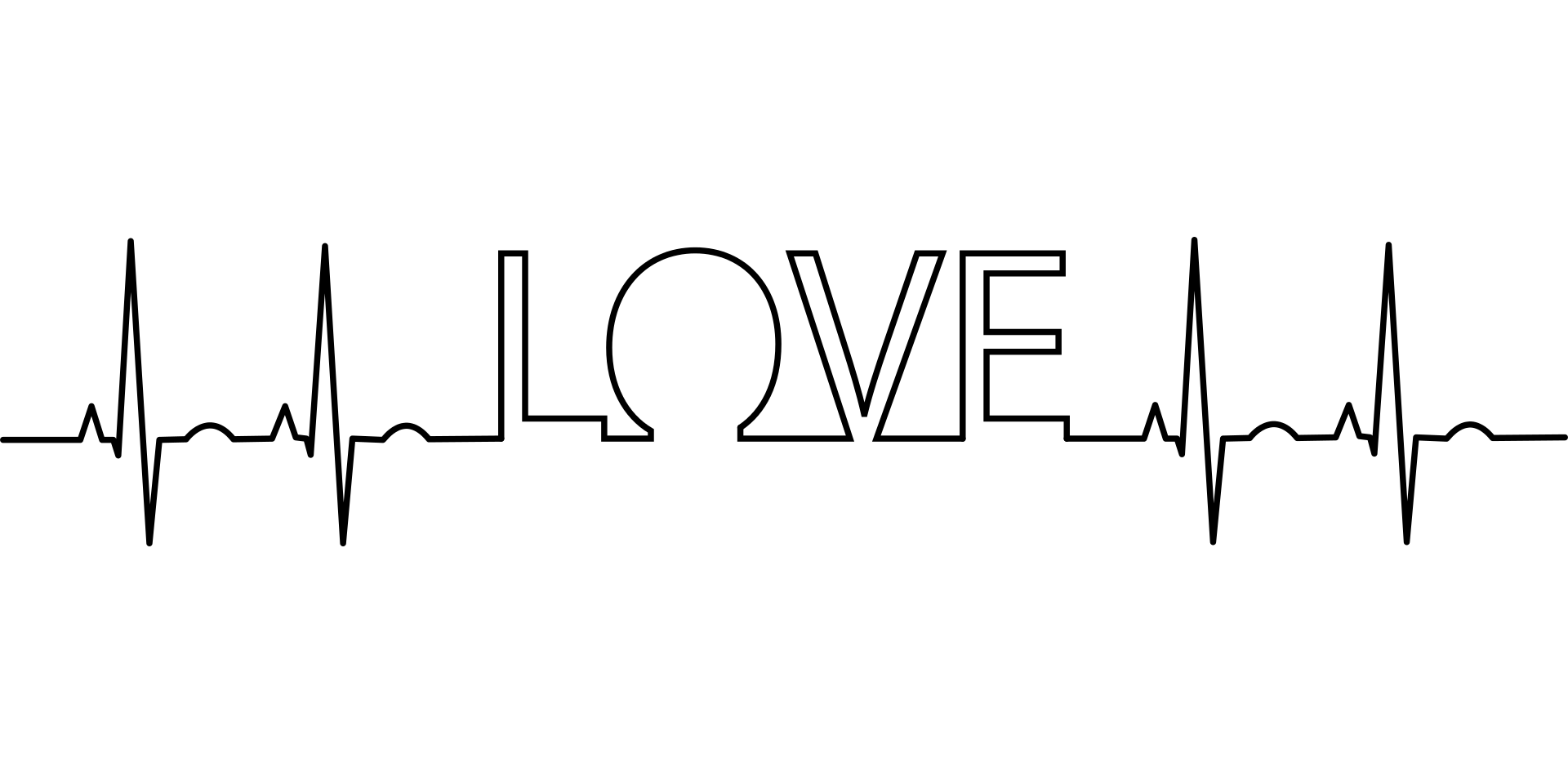 Here's some more interesting reading I found on the subject:

I will edit this as I find more.

This post received a 53% upvote from @morwhale team thanks to @spiftheninja! For more information, click here! . this is @originalworks . steem @steemprice BTC
@banjo
@cleverbot

The @OriginalWorks bot has determined this post by @spiftheninja to be original material and upvoted it!

Hold on to your BCH shares I guess ;-)

What happens when you fork a fork ?

thanks for the post I'll keep that in mind going forward, ive always held other alts more than I held bitcoin even from 2013, and that was because I look at bitcoin as the "breakout" coin but 1st one out the gate doesn't mean its going to finish in 1st place. Decentralized mining is interesting in the sense that it puts the power of the currency into the peoples hands but there is always that lingering question of, "what happens if early adopting whale miners group together to control the market and direction?" The fact is if this is going to occur it would destroy the dream of Satoshi and would definitly shake up a lot of altcoins and the overall market in general. Less trust would be had by those outside the cryptocurrency world looking in. Obviously we don't know for sure but that lingering question has been on my mind since I began in 2013.
Even if it is just a hoax or a rumor whatever happens in the future will determine if these statements hold true.

Thanks for your insight, very good points. The future is definitely uncertain. Regardless, there is already looking to be 3 versions of bitcoin, possibly 4 if Core and Segwit2x become separate chains that both still continue to operate.

It's good to get this information out so people can make their own decision and investigate it further. I'm sure others can find more information than I can! Check out the posts I posted here in the comments, some strange emails from some segwit devs.

Also, in THIS POST on STEEMIT, obviously from a Segwit2x Dev, who is trying to push Segwit2x clearly says:

"Segwit2x does not aim to be best possible technical solution to solve Bitcoin technical limitations."

Why would Segwit2x not aim to be the best possible technical solution? That's pure rubbish! Sounds like a takeover to me.

Upvoted. got you from the chat room

Thanks bro! Good to see at least some people are reading this important info.

Nice to see your post and its been great getting to know you @spiftheninja :)