How To Keep Your Crypto Assets Safe From Hacks, Scams And Your Own Stupidity 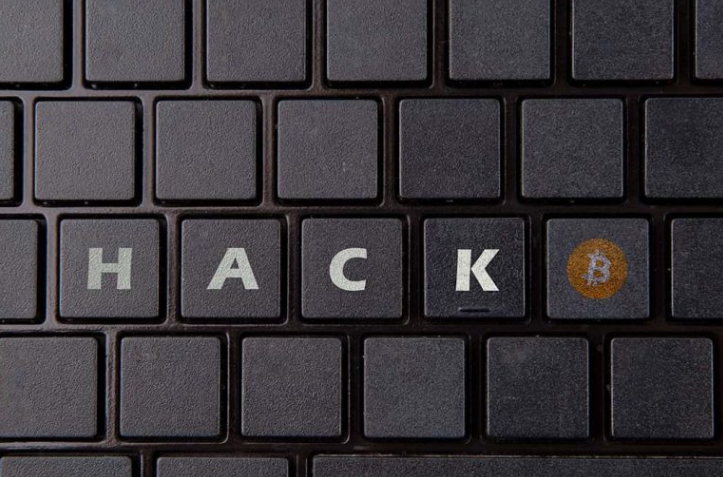 The boom in cryptocurrency’s popularity has created major security issues. As thousands of fraudsters are cashing in to get investors’ money, even more cryptocurrency holders become victim because of being careless or uneducated about how to stay safe in the cryptoworld. Here’s the ultimate guide of how not to become a fool or be fooled.

You may not be familiar with jaw-dropping news regarding crimes in the cryptoworld. But these are not mere speculations, the crimes are more than real and those criminals manage to steal millions.

Unfortunately there’s plenty of examples, but I’m going to take a look to the top 5.

Mark Karpeles, the former CEO of Bitcoin exchange Mt Gox, will go down in history as the biggest Bitcoin thief till date. Mark Karpeles was involved in 750,000 bitcoins gone missing. At the time the cryptocurrency was valued less than $1,000, so the total loss was $480 million. If we’re thinking the accurate Bitcoin price, which is now a little over $10,000, the “heist” would be worth almost $8 billion. Mt. Gox was once the most popular bitcoin trading platform in the world, but that is now history as this embezzlement case brought the platform on its knees.

Coincheck: Over $500 million
This one is almost hot off the press. In late January 2018, hackers broke into Japan-based cryptocurrency exchange Coincheck Inc. They managed to get away with around $534 million in digital tokens. It’s one of the biggest heists in history, with the exchange losing more than 500 million of NEM coins. The hack has once again raised security questions around the crypto world.

OneCoin: Over $350 Million
OneCoin was in the midst of a sales pitch for its cryptocurrency in Mumbai in April 2017 when security agencies arrested and jailed 18 representatives of the company. They seized over $2 million in funds that belonged to investors. However, the Ponzi scheme had already moved around $350 million scammed funds through a payment processor in Germany.

Mt. Gox: $115 Million
If you think you have already heard about the Mt. Gox scandal, then read further. An unknown hacker is reported to have hacked the Mt. Gox account and gotten away with about 25,000 Bitcoins.

Eventually, all these heists put a more weighty question on the table. What rules should an investor follow in order to keep a private key, as well as crypto assets – safe?

How to avoid being hacked

First things first. Keep your money closer. Storing money at an exchange is never a smart idea. Basically, the exchange market is where deals are taking place, and not where the assets should be stored. Although we observe a substantial work that is being done to improve the security of the cryptocurrency exchanges, I strongly recommend to use them for the purpose intended – which is making deals only.

To keep tokens even closer, especially if you own a significant amount of them, try to avoid “hot” wallets, which are connected to the Internet. Use “cold”, or hardware wallets instead, as they’re not so vulnerable to attack because of being offline. But keeping small amounts of digital currency in hot wallets, for example, for purchasing items online, is fine. Hackers most probably won’t bother trying to get into a wallet for a digital dime.

The elementary set of security rules continues with a two factor authentication, of 2FA. It requires not only a password/username combination but also something that only that a user knows or own – like a piece of personal information. Basically, 2FA works every time you withdraw money from an ATM, giving the bank a card itself and a PIN number. 2FA in the digital world provides an extra layer of security, making it harder to use a phishing scheme or steal identity or personal data, which can easily give access to a private key connected to a cryptocurrency address.

Using public Wi-Fi has always been a security risk. This totally applies to cryptocurrencies. You’ve probably heard these stories too many times: someone just steals your crypto coins once you log in your wallet in a coffee shop. As it happened to one Bitcoin user from Austria, who checked in his wallet on an exchange to check the current BTC price and almost immediately got $117,000 worth of BTC stolen by hackers. Public wireless connections are usually encrypted and insecure, which makes connected devices vulnerable to hijackers.

But checking account balance is nonetheless wise. Apart from storing funds in a controlled wallet, try to use a safe password and never click on random Telegram or Slack links related to crypto. These can be used as a phishing scheme, and keep in mind that bad guys usually go for a big fish.
Scammers have bloomed on the crypto fields ever since all the hype started, but sometimes it’s easy to tell a natural scam from a perspective project. Try to avoid scammers by reading the white paper thoroughly and checking the team – are there real people with real experience in blockhain, developing or marketing.

Even traditional finance traders keep saying: diversification is the only way to minimize the risks. So, with more than 1200 coins in existence, diversify your crypto portfolio. You can do it yourself by watching the market and newsfeed closely on a daily basis and observing the upcoming ICOs. The market is really volatile, we all know that, but once you’ve developed a trading strategy – follow it. And don’t panic!

Another option which is often more secure and brings more profit is trusting your funds to a Crypto Fund – it’s easy to choose the one that suits you best. Tokenized funds with a certain investment strategy are now the top of the market.

Resteemed to over 14700 followers and 100% upvoted. Thank you for using my service!

This is really well thought out, you really have covered all the bases there.

Informational and useful post. Hacks are happening frequently and users need to take utmost care of their assets.

Congratulations! This post has been upvoted from the communal account, @minnowsupport, by smokeasare165 from the Minnow Support Project. It's a witness project run by aggroed, ausbitbank, teamsteem, theprophet0, someguy123, neoxian, followbtcnews, and netuoso. The goal is to help Steemit grow by supporting Minnows. Please find us at the Peace, Abundance, and Liberty Network (PALnet) Discord Channel. It's a completely public and open space to all members of the Steemit community who voluntarily choose to be there.

Congratulations! This post has been upvoted from the communal account, @minnowsupport, by smokeasare165 from the Minnow Support Project. It's a witness project run by aggroed, ausbitbank, teamsteem, theprophet0, someguy123, neoxian, followbtcnews, and netuoso. The goal is to help Steemit grow by supporting Minnows. Please find us at the Peace, Abundance, and Liberty Network (PALnet) Discord Channel. It's a completely public and open space to all members of the Steemit community who voluntarily choose to be there.

I read your article very interested. I also wanted to know it and had tried to get 0.2 BTC. I paid the fees 0.001 BTC! I have nothing get! I can only advise against! The fact remains that no gain without pain.

Very rich content you got here. Thanks for sharing this with us. But you should learn how to use "Markdown style" to aid better visibility in sub headings. Well done mate @smokeasare165

Even here on Steemit the rate of theft has sky rocketed. We should all be careful on the kinda links or apps we use because some of them might be on a mission to harm us.