Bitcoin has experienced an incredible rise throughout 2017 - starting at around $800 at the beginning of the year, we have broken past countless all-time highs and saw Bitcoin trade at prices of over $4300.
The rise in value has surpassed all expectations, and the demand and media attention for bitcoin (and cryptocurrencies in general) has risen so much that it seems almost impossible to imagine how the price could develop in a few months -
A few experienced Bitcoin traders and speculators are doing it nonetheless.

The renowed trader "masterluc" speculates Bitcoin will reach $15.000 until the end of the year! Who is this trader and why should his prediction be accurate?

Whenever you see such wild statements about price predictions, the first thing you want to know is: why would this person'S opinion be reasonable?
Masterluc is a veteran trader who is almost like a legend in the Bitcoin community.

First of all, he successfully predicted the top of the Bitcoin Bubble of November 2013:

He was also right about the the end of the november 2013 bubble - he had predicted it 6 months earlier:

On may 30 2013, when Bitcoin was on $132, he posted the following picture on Bitcointalk, stating that Bitcoin would enter a Bubble and that it would burst somewhere closely above $1,000.

Additionally, masterluc also predicted that the market would be on a low for several years after this bubble had burst, and would only return to a new bullish trend in 2016-2017.

In may 2015, masterluc reconfirmed that Bitcoin would start another bullish trend in 2 years.

He only missed that prediction by 2 months - we now know that Bitcoins meteoric surge began in march 2017 at a aprice of $880. Now, he is predicting that Bitcoin will reach $15,000 until the end of the year.

He also stated that the current bull run will last until 2019 (so definitely not a bubble!) and that the Bitcoin price could reach anywhere between $40,000 - $110,000 within that timeframe.

He made this prediction while taking the movements of the 2013 bubble into account, and posted this picture and explanation:

I definately see correlation in wave structure between 2013th bubble and a current.
You can see some historical trends here. The lowest defines "Normal growth" and price is currently inside it. The upper ones defines "mid and super grow". Once price enters them it will start dramatical growth due deflational Bitcoin nature.

Corelations I see between 2013 and current bubbles marked by circles. So taking into account that correlations I announce dramatical price rise from approximately $40,000 USD in quick and pessimistic version to more than $100,000 USD and prolonged optimistic version.
Deadline for this action is till 2019.

$7500 until the end of the year - prediction by Ronny Moas

Renowed stock researcher and trader Ronny Moas has predicted that Bitcoin will rise until $7500 within 2017.
Moas is the #9 stock picker from 4558 analysts and has even made a business out of his very accurate predictions.
A few months ago, he actually predicted that Bitcoin would hit $5000 towards the end of the year - and since we're nearly at that goal already, he corrected his prediction now.

What do YOU predict ?

I personally can't go as far as predicting the Bitcoin price - the recent price surge has surprised all of us time and time again, so I think it's almost impossible to imagine where the value will be at in a few months - let alone several years.
I believe that $7500 until the end of the year might be possible, but even though $15000 sounds very over the top, we might even reach that - who knows!
The market has been so unpredictable this year, remember that we started off at around $800 and passed countless all-time highs until even reaching values of over $4300.

What is your prediction for the Bitcoin price until the end of the year?

I'd be very interested to know and to discuss, please leave your suggestion in the comments below!

Whoa I never heard of masterluc before. May the force be with him.

These predictions sound wild but I guess they might have some good reasoning. We have entered a point where BitCoin evolves so dramatically that the mainstream is picking up on it and that means that hordes of new users flood the market with their money.

Steem will regain steam soon. Just wait until a certain few whales finish powering down and selling out. Steemit keeps getting more and more popular and doubling it's number of users every year (and even faster now). Within a couple of months Steem will start the climb to the top again.

Yes, I do believe you are right. But it feels like crunching time right now. And these certain whales luckily don't have unlimited amounts of Steem.

lol I am glad you caught that reference I have a buy up to price of $3500 which means i have to wait. But that doesnt mean that i cant invest in cryptos, just not adding to bitcoin right now. There are others that are rising fast that are better value and yet still in the $1B club.

Not sure where this will land, hard to predict anything in this mystery crypto space. I am happy as long as it will be over $2.000 – however Steem Price is even more important to me.

Fingers crossed and now EVERYONE buy the steem, bu buy buy lol – Steem to Moon – we want 100$ per Steem, that is the real question, isn’t it?

What we never hear in these types of posts is how many predictions he made but got wrong.

good point. would love to see some of those as well

I would like to know how many prior predictions of these so-called "pros" didn't take place. Does anyone know if any of these master traders have verifiable, audited trading records?

I think it will be under one thousand = 1000 USD. It has gone up and down, not long time it was under 2000. December is a month when less people use it and hackers busy with holidays so I think it will get down.

I agree! With this prediction.

Thanks for the information😉👌
Look at this post https://steemit.com/bitcoin/@inversor/companies-are-buying-bitcoin-to-pay-off-hackers

My personal prediction is $6000 at the end of the year.

I believe $15,000 at the end of this year is realistic, more money coming into the market at a speed of light and demand is on the rise and will continue till the year ends. I don't need to believe all these magical predictions i only need to position myself for the best outcome.

$7500 seems like a high target I'd give; never heard of Randy Moss though

but its incredible where we've come. depending on how things turn out; could be sideways and correcting rest of the year; I think we would be if it were not for the incredible developmental achievements with segwit and potential higher blocks; and the option for bitcoin cash I think strengthens the community even tho it will take market share from bitcoin original

BTW I broadly agree with the predictions above.

I wish I had more money to invest into Bitcoin.

It amazes me how many people are still just uninterested and think crypto is just a pipe dream. Those who have their eyes and ears open to this will be the ones reaping the benefits. It would be amazing if these numbers predicted would come true. Heck, even the small amount I have would be worth something lol.

I think 2017 and part of 2018 will be a nice years for Bitcoin. I don´t want to say any value cause it is so crazyness raisings.

After that, we will see how the governments try to regulate it. That´s will be nice to speculate.

The uncertainty in the global economy, plus political craziness, might mean that we see a stock market "event" by the end of the year. If that happens, a flight to both gold and Bitcoin will follow.

Well, I frankly have no idea. BTC is quite all over the place with a rapid rise trend. Some say 500,000 in 3 years, that's a bit too far out there in my eyes, but I'm definitely no expert, so, maybe? That crazy interesting, but scary at the same time

I don't understand, is he saying that Bitcoin will be 40 - 100k$ AFTER bull run has burst (after price has settled) or at highest point of this bull run? What does he mean exactly? Can anyone who has been following this guy clear this up?

No question, bullish on Bitcoin for the time being till the end of this year.
But the thing is when whales start to dump, it would be very difficult to figure out the support levels.
They say when at the top, the only place to go is Down.

on Masterluc "seeing no resistance" that doesn't make sense. There is no points of technical analysis over the all time high's! It's unchartered territorty. Picking $15k is just grasping; though I don't completely disagree it's possible for sure. Ask @bullishmoney for some technical analysis
https://steemit.com/bitcoin/@bullishmoney/with-bitcoin-prices-gone-ballistic-normal-analyses-don-t-apply

This post has been ranked within the top 25 most undervalued posts in the second half of Aug 16. We estimate that this post is undervalued by $36.75 as compared to a scenario in which every voter had an equal say.

See the full rankings and details in The Daily Tribune: Aug 16 - Part II. You can also read about some of our methodology, data analysis and technical details in our initial post.

These predictions sounds good ... Hold bitcoin as long as possible....

Maybe you need this feel free to use and plz upvote 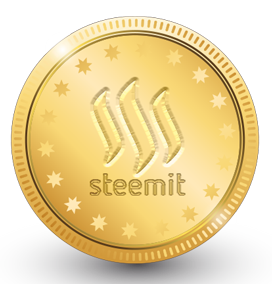 Great Post !. Iam ready to moon !. HODL until the end of time

Nice article. Thanks for bringing this to our attention. I do believe most coins are currently overrated. But the future lies in blockchain. This is quite an interesting website I found: https://www.coincheckup.com Every single coin can be analysed here based on: the team, the product, advisors, community, the business and the business model and much more. Check for example: https://www.coincheckup.com/coins/Bitcoin#analysis To see the: Bitcoin Research report.