The Truth About Money: Why Cryptocurrency is the Purest Form of Money Ever Created

Many people have the impression that the first economic systems that humans developed was the barter system.

However, this is not the case. A ledger is simply a tally of transactions in units of number and/or value.

The first ledgers were mental: members of a tribe kept track of who owes what to whom in their minds, and because communities were small and intimate, trust was high. In other words, everybody had a memory of the current transactions on the tribal ledger which would update as the tribe communicated with each other through their daily lives.

Simple enough. We do this at a lesser level still today. For instance, you might borrow your neighbors leaf blower, and at some point in the future your neighbor recognizes that you have a claim to borrow his lawnmower. It's that simple.

Naturally, as humanity grew, so did the size of tribes, and contact between tribes became more frequent.

These tribes did not have as much trust across their communities as they did within them, so they had to start keeping track of transactions by some other means besides memory.

Examples of the evolution of this process can be seen in the Rai stone:

Rai, or stone money (Yapese: raay), are large, circular stone disks carved out of limestone formed from aragonite and calcite crystals. Rai stones were quarried on several of the Micronesian islands, mainly Palau, but briefly on Guam as well, and transported for use as money to the island of Yap. They have been used in trade by the Yapese as a form of currency. The monetary system of Yap relies on an oral history of ownership. Because these stones are too large to move, buying an item with one simply involves agreeing that the ownership has changed. As long as the transaction is recorded in the oral history, it will now be owned by the person it is passed on to and no physical movement of the stone is required. 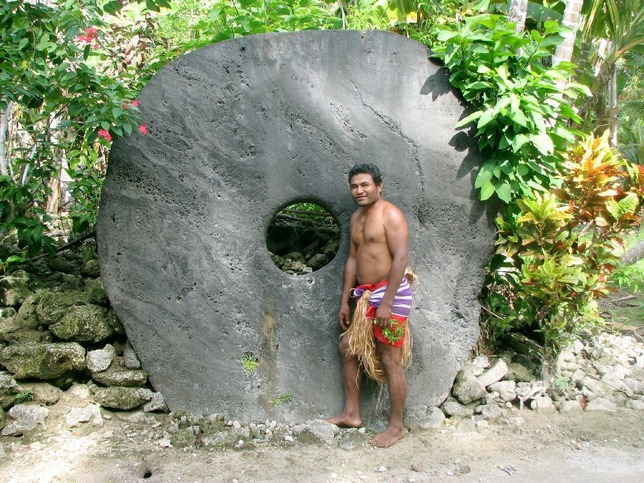 The Rai stone is a combination of memory and physical ledger. The ledger exists as a single token, the ownership of which is agreed upon and remembered.

Money Tokens as a Source of Value

These days, humanities connection with the origins of money has alienated them from its true meaning.

Most people today think that money is valuable because it has something backing it -- weather that something is a physical asset like gold or oil, or the trust and backing of a government like fiat.

But the only real qualities that money needs is to somehow be a good ledger. If the ledger requires trust, that trust must be high, such as in the case of the USD or Euro.

How Bitcoin Changed Everything

Bitcoin, at its core, is just a ledger.

But unlike your checkbook, the transactions are written automatically and stored in a cryptographically secured distributed ledger that anyone can reference and audit at any time.

Bitcoin is an extremely secure ledger that is open to anyone who wants to use it at any time.

This makes bitcoin the best, strongest, and most globally accessible form of money ever created.

And that's why its value in other assets (dollars) continues to rise, and will continue to rise into the foreseeable future.

I had to cut this a little short because of time constraints, but I hope I'm getting the general idea out there for others to bounce around with me.

Have you thought about money in this way? Tell me what you think.

Interesting. As long as people agree to use something as a means of trade it becomes a valid currency. Rarity is the key to make sure it cannot be forged, carrots for example wouldn't make a great currency, lol. The problem I see with crypto is that while individual transactions are outside of government control, entire exchanges and internet are not.

Triple entry accounting makes crypto the most secure currency and as you say, you can audit it’s blockchain as much as you want. That’s a given fact and people will eventually accept this.

Still don't know diddly about Voltron, but the fic honestly just made me think of crypto LOL

Took forever to find it again, but it's a fun read: [link]

Basically in space, Earth Money is worthless, but they wind up building a miniature economy from the money they still have 😆

Thanks for your post. I had never heard of Rai Stones. It seems that we have come full circle. The first economic systems being based upon intangible, oral promises tracked by memory, to another intangible system of a "cryptographically secured distributed ledger." Pretty amazing.