Is It Over? - Bitcoin Changes over the Last Month 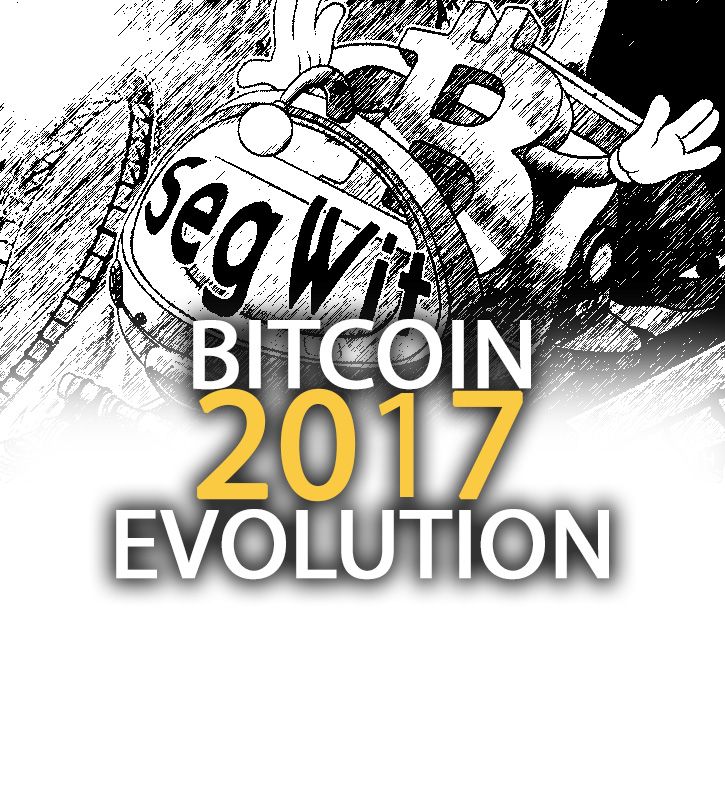 Bitcoin, mainly its software, has seen a lot of changes over the last month. Late July we saw a major long-term exchange (for altcoins as well) shutdown, we saw a fork (chain split) at the beginning of the month, segwit for bitcoin locked in and finally SegWit now activated. Normally a bitcoin exchange going down is a huge event placed in the "bear" category for bitcoin. But for this instance the price kept on chugging along it's bullish trajectory.
Going from ~$2,600 to over $4,000 in less than a month.

On July 26 a Russian man named Alexander Vinnik was arrested in Greece for alleged money laundering. It was later reported that BTC-e was connected to the arrest.

The site and supposed owner arrested were linked to the Mt Gox stolen funds.

By July 29 the US Government had seized the domain name.

An update released August 14 claims to state that BTCe has 55% of user funds but a return to customers seems highly unlikely with the domain and probably the servers not under their control; just how would they do user verification and maintain a website with the tyrannical US government breathing down their neck?

Back in 2014, BTCe had a whole quarter of the market volume for bitcoin trading:

BTC-E when it was seized has been the oldest exchange left standing in the market for bitcoin and altcoins. It's known for its privacy oriented accounts with no ID verification.

Though we don't know exactly where the funds the site had, if they're intact or confiscated or hacked, if some are lost the site, according to btcmanager.com would like to use the Bitfinex model of issuing tokens and paying back users through future profits, but this is not viable. It's not possible because the domain is seized, it has not reopened, and more impactfully the US Government, specifically the Financial Crimes Enforcement Network (FinCEN) has fined the BTC-E team $110 Million.

The trading of Bitcoin Cash, as with any new coin, was very volatile in the first month, going anywhere down to $200 and up to $900.

To claim your Bitcoin Cash you need to have control of your private keys from the original bitcoin network and you can use, for example, Electron wallet a software based on the Electrum wallet. I have not done this yet so don't jump right into it without doing your own due dilligence. I would assume this means the more bitcoin on the regular network you spend then you lose access to your potential bitcoin cash attached to those bitcoins that were not yet split out into bitcoin cash.

Bitcoin cash was announced on July 22.

Bitcoin Cash hard forked off of bitcoin on August 1st.

The bitcoin blocksize limit did not actually start at 1MB where everyone remembers the limit being today. It was set at a limit to reduce spam and regularly increased according to Satoshi's wishes back in the early days but somehow was stuck at 1MB for many years until the blocks completely filled up early this year.

SegWit locks in and Activates on Main Bitcoin Chain

With SegWit now active, the old blocksize limit as we know it is no longer applicable. The situation is much more complicated. Instead of "Block Size Limit" it is a "Block Weight Limit" as Bitcoin Magazine explains:

Bitcoin blocks now have a weight limit instead of a size limit. Depending on the types of transactions included, this means that blocks can get up to 4 megabytes big — though some 2 megabytes is a more realistic maximum. This should decrease network fees for users, and speed up transaction confirmation times.

However, this doesn’t mean that all blocks will immediately bump to 2 megabytes in size today. For a transaction to utilize the added space, it must be sent from a SegWit address (or more accurately, a Segwit “output”) — not just to a SegWit address.
SOURCE

So, with SegWit a roughly doubling of the blocksize and a possible 2MB increase coming in months (see below) the full potential of the bitcoin development changes this year could equate to about ~4MB blocks, though like I said, the blocksize is not the same as it used to be. This upgrade to the software also paves the way for the Lightning Network which itself is highly controversial.

On July 21, BIP91 locked in which reduced the threshold for SegWit activation to only 80%.

SegWit was introduced years ago and discussed frequently since then as the bitcoin high fees and unconfirmed transaction backlog problem increased in severity.

The Chinese miners and perhaps users were more apt to call for increased block size over a solution like SegWit. Bitcoin Unlimited was the original proposal for increased blocksizes and strongly supported by Roger Ver & Bitcoin.com. There was a whole stink about reddit.com/r/bitcoin censorship of any discussion on larger blocks vs segwit. The censorship I've heard 'justified' by saying that the subreddit is for discussion of bitcoin's main chain and not any kind of forks or splits or potential changes the community (majority?) doesn't agree with. Though that kind of makes sense, denying discussion of improvements to bitcoin on the largest open forum for discussion does feel like silencing opinions. If you go over and use r/bitcoin_uncensored your post will simply not get as many eyeballs.

The changes to Bitcoin this year are not over. Coming up toward the end of November is the SegWit2x potential implementation or split. This is the 2MB fork portion of SegWit2x agreement that was put forth to appease the large blockers by accepting segwit instead of a larger blocksize increase, which has already been superseded by the Bitcoin Cash split with it's 8MB fork. For that reason I see the 2MB blocksize increase in the main bitcoin chain to not be likely at all. (Thanks @lexiconical)

To track it yourself, it was announced that the 2MB upgrade would happen at block 494,784.

Not only this, but the Lightning network now needs to be developed after it's prerequisite (SegWit) is finally active. And bitcoin service providers are not even yet ready to accept SegWit.

In Conclusion, stay vigilant it is a big year for bitcoin software changes to say the least.

Look for a further update on what bitcoin wallet to use for segwit, bitcoin cash etc., as I have to learn for myself so why not share with you guys what I will be learning, eh?

Good overview Mike. I think you might have benefited from splitting it into several parts. It's just harder to get long, thorough posts rewarded. Maybe you could have done one on BCC and another on Segwit and BTC stuff.

thanks. Once I get more legit, higher rep and higher payouts I'll do more multi-part series and get more in depth.

I look forward to them.

Yes I do see a pullback coming. We may have a little more bullishness with segwit just activated (successful development) but it rose so much this year it's most likely overheated and now that we're finally over all the good news, maybe the bad stuff will kick in like btce seizure to be priced in finally.

Expect volatility for sure

Okay Mike, You seem to have a pretty good handle on the BitCoin information, and I'm just getting my feet wet here in the cryptocurrency space. So I would like to ask you, what your opinion on the Chinese ACC block chain is. I've only uncovered a little info. on it so far, but from what I understand they are using a quantum link, which will be a whole new system as far as security and speed. Thank you for all of you great info. and what are your thoughts on ACC?

Haven't heard of it. I will go look into it now, don't be afraid to come back and ask. Sounds quite interesting. China has always been an enigma becuase they're such a big country that's very much into crypto but blocked off from us through language barrier and the great firewall.

Thanks, I've been trying to figure out what exactly they're up to and the big picture of this ACChain, looks like they are tying assets to it. I posted an interesting video I found on the subject earlier, I'll leave you the kink so you want to check it out if you want.
https://steemit.com/news/@dbarzo/cryptocurrency-what-s-that

thanks. so many now asset based platforms or decentralized software platforms like ethereum/NEO - do u know a one stop site that organizes all these different cryptos?

if not maybe i'll build one ;)

That's a great Idea, I like the way you're thinking, I'm not familiar with one, but that might not be saying much, I would need to do so serious research before I could give you a well informed answer on that one:)

reward for who finds the ultimate altcoin comparison resource first

Thanks for all the information!

you're welcome! What are your thoughts?

thanks, what do you like about it? I thought it wasn't itself a currency

How does xbtce.com play into this, if at all?

how long has that been around? - are you saying that's related

Not sure, honestly. I know it has been around a couple years, I think (whois.com says it was created in 2014). I remember a discussion in BTC-e's trollbox, but only that it was discussed, not really the details.

I'm recovering from multiple concussions, in case I haven't mentioned it, and don't remember well. First concussion was 2013; memories before that are mostly intact, but everything since then is like "thinking from the bottom of a well." :(

sorry to hear. so xbtce isn't a way to access old btce accounts then?

No, unfortunately. I haven't heard anything from their team in a while, I think we were supposed to hear something a few days ago, from their earlier communication? Hmm...

they have plans to come back up!

https://btc-e.nz cant acess in US

coindesk with the details:
https://www.coindesk.com/is-btc-e-back-troubled-exchange-enables-user-log-ins-weeks-after-crackdown/

Yes, I saw a Steemit post saying they were up before I saw it on my other feeds. I've pointed a browser there, and see accounts that I recognize in the trollbox, but I haven't decided to log in just yet. Will wait and see what happens, first...