In THIS previous article I wrote that Bitcoin is by far the most interesting cryptocurrency and that everyone who wants to learn about or invest in crypto should start with Bitcoin. One of the main properties that makes Bitcoin extremely strong is the high (est) level of decentralization. It is even fair to say that the reason that Bitcoin still exist IS decentralization.

The power of decentralization

Bitcoin is the most decentralized crypto and this is a HUGE advantage!

Levels and layers of decentralization

Bitcoin is the most decentralized cryptocurrency, this means that the influence of everyone involved is spread out properly and one single entity does not have the power to force his will on others involved.

Different layers of decentralization in Bitcoin have proven themselves already!

In the past the self regulation of different layers is proven already in real life:

The result was that certain code that would benefit the network and was wanted by the devs, businesses and users as well was blocked by a centralized greedy group of miners. The answer of the users was to launch the UASF, some software that would reject all the nodes that were not updated with Segwit from August 1st.

Because a majority of the miners was signaling to not upgrade to Segwit it looked like a network split would happen until the last week. In the last few days before the 1st of August all the miners shifted from no Segwit to Segwit because they were afraid to mine a coin that the users don’t want to buy and use. The users forced the miners to do what is best for the network and eliminated the negative influence of miner centralization!

Most of them were not against a block size increase in general, but the fact that the agreement was signed by corporations and miners (not really decentralized consensus) behind closed doors and the code was written in a short time and not really reviewed yet. Beside that replay protection would not be included so there was a huge risk for users to lose funds and chaos could appear.

A future market was created and users decided the prices by buying and selling and thus creating the supply and demand. 95% of the miners was signaling for 2x and about half of the businesses said to support it, so the forse behind the hardfork was overwhelming.

However, the future markets started with a price of 0.3 BTC for 2x and went down to 0.1 while the fork date was coming closer. Finally the fork got canceled because the miners knew that they would mine a coin that is worth 90% less while the expenses remained the same in the beginning and the businesses knew that they would lose 90% of their customers if they pushed it through. The users had the final say again!

As you can see: Even when one of these areas get compromised it will be hard to break the decentralization over all. This makes the decentralization of Bitcoin extra strong. The fact that Bitcoin doesn't have a leader or known creator is extremely important, because users have the final say and most of them will back the leader when he wants to change something. This means that every cryptocurrency except Bitcoin probably can be compromised by compromising the leader.

Decentralization is the perfect democracy

Bitcoin consensus is a purely voluntary way of decision making without any fraud or unfairness. I believe that eventually all ‘services’ delivered by governments can be done by Bitcoin where changes in the ‘law’ can be changed through this system. It will be way more efficient and fair and not backed by violent but based on voluntary action.

Decentralization means that the network is present on the device of every entity involved and not at one single place or server. Also the influence is spread over everyone involved. This makes the network extremely strong and resilient, because there is no place to attack or hack, no server to take down and no CEO or owner to arrest or bribe (the last one is possible for many altcoins).

In the past there were some attempts to create an electronic currency, but they are all shut down by the government because they want to keep the monopoly on money creation. It was possible to shut them down because they were centralized. Bitcoin is the first decentralized electronic currency and they are not able to shut it down. The only way to do it would be shutting down the entire internet, but even this won't help them anymore since BTC now is broadcasted over satellite and can be used with SMS. 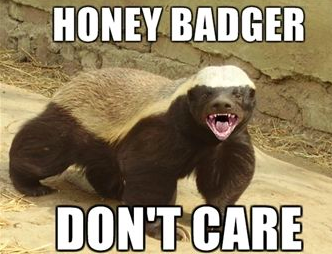 The UASF and Segwit 2x story are examples of game theory (will target this in another article). Game theory in short means that decisions that are good for the network are made because everyone want as much as possible gain for himself and this is prioritized above politics or agreements. All players will do finally what is good for the network because that is the best thing to do for themselves too. The above described examples were internal issues where game theory plays a roll, but when Bitcoin gets more relevant and valuable it will play out on global scale. This is where it gets really exiting!

Since powerful entities can’t destroy or control Bitcoin there will finally be only one possible outcome. In the beginning they will deny the importance and make agreements with each other to not get involved in Bitcoin and even act against it. When a certain point is reached they will have the choice between losing their business or wealth (= power) or getting involved. When a few of the big boys decide to get involved even an armsrace can happen. Because the first to come in will buy cheap and get extremely rich and the last will suffer. This will play out among (central) banks, governments and big corporations.

This can only happen with a cryptocurrency that is extremely decentralized like Bitcoin, because when it is not possible to compromise the ONLY WAY to maintain power is to get involved. When a centralized crypto like Ethereum, Bcash or Ripple get important enough to trigger this scenario, they simply arrest the CEO and seize the control over the network. THIS IS THE MAIN REASON I AM EXTREMELY BULLISH ON BITCOIN AND NOT ON ALTCOINS.

Bitcoin is the most decentralized cryptocurrency and this makes it enormously resilient, indestructible and nobody can make changes without the will of the users. This enables the situation where powerful entities will fight to own an as big as possible share of the network by buying or mining it because they can’t simply ‘take’ it. This means HUGE gains in price for the HODLers that were in already.

Disclaimer
This is not investment advice, but just my view on the current situation

Ensure your privacy with VPN and pay with crypto!
Torguard

Hey @michiel this is great , helpful article to Bitcoin fans . I will like to add ;

UNLIKE RPPLE'S 100 BILLIONS THERE WILL ONLY BE 21 MILLION BITCOINS :
Another thing to consider while observing the vast blockchain environment is that Satoshi’s creation unlike the 1,300 other cryptocurrencies in existence has only 21 million. Other digital currencies have billions already in circulation and billions more to come using other less tested consensus mechanisms like Proof-of-Stake. So in essence bitcoin’s inventor created something unique and different than the digital goods we all swap today. Unlike your MP3s or digital movies, bitcoins cannot be copied, and this weekend 16.8 million of them have been mined, hoarded and a large number of them have been lost. To many cryptocurrency investors, this makes Satoshi’s invention a very valuable digital asset, unlike anything the world has ever seen.

Every attack (on purpose or not) will have a negative influence for a while, but BTC will survive and come out stronger. The China ban caused a big selloff, but the result was that the market became more immune for government regulation (Chinese are still trading like crazy, but more underground). Attackers spammed the network and made transactions expensive for a while, the market came up with upgrades and batching and the network is stronger than before. The Jappanese whale started to sell off Bitcoins, the price dropped 70%, the Jappanese Wale got less rich and the Bitcoins are better divided between users, Bitcoin comes out stronger again.

Thanks for your valuable and Didactive post about btc & so on.
We can take out a lot of information by your post.By dint of we can increase our skill that is beneficial for all steemians.
I will always visit your site & wait for your upcoming post.
Thanks .
@Resteem & follow has done.

Thank you very much! will keep posting

all time great post about bitcoin. incomparable writing. thanks sir for explaing about bitcoin decentralization.

Thank you, I think decentralization is the most important feature of BTC, many shitcoins are missing that

People really underrate bitcoin. I think half of it is people are bitter about missing out on the significant gains. I personally have a very little( <$50) but understand it's importance for the crypto market as a whole and respect its' ability to come through almost 10 years of trading.

Yes, I think people are too much focussed on fancy features instead of basic properties I think. And off course many think they missed out on BTC and want to find the 'new BTC', but I think that doesn't exist and BTC itself will have more huge gains

For future viewers: price of bitcoin at the moment of posting is 8225.90USD

"Decentralization is the perfect democracy"; Decentralization is freedom, and I think that is what all the human beings are always searching for, that´s why it is inevitable that cryptocurrencies will succeed and revolutionize the world as we know it.

Thanks so much mate! Your article has done some good in alleviating my fears which have been rising the last couple of days. My portfolio has halved before my very eyes but with you explaination, I can only expect better days ahead if I can but wait. I will follow you now to keep getting updates like this. Do you respond to u our commenter enquiries by making a post out of them? I'm asking because there's a whole lot I'd like to know

I love how brilliant your idea about Bitcoin, but how about exchanges? which one you prefer centralized or decentralized? i'm having a hard time choosing what exchange. aside from this blog, https://kucoinblog.com/are-decentralized-exchanges-the-future-sk-st i don't have any other resources.

i think its like bittorrents where they can only stop the centralize site providing the search but they cant stop the network itself decentralization is the future as we know it an they know it to thats why Bitcoins will always rule because there is no boss ........peace @michiel great article

The fact is that there is no truly decentralized or centralized system anywhere. There is just more of one than the other and these two work hand in hand though one may be more used by a particular system than the other. Thanks for such broad information and that game theory. Last had about it in Prison Break 5