The Current draw-down in BTC has been pretty painful to say the least, however, this isn't the first time Bitcoin bulls have seen this.

Back in 2013-2015 there was another major bearish period, a period that saw prices fall roughly 90% from peak to trough.

Which some people say is similar to the period we are in now.

Most people tend to use that argument to say that we have much further to fall before bitcoin reaches any kind of a bottom, since bitcoin "only" retraced about 70% from the highs to the lows thus far.

Whereas bitcoin pulled back close to 90% in that other period mentioned above.

More to the story?

However, if we want to compare patterns, Tom Lee of Fundstrat Global Advisors has another pattern he'd like to point to that he thinks might be equally as important.

Back in 2013, when prices really started to take off, it took about 1 month for prices to reach their eventual top.

However, then it took 405 days for markets to retrace all of that move and eventually come all the way back down and hit their "bottom". Measuring that bottom compared to the top, again it took roughly 1 month for prices on the way up, but 405 days on the way back down.

The current "bottom" we have experienced takes us to $5,900 BTC.

It took bitcoin 1 month to go from $5,900 to get to almost $20k on the way up. Yet it has already fallen back and hit that price point just 52 days later. Which means this drop happened quite a bit faster than the one in 2013-2015 did and it could mean that the bottom has already been put in around $5,900.

If that same pattern would happen to repeat itself again, that is.

There is no guarantee that this pattern repeats, but it is interesting that we saw a similar pattern several years back that pointed to a bottoming of the price.

Tom Lee also mentioned that this data along with the fact that Tax Day is finally upon us, leads him to think this pattern has a good chance of repeating.

We will know for sure in the next few weeks as Bitcoin seems to be at a critical point in terms of reversing that bearish trend or continuing it.

Nice commentary! STEEM on my friend 👍

Keep in mind that Bitcoin is traded globally, but just about half of that volume is in USD. Which means that US taxes likely do play a significant role.

Tom Lee will either be a hero or a goat within the next few days.

Yeah, but there are many major differences as well.

#1. Impossible for the little guy to mine.
#2. Wall St. has their feet in the pond
#3. BitConneeeeeeeeect!
#4. The IRS want their "fair share"

I find it hard to believe that we'll be able to reproduce a 2017 style run-up based on the factors listed above.

While that may be true, there is a lot of money in the world, of which bitcoin only represents a fraction of it. I would guess that crypto investments become a lot more targeted vs. 2017.

Very interesting find. 2013 seemed like a short squeeze. Yes it took 405 days to recover. We may have already seen the bottom at $5900, and we were able to bounce off it again recently. We may consolidate here or go on a steady upwards trend. Bitcoin historically has performed well since April onwards. HODL

Yes, seasonality is on our side right now. May has been pretty good historically as well.

You think it was hard to hodl during this year’s bear market? Well, imagine the power of will to hodl through 2022 retracement - from 300k to 160k in a few weeks? That’s gonna be a real test of character and belief in Bitcoin fundamentals...

Have to keep in mind that the research game is to be creative and draw up every analogy possible to stay in the headlines and market your firms brand. While I respect his work, Tom is excellent at that with bitcoin. The analogy doesn’t necessarily mean anything. Vs 2013, the biggest pro is that there is wide spread bitcoin recognition and more confidence in longevity of crypto, but the con is that we haven’t been tested by a down economy where there’s wide spread fear, risk off and cash parking. That’s btcs biggest test in my opinion.

Yes good points and I agree. Every bit of research is to be taken with a "grain of salt." Though, it is interesting to be aware of certain patterns.

There has been loads of interpretation to the current state of the market.
Depending on ones position, every analysis that tends towards one leaning surely resonates.
The truth is that a lot has happened fundamentally in the crypto ecosystem and bitcoin in particular.
The 2013-15 under reference here is quite different from this year 2017-18 under review.
Then not a lot of people were aware of crypto but today a lot more people are away, not just aware alone but investors. Also the growing acceptability of bitcoin today and it expected longevity is a plus.
I think generally the present bear market will be short lived compared to the reference 2013-15.

Interesting points. I’m not sure if ‘tax day’ will Still be an issue as that only affects The US and crypto is now truely global!

Yes but close to half of that global trading is done in USD, also there are some that have been trading BTC the last few years that are paying taxes this year for the very first time due to Coinbase turning over info to the IRS going back to 2012 etc...

I personally feel like we are reliving 2013 -2015 bull/bear markets. I do think it could go a little quicker this time but plenty of people will be impatient and get out at the wrong time. I just wonder how high the next peak will be. I am guessing around $100K - 200K per Bitcoin between 2020 and 2022. What would that make the Marketcap? EVERYONE will be talking about it. Even more than this last cycle. Then Satoshi will reveal himself with proof. He/they will be the most powerful person/people in the world. Where it goes from there? I won't speculate any further for now.

You think Satoshi will reveal himself someday?

I think it is a possibility. Why would Satoshi hold 980K Bitcoin otherwise? I don't know. I am a bit of a conspiracy theorist so you probably shouldn't take me too seriously. But can you imagine if Bitcoin were at $200K and he were to make a big reveal?

If I had to guess I bet we are going to find that prices dip this time of year as people sell crypto to pay the tax man.

Do you mean that is why it dips this time every year?

2013-14 also involved the mt gox hack. The largest crypto exchange got hacked and it was dealing with more than 70% of btc volume. Today's scenario is a lot different bevause of that. This is something tom lee has spoken about.

Other factors are institutional money waiting to enter.

Great article and very informative, thanks for sharing. I've smashed the upvote button for you!

this time bitcoin is definitely gaining some trust
with some news of institutional money flow and other positives ,there are alot of expectations

Ohh its really nice information @jrcornel thank you for sharing this👍😊

It’s all about liquidity, that’s why the correction is so much faster, although it’s yet to see if we hit the final low in the 2014 chart pattern or not.
One major similarity...Mt Gox collapse and now Mt Gox sell off. Coincidence or coin-incidence?

Are there coincidences in crypto?

Thanks for the history and analysis.
IMHO, the price manipulators at JP Morgan and Chase - and their ilk - got involved late last year.
We used to have a pretty free market, but these people know how to manipulate prices in a way that makes prices un-predictable and not related to normal market forces.
Who knows? I'm still holding as much as I can for when the dollar collapses. I watch the fluctuations simply to find the best times to buy.

I think you are right, they have been manipulating the gold and silver markets for some time, correct?

Gold and silver, stock prices, interest rates, LIBOR (price fixing of currency trading exchanges) etc. They're into everything.
The primary tools are using:

I do believe that this bounce has a little bit of legs but there is not way the market let's all the chasers off the hook that easy...there will be a puke lower 4K ish

Something is going to happen soon!

I see your point and lived through that grueling 405 days that you talked about here but I am hoping that we won't see another long crypto winter like that one. I think Tom Lee is right that taxes need to be paid and that is part of the reason for the current sell off by so many people but according to the IRS, most crypto investors in the US haven't paid taxes on crypto capital gains. I am wondering what the next step will be from the IRS but we shall see what happens from here. Excellent points made in this post. Thanks so much for sharing!
Ivy

If the BTC so grows. as expected ... there will be an overabundance of funds? What will happen if they decide to withdraw them in real money in a single hour? The economy of the world will not turn into a dead cow? I'm not a financier, but it's like a start, some end.

There is always a fear of mass exodus, though if that were going to happen, it probably would have already. It seems many in the space are holding until bitcoin is a world reserve currency.

It would be good by the time, if this happens, to have your garden, livestock, a bird .... and a stove on firewood)))

Don't forget lots of drinking water and a healthy supply of food.

Thank you! I this year should dig a 32 meter well with water.)) And I want to start bees.

Insightful post. The main difference I see today is that market participants has fundamentally changed. I would argue that today there is more sophisticated and institutional money in the market than in 14-15. Also BTC has transitioned from a 'hopeful project' to a full-blown accepted asset class in the minds of a lot of people.

Good point. What was the main difference in the type of investors in BTC back in 2014-2015 in your opinion?

The true global economy has deteriorated further since then...

Is a crash coming?

It remains to be seen if the same story is repeated as in the past years, thanks to the information

Now look me in the eye and Follow Me @cryptopay-blog

Thanks for your update, Jason. Time will decide for sure.

I think we can help each other 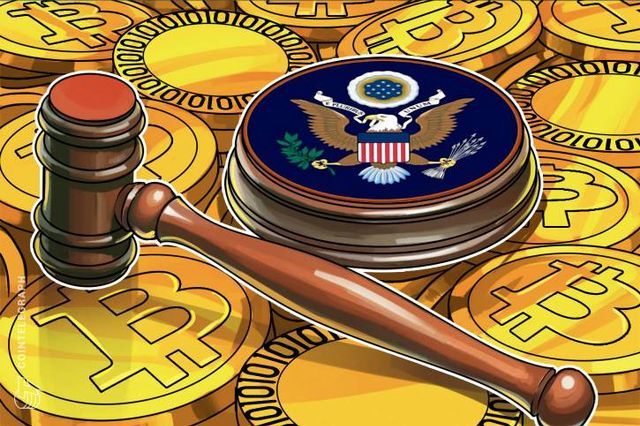 Doesn't it normally take the stairs on the way up and elevator on the way down? Or is that stocks?

Yes, thanks for the correction...keep the great post coming.

No, I think you are right, BTC seems to take the elevator on the way up and the stairs on the way down. It took one month of gains close to 2 months to retrace... right? :)

Alway exceptions to the rule :)