BCH Breakout - How BTC will react ?

The Bitcoin Cash (BCH) just went out of the triangle which has been created and kept since several days now.

This is a clear bullish signal which needs to be confirmed in the coming hours because we have always the risk that it returns inside the triangle and even use this movement to drop below the triangle. 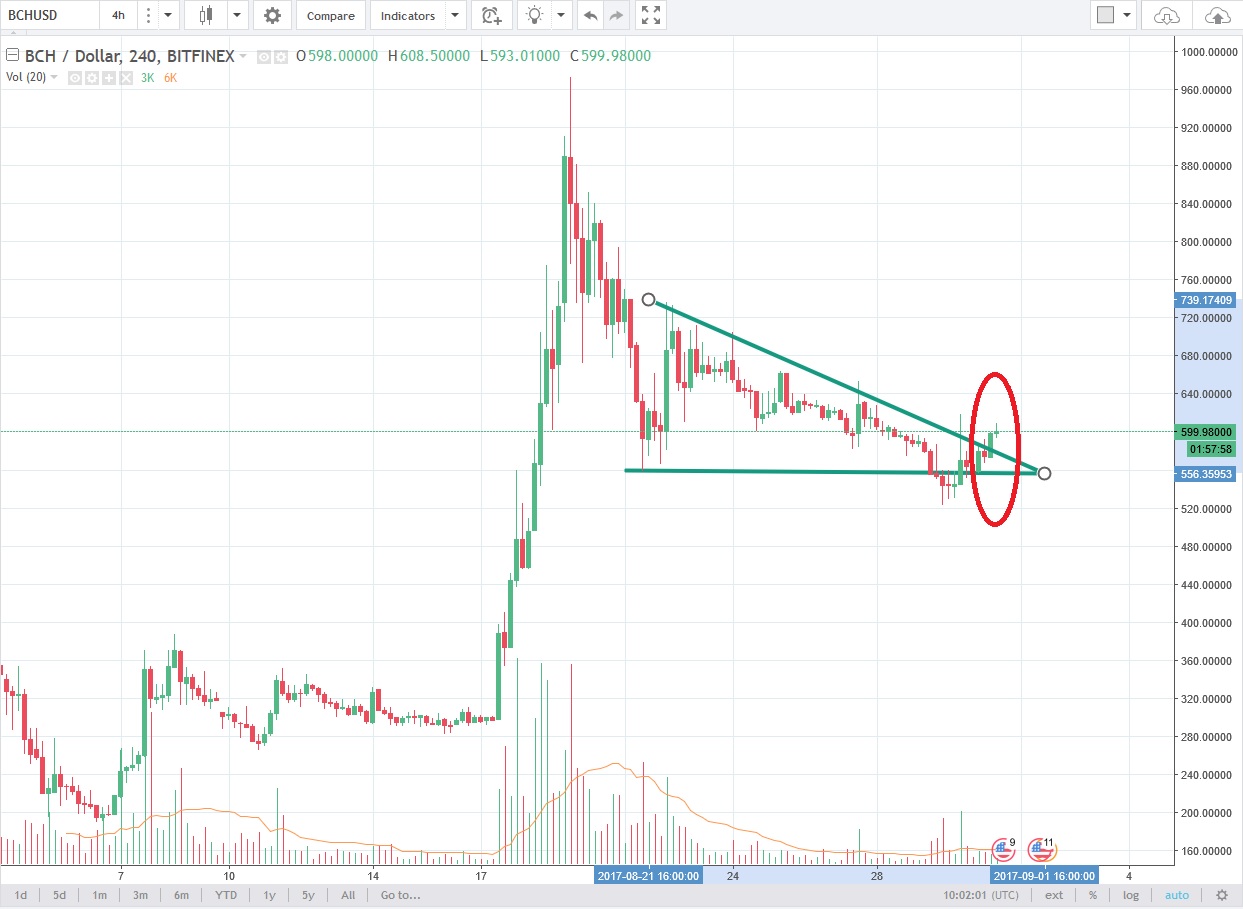 However, as I explained you in my previous article here , it would be really interesting to see now how the BTC will react in the coming hours.

The last days, we have been able to see that the BCH is decorrelated from the Bitcoin. When the BTC was dropping, the BCH was increasing and vice versa.

I really hope that this breakout of the BCH is not the first sign of a coming correction for the BTC. Please keep in mind that we are on new highs on the BTC and that a major correction could happen soon and be used by the BCH to confirm his breakout.

PS : Never invest more than what you can afford to loose. This post is my personal opinion, do your own research before making any investment decisions.

Bulls are always better for most of people hehe but it is possible also to earn some money when it is bearing also :p

hope this is not a False Breakout

This needs to be confirmed. Currently it is a bullish indicator but let's see in some hours if it can continues to move up because the BTC is increasing also now so it could freeze the BCH.

Yes I see that the BTC is continuing to increase.
Kinda hard to know at this moment, the BCH is consolidating and the BTC increasing. Perhaps the BCH will return inside the triangle, as I said, it is a possibility.

Now you need to be careful with the BTC, because I already noticed that the BTC likes to do a new high and do a correction the same day.

Let see what will happen and try to understand the logic if there is one ;)

The BCHEUR shows another kind of triangle but it doesn't show any breakout...
What's your opinion on this?

To be honest, I look only the charts in dollars. We could start to check it in different currencies, in yen also why not. So yeah I focus only on the chart I trade. But as already explained, all these info are indicators, it is never 100% sure. Let say that you have more probability that it goes in that direction.
Please use these info to do your own analysis and make your own opinion.

Ok, thanks. That's how any info should be used :)