Are You Ready for the Bitcoin Short Squeeze? 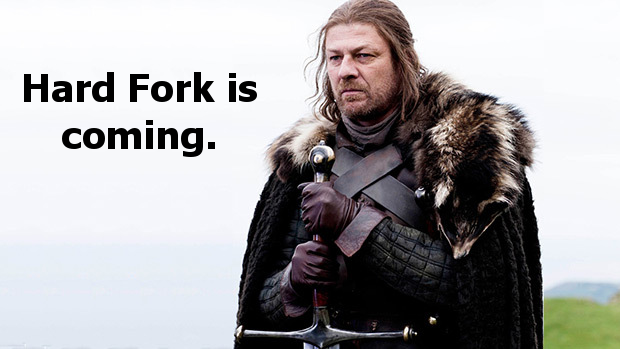 Forget about SegWit versus SegWit2X versus UASF. Right now you need to be prepared for the User Activated Hard Fork by Bitcoin Cash on August first. Yes, this will probably affect you even if you don't care about Bitcoin Cash.

For the purpose of this article, we do not care what the reasons are for the fork or the politics involved. We only care about that fact that "Hard Fork is Coming" on August 1st, and how we can benefit from it, or at minimum what we need to do to protect our assets.

The reason this hard fork is significant is that those who hold Bitcoin in their own wallets will be able to hold their coins on both chains after the fork. This is similar to what happened when Ethereum split into $ETH and $ETC last year.

A group of exchanges, miners and wallets has announced a big-block hard fork of Bitcoin on August 1st, which will create a new form of Bitcoin called "Bitcoin Cash" or "$BCC". It is also being called "Bitcoin ABC" by some because it uses the Bitcoin ABC client. Several miners, wallets and exchanges have announced support, including:

Essentially, all Bitcoin holders will get free $BCC of an amount equal to their $BTC balance at the moment of the hard fork. This is being called "the air drop" in the forums.

For the full, updated list of which exchanges do or do not support the BCC split, go here:
https://steemit.com/bitcoin/@belerophon/list-of-exchanges-who-do-or-do-not-support-bitcoin-cash-the-split

Just as Ethereum Classic has continued to exist with its own community and maintain some level of value, it is entirely possible that $BCC will behave in a similar manner, making it worthwhile to get them. Then you can either hold them or cash them in, for say $BTC.

Why This Affects Everybody

If your exchange does not support $BCC, it means they may (and probably will) take the "air drop" free coins for themselves.

Bitcoin Cash is likely to trade far below the price of Bitcoin, especially if lots of Bitcoin holders collect the "air drop" and dump their coins on the markets that support it. But, if you have a substantial Bitcoin balance, getting a free 5 or 10 percent worth of $BCC coins is not something most people would pass up. Rational actors don't usually leave money lying on the table.

My prediction is that a substantial percentage of the traders using Bitcoin exchanges are going to liquidate some or all of their holdings in alt coins, convert to Bitcoin, and withdraw their $BTC from the exchange in the run-up to August 1st.

Again, regardless of Segwit2x’s progress this fork most likely will happen and bitcoiners should be prepared. There are a few days left until August 1 and those looking to acquire Bitcoin Cash should remove their coins from third parties into a wallet they control. -- source

“Customers that desire access to UAHF [AKA Bitcoin Cash] coins should withdraw their bitcoin from GDAX by July 31.”

If many suddenly start pulling their Bitcoins out to participate, this will probably cause a $BTC short squeeze on the exchanges. This will put major upward pressure on the price of Bitcoin, possibly setting a new record high.

However, a few days after the hard fork, once they have collected their $BCC, the very same traders will probably put their $BTC back into the exchanges, and get back into their alt coin positions at much lower prices than when they left. A flood of incoming Bitcoin will be sold for altcoins and fiat on the markets. Depending on how much of the market does this, it could very well cause the Bitcoin price to retreat significantly.

The hard fork seems very likely to cause a "Bitcoin Run" on the exchanges that will "stress test" them all.

Don't panic, Bitcoin is anti-fragile. Any exchange that is full reserved should not be threatened.

But the problem is that we never know which exchanges are fractional reserve until AFTER they collapse.

Any exchanges who have been running on fractional reserve have a high likelihood of failing this coming week. The exchange BTC-e is already down, though for a different reason, the operator was arrested.

Therefore, a second reason to get your $BTC out of the exchanges now is to avoid a possible run later this week. (Yes, I realize that saying this can cause a run by itself, but I am merely pointing out the obvious.)

If any exchanges fail this year, they're probably going to fail between now and August 1st. As the day approaches, the withdrawal orders could also overwhelm the exchange's ability to fulfill orders, leading to delays.

Between those wanting to collect free $BCC and those wanting to get their money out of the exchanges before the "stress test" it seems very likely that there will be a short squeeze on Bitcoin in the next five days.

There are three ways to speculate on the Bitcoin Cash hard fork:

List of Exchanges Announcing They WON'T Support the $BCC Split

[This list is undoubtedly incomplete, so ask your own exchange.]

How to Be Safe

As always, the safest way to hold Bitcoin is in a cold wallet for which the keys are not stored on a computer. Second best is a trezor or other hardware wallet that holds the keys for you. Exchanges are the most risky places to hold your Bitcoin. This is not a new problem.

Best article I've read so far about the upcoming hard fork and how to be prepared. Thank you very much for posting it! I found it so helpful that I shared it with me Telegram trading group so I hope that gets you lots of views.

Exodus may not be the best wallet when it comes to safety because it's not 100% offline. It's better than leaving your money in an exchange for sure. I trust Exodus with small amounts of money and love the minimalist UI and the seamless ShapeShift integration on it.

So this might be a daft question. How do you actually collect the BCC if for example you had bitcoin in a trezor wallet for example.

You don't have to "collect" them because your existing wallet keys will work on both chains after the fork. So you simply "have" them. But, you will need to import your keys into a wallet that uses the Bitcoin Cash network in order to see and use them.

If you use Trezor with Electrum, you will have to install electrum in two directories, and import the Trezor keys into the second install. You also have to change which server the BCC wallet looks at. Details here:
http://docs.electrum.org/en/latest/hardfork.html

It looks to me like using the Trezor online wallet would be the simplest and easiest way to get your split coins.

Some great info there. Thanks a lot mate. I t was genuinely confusing for me but I get it now. Thankfully I have a trezor and use the online wallet!

very informative. thanks for sharing

thanks, well written article, upvoted with 100 %

Great post and very insightful. 👍
Thank you for sharing.