As most of you would know, my wife and I took a weekend break to the Limpopo Province of South Africa. The real purpose of this trip was to visit a Craft Brewery named Zwakala, which means come closer and that is exactly what I did, I went to visit. The Brewery is approximately 300km away from my house, thus it is a 600km round trip. To get to the Brewery, we had to drive over a gravel road, through a forest, this brewery is definately of the beaten track. We drove with my wife's VW Polo, which did a rather good job off-roading!! Just look at the road, not exactly smooth sailing!! After a rather rough drive, we finally arrived at the brewery!! I needed some cold beer, to wash down the dust from my throat!! At the brewery, you buy your beer, over the counter with the brewing tanks right there, in the background, you cannot get much closer to the source than this!! Below you can see the beer taps as well as a Gin tap, and our very friendly barman, this guy was really friendly and was passionate about the brewery and their beers!! I started with the Zwakala Lager, pictured below, it did not have much of a head as can be seen. The beers are unfiltered, and tastes quite good, I liked this one!! Below you can see the story of this brewery. The brewery was built in an old work shed!! My wife and I strolled around on the premises, as you can see this brewery is built in very beautiful surroundings. Some more of the beautiful surroundings where this brewery is situated. An artistic photo of the half full glass, luckily there are tanks full of the good stuff, should your glass become empty. The bar tender, who is also the assistant brew-master showed us around and explained the beer brewing process to us. The next beer was a Zwakala Moringa, moringa is a type of fruit, which you can read more about by following this link. This beer had a bigger head, and I could taste a bit of the fruit, but not to much, this one was also great tasting and very healthy, if you can believe all the health benefits of the moringa fruit!! As you can see the beer has a beautiful head, with some good carbonation. They brewery had this very nice couch outside where we could sit and relax, while drinking our drinks, just look at the view!! I hope you liked my post as much as I enjoyed living it!!

All photos were taken using my iPhone, at Zwakala Brewery, in the Limpopo province of South-Africa.

Wow... what a great journey! Sure the car performance is awesome as it is able to travel at such an uneven road. I did not have the chance to travel to this kind of place and I think it is really unique.

I agree with you the place is definitely unique.

Wow very beautiful photography
Thanks @rynow
Have a great day

your round trip about 600 km is successful to get those drinks, lovely atmosphere and bar that serve good hospitality.

really this brewery just beautifully and you capture every photo very talentfully.this place looks very awesome. Wow interesting "beer" post. I like fruity drinks and I also like Ciders, I guess it must be a great combination as I can tell from the color! i like your beer taste...you and your wife to see very beautifull.have a nice saturday..thanks to sharing for your good post..good couple..take care yourself and best of luck of your great work.may god bless you.my blessing alltime with you.all the best.again thanks for your support my work fully alltime.my dear friend.. @rynow

yeah dear welcome to your great work.you always doing best work in this platform. i don,t know are you seen my sms?if yoi seen my sms obviously reply doing but i know you are a great person in this comunity.always support my work and foing alots of help.you big hearted thought gives everyday alots of encourage my work.thank you for your best comment.very well done.take care yourself and best of luck of your great work.may god bless you and your cute wife . live long happily.. my dear friend. @rynow

Beautiful nature that you've passed timewith here..... one of the journey!

Very charming.... have a nice time!

@rynow - Sir it's a nice destination to have a beer... Beautiful photography Sir...

Excellent photo and very interesting brewery, this beer is excellent! Thank you @rynow

very beautiful scenery like in the movie I see ...

A great beer @rynow and I'm sure he has a superb taste!

Well description and tremendous photography. This time you selected wine for beer.

Both of you looks beautiful and lovely dressed . Nice and quality photos

A great holiday, these dishes and wine on your photos are simply delicious! Thank you @rynow

Excellent photos and this post is very amazing! Thank you @rynow

Cheers, dear.Thanks for sharing it

Great adventure and a lovely place to taste some special type of beer, I like beer that is made in its natural form. The beer looks nice and unique. And the scenery of the environment looks awesome. Nice and colorful photos @rynow

awesome post @rynow! Love the many pictures and that brewery is for sure out of the way. pretty cool

Yes, I loved it and the bartender was really great and very friendly, and the nice view from the place just made it!!

I’m impressed by your dedication to find good beer. This sounds like a great trip. I can say I’m honestly jealous.

The trip was great!!

Wow! What a beautiful photography
Thank you for sharing with us

@rynow, Such a fantastic location to taste beer brewery. So glorious images found.

beautiful photography man. thanks for sharing

Pictures look great, and the place is awesome ...thank u @rynow

What a great place to grab a couple beers! That scenery is incredible. Looks like the perfect place to relax and knock back a few cold ones. I'd love to visit South Africa some day. The more images I see from there the more I'd love to travel there. I've heard it's an offroaders dream vacation.

Yes that is right, there is many off-road opportunities. Thanks for the nice comment.

Yes, the route reflects rough but in my opinion the destination is beautiful and natural and pictures truly telling that you both enjoyed the time and your artistic picture is so awesome and i know it will be filled soon. 🙂

The place was really very beautiful with great views!!

Great to hear that. 🙂 The Enjoy of the journey is very beautiful

It was a great journey.

what an amazing place this is! Just amazing. Thanks for giving us the chance to see it....

Seems both of yours happy and enjoy there. Awesomeness environment. Cool looking beer. I see both of you too young.

Yes, we enjoyed the trip a lot.

seems traveling is your passion @rynow

Wonderful location it is and wonderful pictures
its mean you have a great time there.

@rynow - Sir it's a nice destination to have a beer... Beautiful photography Sir...

what a moment!!!
very nice!
thanks for sharing I love these pictures,thanks a lot for sharing.

A great holiday, these dishes and wine on your photos are simply delicious! Thank you @rynow

Cheers, dear.Thanks for sharing it

Yes, we loved the place a lot.

amazing photography...the hill looking so beautiful.....i waiting for your next post

This is so cool,thanks for sharing.

This is so cool,thank you so much.

To enjoy a beer tasting session, looking at that beautiful view well worth the long bumpy ride to rev up a good thirst @rynow

It was really worth the trouble!!

nice place.. have a wonderful day...

looking so great and nice to see our eyes. Those foods feel increase. Gorgeous moment.

Both of you are looking so beautiful.
Just like made for each other @rynow

amazing photography...the hill looking so beautiful.....i waiting for your next post

Thanks @rynow
Have a great day

what a moment!!!
very nice!
thanks for sharing

Thanks @rynow
Have a great day

@rynow,
Wow it's a great creature! You made a great photography! It's not an easy! 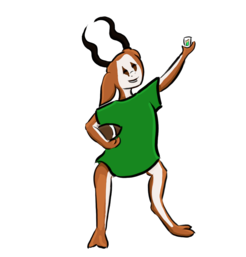 This post has been selected as the Springbokkie Pick of the Week for showing us a glimpse of what makes South Africa great. Keep posting great South African content, building the #teamsouthafrica community, and connect with us on Discord Chat, if you're not already there. We look forward to chatting with you.