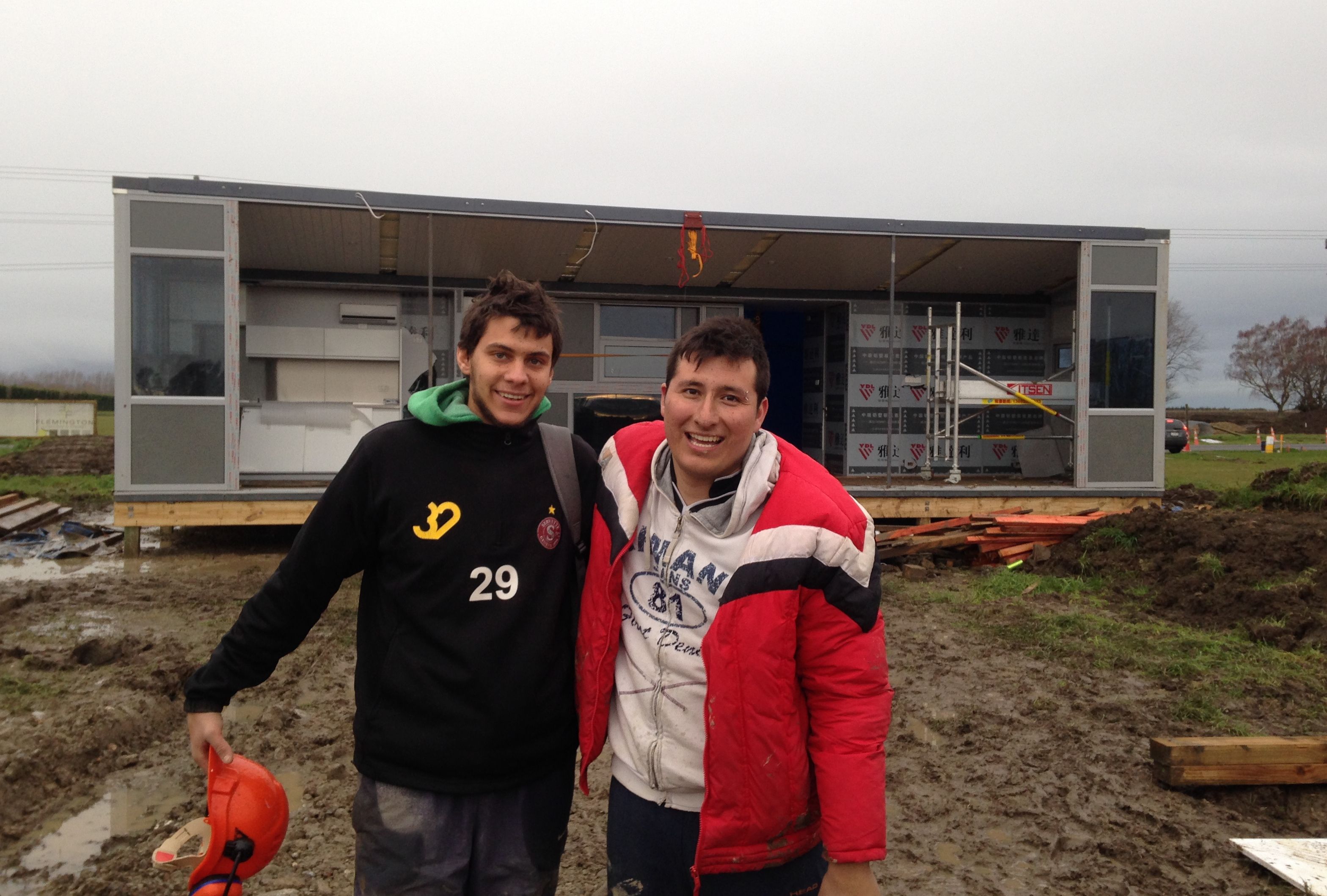 Building a house that unfolded itself.

I never worked for a job agency before arriving in Christchurch, to be honest, I didn't even know that job agencies existed or how it worked.

Christchurch is a city that had a couple of big earthquakes in the recent past which lead to an increasing need for construction workers. Follow the advice of everyone I met at the moment I went to ask for a job to an agency named AWF.

Some of my friends, tend to repeat to me that I'm a lucky person, I've won stuff on draws, I've won money betting and in casinos. I got my first job the same morning that I went to the agency. They sent me to a company that needed a person for a week because apparently everyone got injured at the same time, the job was easy.

I was carrying some stuff around when the boss; walking on his orthopedic boot, asked me to go with him to the doctor. 'By law, you can't stay here alone, needs to be at least two people all the time in case that there is an emergency. I have an appointment with the doctor, you'll have to come with me.'

As we got close to the clinic, he parked his car, gave me 20 dollars and told me to go have a breakfast while he was with the doctor. I was getting paid by the hour and getting a free breakfast so of course, I took the offer.

Sadly, my dream job lasted just for one week. After my first week, I kept going to a lot of different jobs in different places and for different companies. Some of them were nice and easy, some were hard, some other were boring and some were very well paid.

Something that felt a little bit bizarre about working for an agency was that I was never there to see the end of the job. I was there for one to five days which is not enough time to see how a construction project advance. That's why I really enjoyed the job with a kiwi guy named Rod.

He was kind of a crazy person, he yelled to everyone but for some reason, he trusted me to a point that all the other workers started to say that he was kind of in love with me. He was a designer that created houses that unfolded from a trailer. He designs and builds it in China then he ships it to NZ and hires an army of people to install it in under a week.

It was the only job from an agency where I could see the project from beginning to the end. The job was physically hard, it rained every day, was muddy and I was exhausted at the end of it but I felt pretty good when I saw the final house built in under a week. How the house looked at the end.

Working for a job agency was a nice experience and was an easy way to fund my travels. A lot of more stuff happened to me, working for the nice and crazy kiwis, but it will be a story for another occasion.