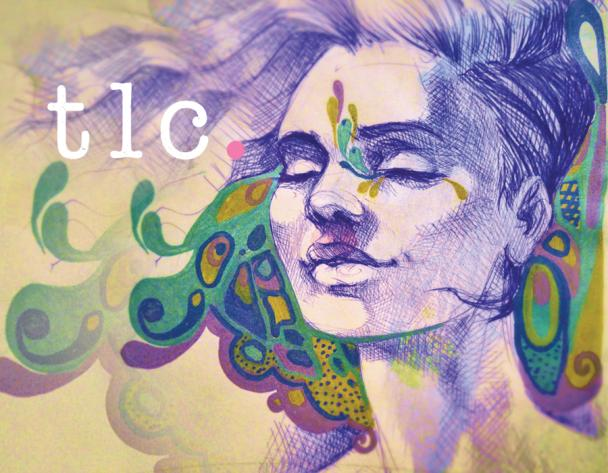 "Colors of the Wind" by @ankapolo

So @ankapolo, who is the best, an onboxiously talented artist, taught me how to drag and drop thumbnails/images my first day on Steem.it, and I decided to try a thing where I would write a brief thing based on a picture she sent me, and she woud draw something based on something I wrote. This is the first go at that.

It was at that moment he remembered the colors. Not the hue or tone, but their existence. It produced an uncommon emotion or a rare mixture of them (he'd have to assume): a melancholy condescension, prompted by jealousy and admiration, served with a coy smile even he couldn't articulate the intended meaning, or even if there was a meaning to hide.

Which is just as well as the hue and tone are irrelevant, though not meaningless; soleley in this context. He could describe - he could describe a lot of things, but they're not important, though in the act of describing what something is not ("important") one tends to assume your intended communication is the other something, in the act of comparison, is the opposite of before denounced trait, which may or may not be true.

The colors can make it all very confusing.

It's not what the colors convey or represent merely that their existence and their multitude in hue and tone convey the need for said multitude, proof of some depth nuance absent or invisible to his current state of sight. While her sight, forget her sight his sight of what gave her sight, those alone enough piqued existential curiosity, curiosity the only thing that truly existents to those who have seen too much, his smirk growing into a smile soon to be followed by flicker of tongue to meet tone, but as if they were connected by pully his smirk to smile seemed simultaneous to her smile to smirk, turning and closing her eyes in that you know what way.

The image stayed with him for a second.

The problem with seconds is they don't stop.

That is absolutely beautifully written, impressive

thanks, not a huge fan of this one personally, not sure why

each color a story. each nuance a love between colors, each life a favorite color. a color that says a message. You are the color that I like the most. the inner color of you. the one that nobody sees. the one that I only see. a colorless color. "waoo, that publication brought out the poet that is in me, hahaha I liked very much how beautiful, I am a painter and my life is the colors, I will always follow you and I want to see more of this.

Thank you @betzaelcorvo yes, Music is color, words are color, the soul is color... colors can dance.

i remember my first tryptamine

Hi, they asked me what color you are? and responded green because it is the color of life, the universe is full of green. and the universe is you. Someday you will be in another and also life will be green. Greetings my life

i love green! its easy on the eyes :) It is in the heart of the spectrum, and right between the cold and warm colors, bringing peace and balance.... thank you @betzaelcorvo.

What color am I inside, in your opinion? A saucy mauve?

for me you are purple. the color that has spirituality, and imagination, and sensitivity.

and what color is @ankapolo if you don't mind? i'm betting teal

Green color is my answer. if you bet luck and you win. I like your art. and I also like the bets. I hope to see another work.

so a sassy mauve! Called it!

Thanks for supporting me in the open mic contest. I will be composing more romantic songs like you. regards

Also, thank you very much for the kind words and I hope the poet in you and you get along.

you inspire me to be a poet. "I would like to be water and in my waves you would come to bathe and so dream alone and kiss you" a poetry of mine. It's short but it says a lot. I hope you like it. regards

thank you friend for your support and that strength that makes me move forward. I will be with you accompanying you on this wonderful trip. On this ship you go with me. regards

Thanky you! Can I ask which of us is the star and which is the fire?

I wish I could Paint My Comments because I really wanted the star to be on fire ! That’s what I think of this art 😃

haha well thank you, but dibs on star (i want to fly on it you see which is difficult while aflame)

haha! thats great, i dont even know how to make these emojies... but i take the fire! @mitthradiumn can have the star :)

Seems to me your having a collaboration with @ankapolo.

Your skillful. This post is nicely crafted in telling a connection between colour and 'him'.

haha, kinda :) we are swapping some images for words :)

@ankapolo and @mittradiumn, I’m following both of you now, and looking forward to masterpieces from you guys. Enjoy your collaborative journey where lots of spark out of the collaboration will take your works to next levels.

Thank you, and yep @ankapolo and I are going to be doing a couple of collarborations.

I like this alot. You are a very creative person.

Thank you @mitthradiumn for making a transfer to me for an upvote of 0.74% on this post! Half of your bid goes to @budgets which funds growth projects for Steem like our top 25 posts on Steem! The other half helps holders of Steem power earn about 60% APR on a delegation to me! For help, will you please visit https://jerrybanfield.com/contact/ because I check my discord server daily? To learn more about Steem, will you please use http://steem.guide/ because this URL forwards to my most recently updated complete Steem tutorial?

This post has received gratitude of 0.84 % from @appreciator thanks to: @mitthradiumn.

This post was resteemed by @steemvote and received a 45.96% Upvote

Good job! Thanks to @dometech you have planted 0.13 tree to save Abongphen Highland Forest in Cameroon. Help me to plant 1,000,000 trees and share my Steem Power to the others. Selfvoting is prohibited, but that should be the reason to spread the world to protect our precious environment. Check out profile of our conservation association @kedjom-keku and the founder/coordinator @martin.mikes to get more information about our conservation program. My current SP is 14511.27. Help me to plant more trees with your delegated SP.

This post has received a 2.35 % upvote from @boomerang thanks to: @mitthradiumn

This post has been voted on from MSP3K courtesy of @kubbyelizabeth from the Minnow Support Project ( @minnowsupport ).