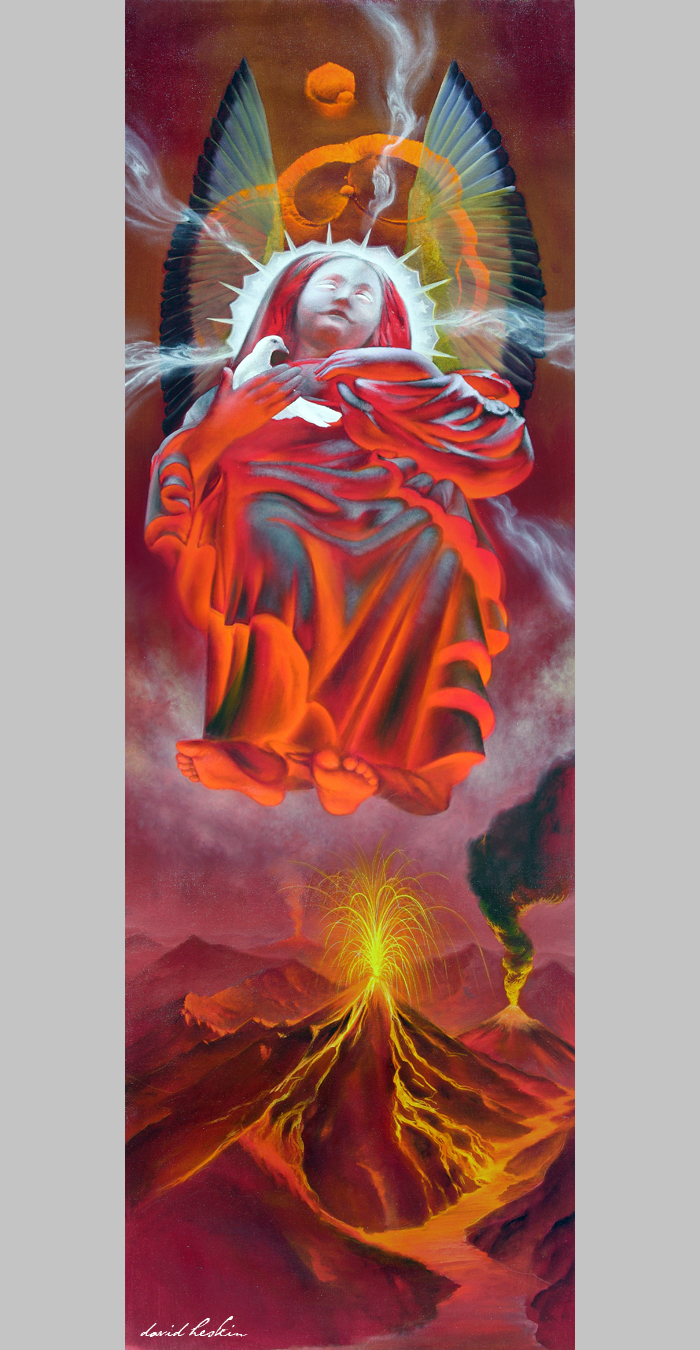 The planet Mars is the archetypal warrior-hero, the ultimate model for kings in all civilizations and cultures worldwide. In this interpretation, peace is found through accepting and forgiving violence and upheaval in the past. The intense planetary interactions between Mars and Venus in the prehistorical epoch continue to affect the core of humanity, as viewed through this lens, all war is an unconscious expression of the collective human trauma incurred when Earth experienced destruction and violence on a planetary scale as a result of cosmic events.

Wearing the crown of Venus, the Angel of Peace creates a bridge to this ancient story. Plasma discharge flows from her crown to electrically sculpt and scar the entire surface of Mars, illuminated in the distinct and clear scalloped detail of the Olympus Mons Caldera.

The current scientific interpretation of Olympus Mons is that of a shield volcano, although it matches none of the characteristics of the shield volcanoes known on Earth. Rising above the volcanic landscape (transcending old-paradigm understanding as well as the destruction symbolized by the volcano’s eruption), the Angel of Peace holds in her hands a white pigeon- an apt symbol for peace in the modern urban environment.

I like this a lot too.. I like the angel's eyes or the lack there of maybe? Cool, and nice explanation. Thanks for sharing your art